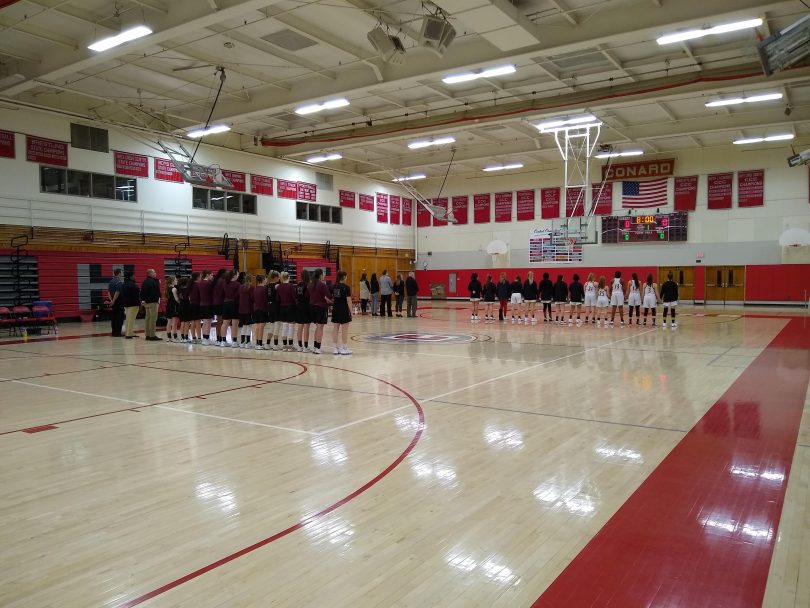 Through the first six games of Azaiyah Felder’s junior season, she’s scored over 20 points in each one.

Thursday night was no different, as Felder sparked the Conard (3-4) girls basketball team with 29 points in a 50-38 win over Farmington (2-7) in West Hartford.

“Her growth is absolutely amazing to watch, and tonight it was really fun to watch her play basketball, and I think a huge piece of that is her teammates,” Conard head coach Laurie Cersosimo said of Felder. “They have her back, they help her, and they work well together. … Tonight was just awesome. It was such a good team win, and Azaiyah just played basketball.”

Leading 22-21, 15 seconds before halftime, Felder made a basket and three free throws to give Conard a 27-21 advantage at the break. She scored 16 of her 29 points in the first half.

🎥: Elbow jumper by Felder made it 24-21 with 15 seconds left in the half. #WeHa #ctgb pic.twitter.com/IyaCl3lUqi

Felder scored the first eight points of the third quarter for the Chieftains, while Tatiana Harrison added a layup to give Conard its largest lead of the game, 37-21, with 5:22 left.

Farmington went on an 8-0 run to slim the margin to 37-29 with 2:05 remaining. Emma Novajasky (17 points) made a buzzer-beating 3-pointer for the Indians to make it 43-34 heading into the fourth quarter.

After 3: @CHSWHAthletics 43, Farmington 34. Indians respond to a late Chieftain basket with a buzzer-beater to end the third quarter. #WeHa #ctgb pic.twitter.com/xNLbdn2m6b

Conard thwarted Farmington’s comeback effort with strong defense in the second half, only allowing four points in the fourth quarter. Cersosimo said defense was a point of emphasis in preparation for the game.

“We stress a lot in practice that it’s defense we’ve gotta work on,” said Cersosimo. “Our offense will follow, but we work really hard in practice on our defense and executing the fundamentals and just doing the little things, and it’s always the little things that are going to get us the wins.

“Our week this week practicing was absolutely phenomenal, and I knew this group was going to come in tonight and absolutely dominate, and they did, the entire team.”