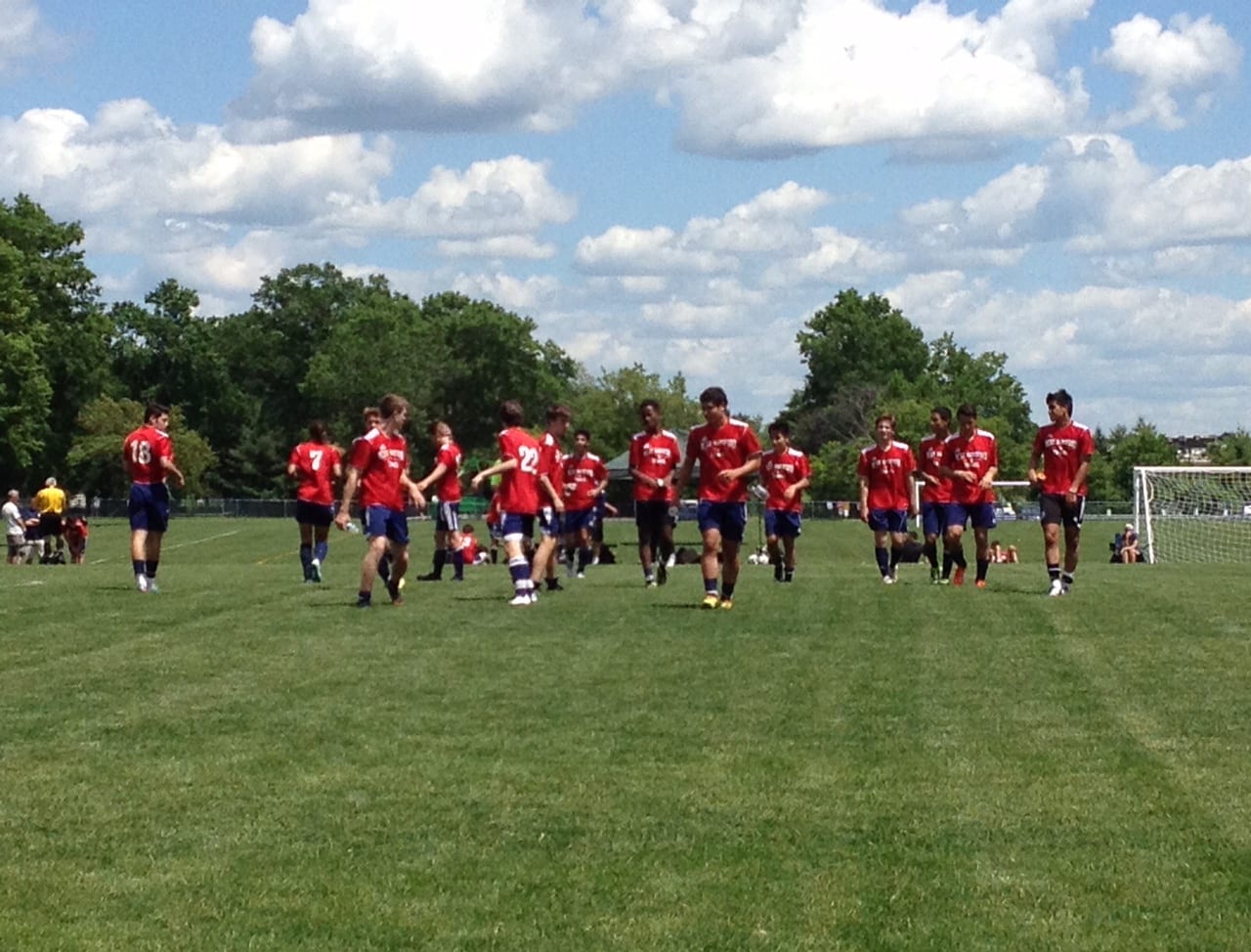 Boys, girls, and women of all ages use the soccer complex that is being dedicated in honor of Paul Glover. Photo credit: Ronni Newton

The Paul Glover Soccer Complex and a bench in memory of Le-An Flaherty will be dedicated on Memorial Day in West Hartford.

A banner will hang at the Glover Soccer Complex until permanent signage is installed. Submitted photo

On the afternoon of Memorial Day, after the parade festivities and veteran’s memorial ceremony have finished, the Town of West Hartford will hold another special dedication event for a town soccer field complex and a memorial bench.

The Paul Glover Soccer Complex, named in honor of longtime West Hartford soccer coach and volunteer extraordinaire Paul Glover, will officially be dedicated with a short ceremony at 1 p.m. as well as a pick-up soccer game. A banner will hang on the fence surrounding the field until permanent signage is installed.

Glover’s contributions to soccer in West Hartford are countless. He has coached in the West Hartford Girls Soccer League – both the recreational and travel divisions – for more than 38 years, and has also volunteered as a coach in the West Hartford Women’s Soccer Club since its founding in the 1995. He has also served on the boards of both organizations.

Glover has also been named Connecticut Junior Soccer Association Coach of the Year and a March of Dimes Women in Sports hero. He is also a member of West Hartford’s Veterans Affairs Commission.

Glover also serves on the board and has been an integral part of the Field of Dreams, the non-profit organization that raised money to build the soccer complex that will be named in his honor as well as fields at Eisenhower Park and Whiting Lane School.

In the late 1990s, Glover, at the time the vice president for marketing and business development at Goodrich, worked to negotiate an agreement with his employer for the West Hartford soccer leagues to use eight acres of its property at the intersection of Flatbush Avenue and South Quaker Lane as soccer fields.

In 2002, the Town of West Hartford purchased the land for $1.5 million, and Field of Dreams raised approximately $600,000 to renovate the fields, Rubino-Turco said. Field of Dreams has raised a total of $1 million since it was founded 18 years ago, and continues to fundraise and donate back to the community. A concession area and restrooms were recently added to the Paul Glover Soccer Complex, and the complex is used by girls and boys of all ages as well as women in all of West Hartford’s soccer leagues.

When the Town Council voted in September 2015 to approve the naming of the soccer complex in Glover’s honor it was an unprecedented move in West Hartford to name something in honor of a living person. Director of Human and Leisure Services Helen Rubino-Turco credited him with leading “transformational change” for his volunteer work that began as agreeing to coach a soccer team for his own daughter but led to the formation of a girls’ soccer league, a women’s soccer league, and an entire field complex.

“It has been an honor to know and love Paul Glover. This dedication give us an opportunity to remind him of our community’s gratitude,” Rubino-Turco said in an email Thursday. 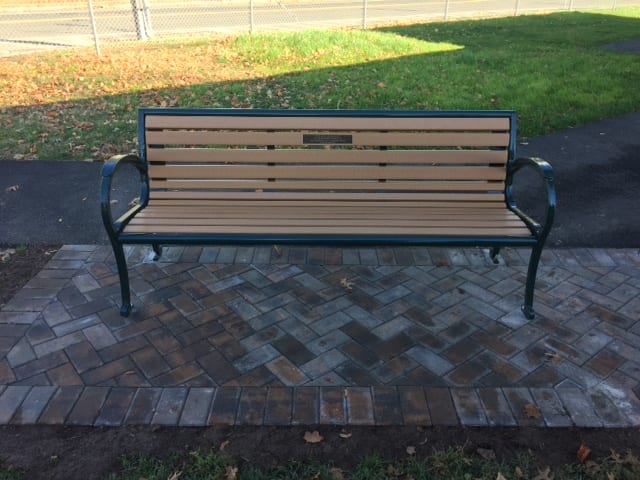 A bench at the Paul Glover Soccer Complex will be dedicated in memory of Le-An Flaherty. Submitted photo

In addition to naming the fields, the ceremony will include dedication of a bench in memory of Le-An Flaherty, a former member of the West Hartford Women’s Soccer Club (WHWSC) who passed away in June 2012. Funds for the bench were raised by members of the community.

The schedule of activities is:

1 p.m. – Dedication at the concession building on Flatbush Avenue.

1:30 pm. – Friendly soccer match. Those who played with Le-An Flaherty or were coached by Paul Glover are invited to participate.

“This promises to be a day of celebration for [Glover], as well as an acknowledgment of our community’s profound loss. I see visitors to the field sit on Le-An’s bench and it makes my heart swell. She would have loved it.

A pot luck celebration will also be held during and after the games, Rubino-Turco said. She is thankful to WHWSC, notably Pam Sutula, Abby Wrinn, and Christina Freeman, for organizing the event.