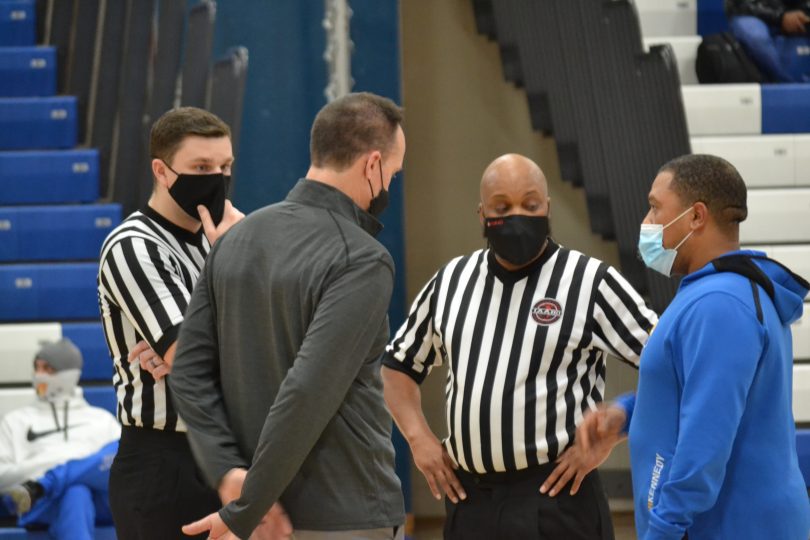 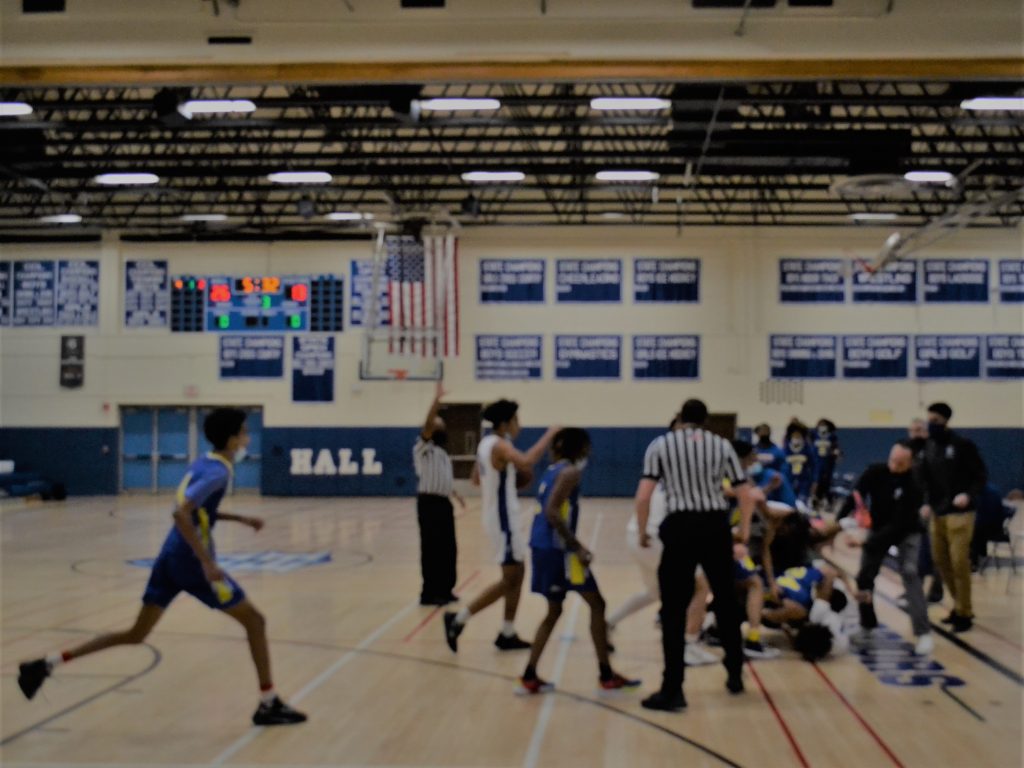 It happened with 5:32 to go in the third quarter and Hall leading 26-13. The officials had whistled a foul on a Harding player near the baseline. The ball went out toward mid court, and that’s where things went wrong.

The ball was thrown into the face of a Hall student. The players then came together and crashed to the floor in front of the Hall bench.Both coaches, officials, and school security came in to break things up.

After meeting at center court to discuss what they saw, the officials called both coaches over for a long talk. After initially having the coaches return to their benches, they were summoned again to center court, and it was then that the game was stopped.

According to one of the officials, a report will now be turned into the CIAC – the governing body for high school sports in the state – and they will determine what happens next. They could end the game at the point of the incident, they could replay the game, or they could cancel it altogether.

There also remains the question of any discipline for the players involved. Officials singled out one Hall student and two Harding students as the players that they were going to focus their report on.

Attempts to speak with Hall coach Bryan Moretti after the game were not successful. 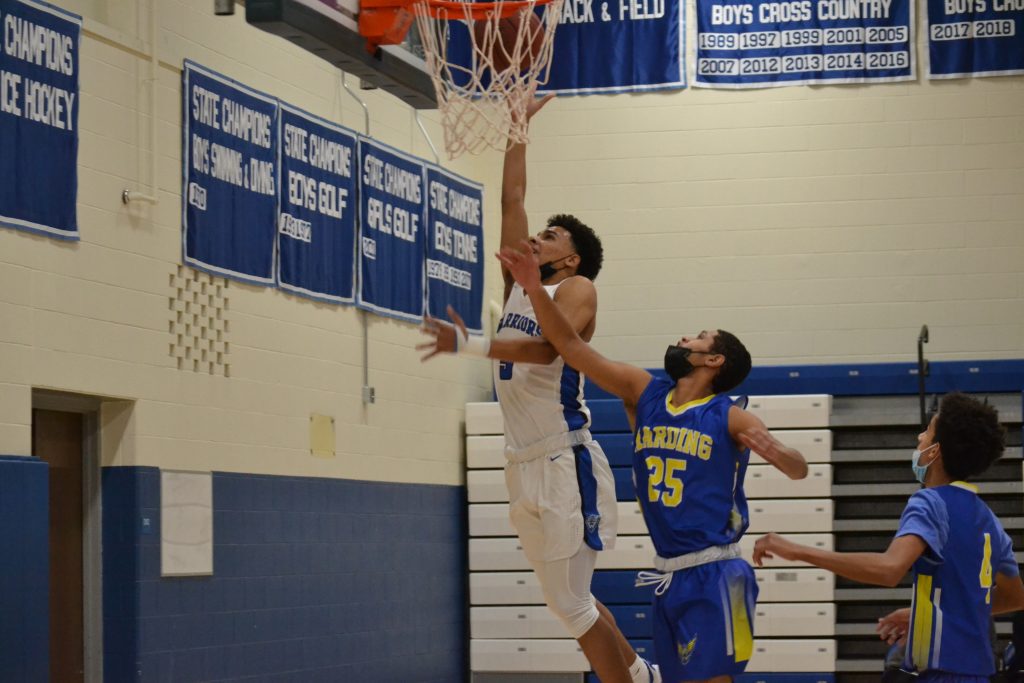 Prior to the incident, it looked like the Warriors were going to win just their second game of the season. The Presidents, out of Bridgeport, also had just one win coming into the game.

Hall started out strong and held Harding to just 5 points in the first – 3 of which came from the free throw line.  Dugue scored half of Hall’s 16 points in the opening eight minutes.

The second quarter saw Harding pick up the tempo, but a lot of missed shots by both teams held down the score. At the intermission it was 24-13 Hall, with Amare Dugue and Joe Dooley both having 8 points.

Only 2 points were scored – by Hall – in the third prior to the fight and ending of the game. 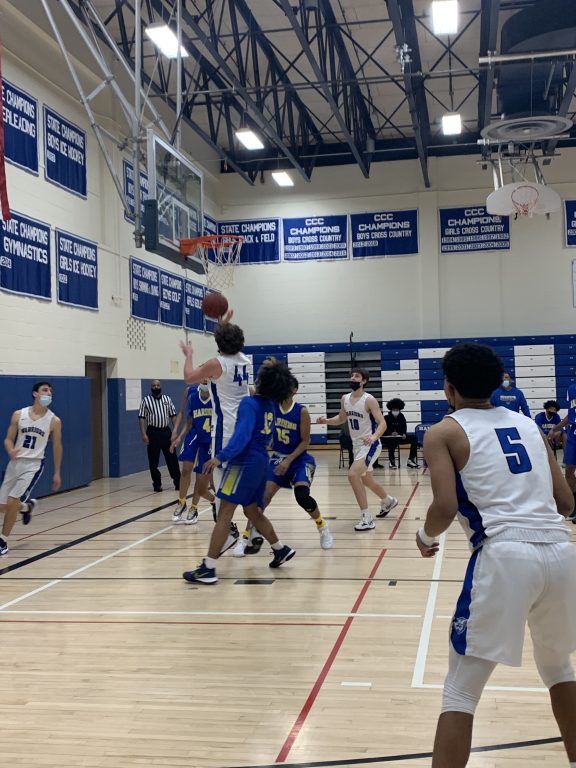 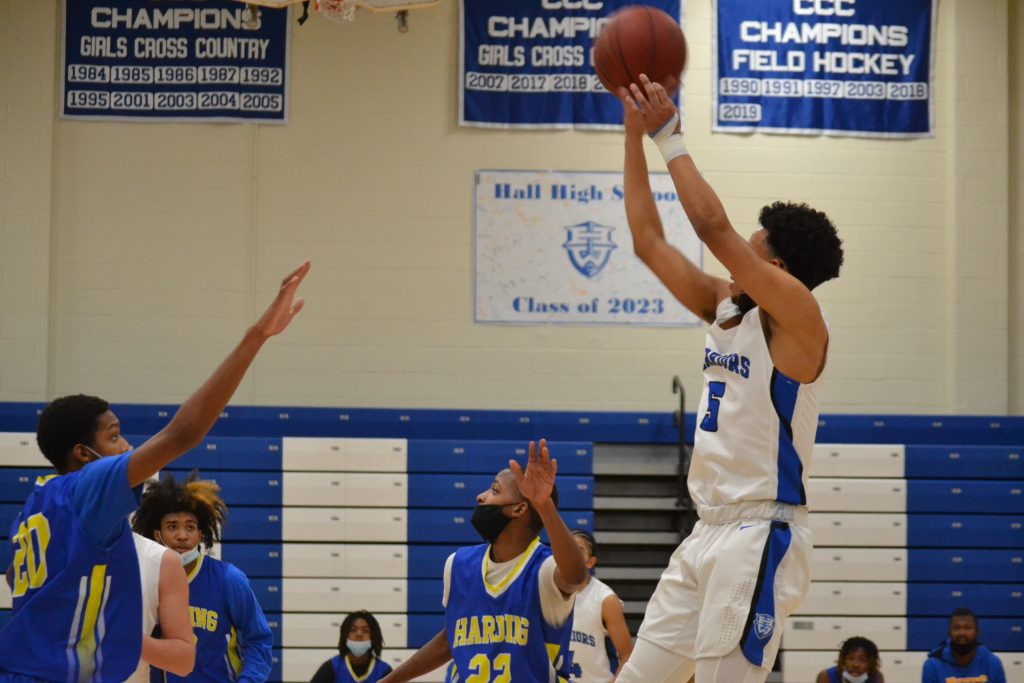 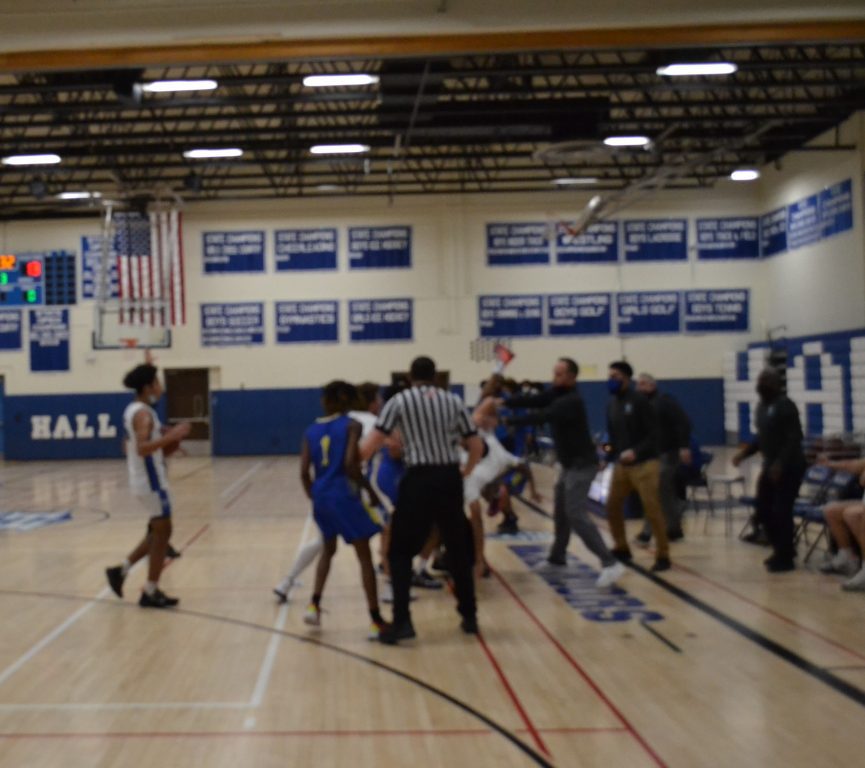