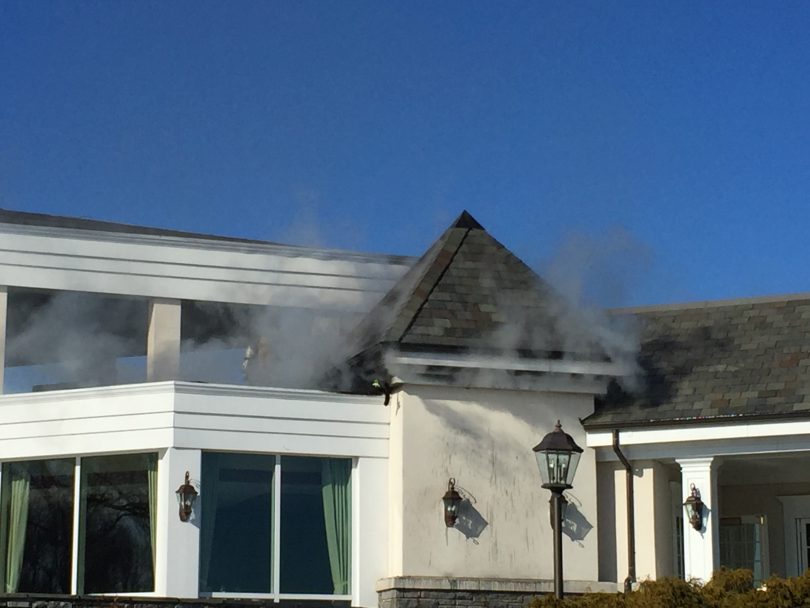 Smoke visible from the roof of Hartford Golf Club, approximately 10 minutes into the incident, after fire suppression operations were underway. Courtesy of West Hartford Fire Department

A fire broke out on the roof of the Hartford Golf Club on Norwood Road in West Hartford Wednesday morning. 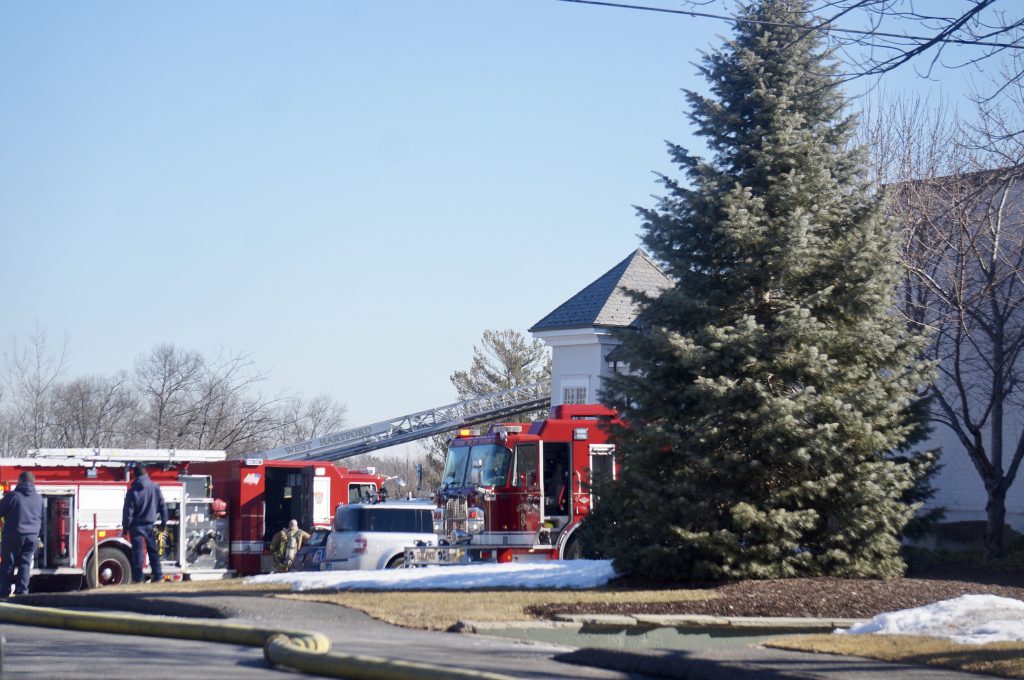 Crews responded to a fire at the Hartford Golf Club, 134 Norwood Rd., West Hartford, on Wednesday morning, and according to Chief Greg Priest, it appears that most of the damage was contained to the roof.

Priest said that reports were received around 9:30 a.m. Wednesday about flames and smoke visible on the roof of the Hartford Golf Club.

“As we were responding to the scene, there was a significant header, a large volume of smoke,” Priest said. Fire alarms from the building were sounded.

There was “open burning” of materials on the roof and significant smoke when crews arrived, but they were able to get the fire under control within about 10 minutes, Priest said.

The fire marshal is investigating, but Priest said it appears that the fire was accidental. Maintenance work on the roof was being done at the time, but information about the nature of that work was not available.

The scope of the fire at first appeared to be more significant than it was, and all five fire companies initially responded. The Hartford Fire Department provided coverage of West Hartford while crews were on the scene, and American Medical Response provided back-up coverage for medical calls, Priest said.

There were no injuries, Priest said. Everyone had evacuated before the fire department arrived, he said. 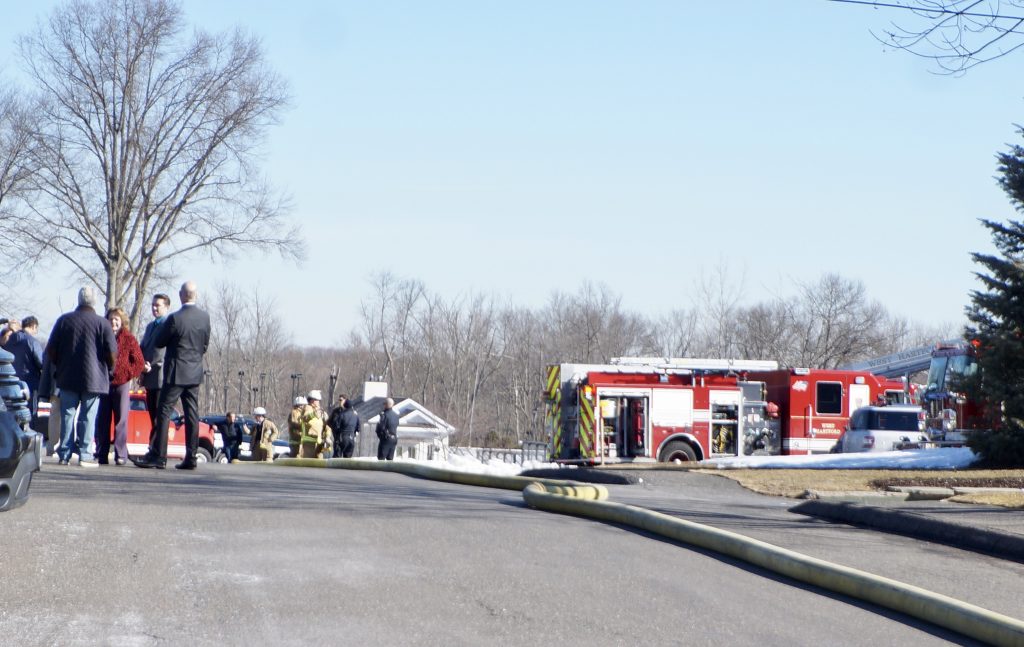 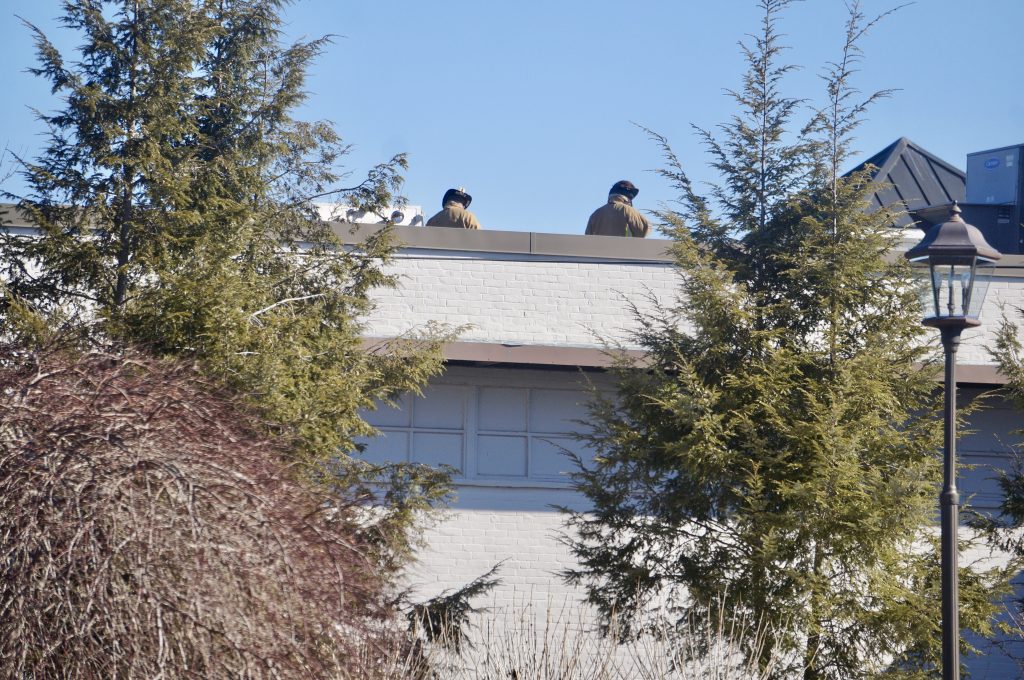 Firefighters investigate the roof of Hartford Golf Club, where a fire broke out on March 13, 2019. Photo credit: Ronni Newton 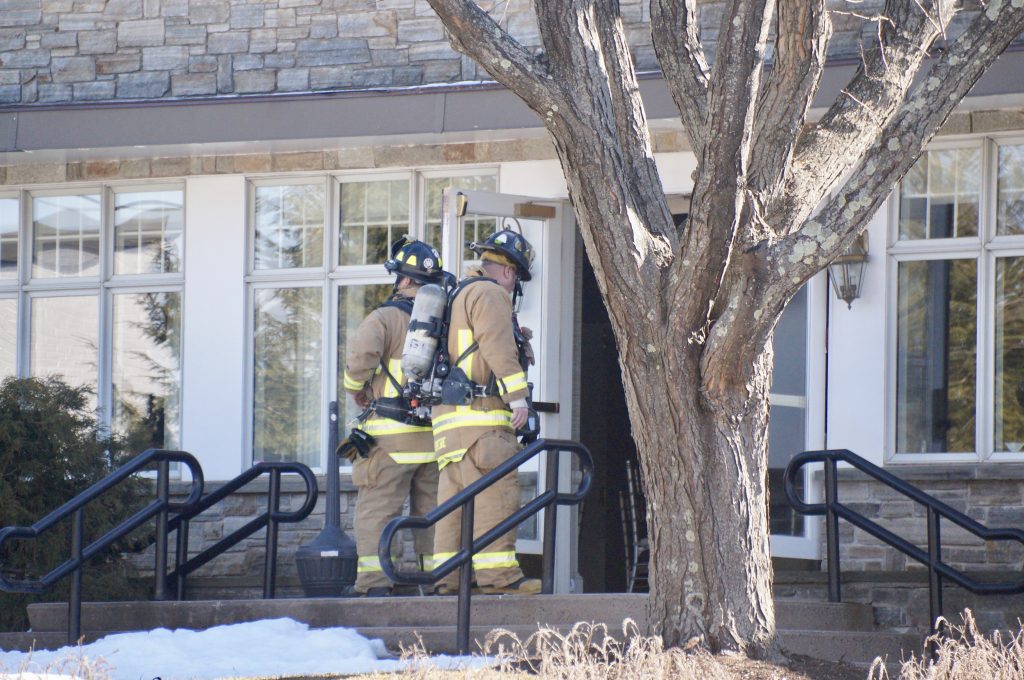