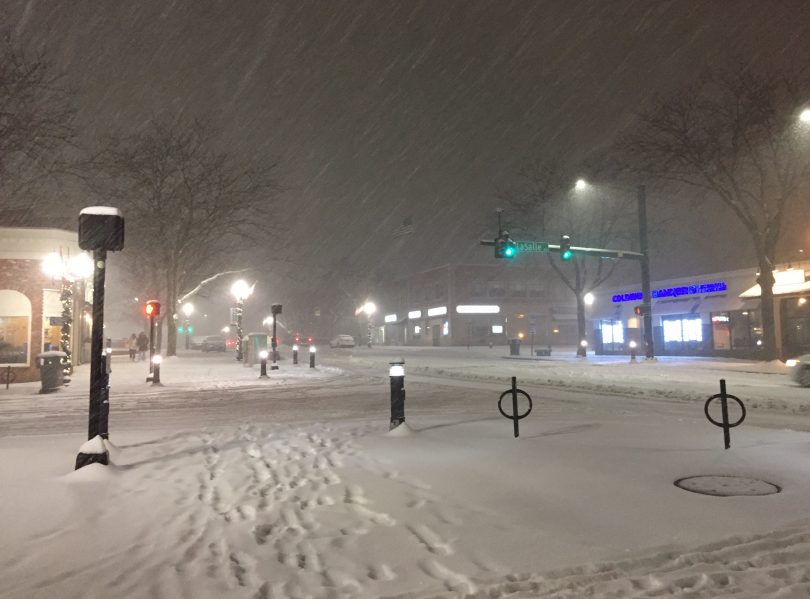 The intersection of Farmington Avenue and LaSalle Road in West Hartford Center was quiet around 8:15 p.m. Thursday as snow blanketed the area. Photo credit: Ronni Newton

More than 7 inches of heavy, wet snow had fallen in West Hartford by 11 p.m. 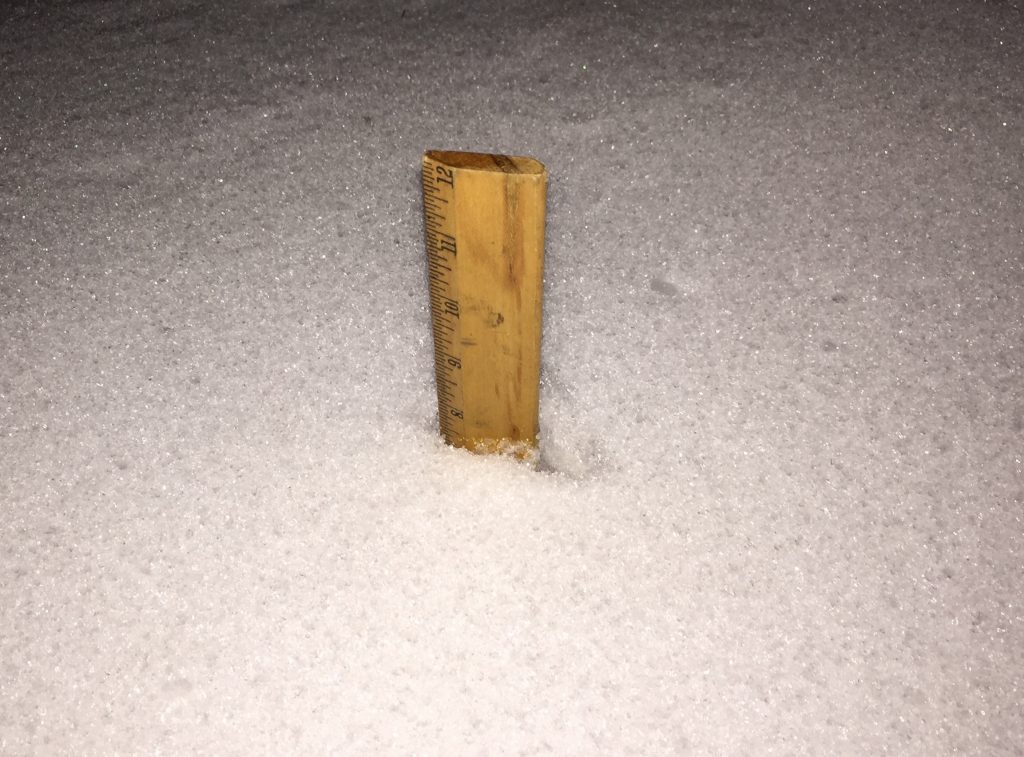 An early season snowstorm dropped more than 7 inches of snow in West Hartford, creating extremely slippery conditions on the roads and challenging drivers who are not in snow-mode yet.

As the forecast for snow became more certain, Director of Public Works John Phillips said earlier Thursday that his department had made the transition from road work to snow removal, and at 2 p.m. Thursday had started filling trucks with a salt mixture to treat the roads.

The first flakes started flying in West Hartford at about 5 p.m. – just in time for the evening commute – and quickly picked up in intensity. Phillips said that snowfall rates were 1-2 inches per hour from about 5:30-8 p.m., resulting in totals that were higher than originally forecast.

Although the full force of plows were out on the roads, there was plenty of slipping and sliding and visibility was extremely poor.

By 11 p.m., approximately 7.3 inches of snow had fallen in West Hartford, and sleet had started to coat the snow.

“We are just finishing the main roads now,” Phillips said at 10:45 p.m. He said that the roads were expected to recover quickly with the approach of the snow/sleet line and temperatures forecast to rise above freezing.

While rain might help in clearing the roads that have been plowed, it will result in compacting the snow in driveways and on sidewalks, adding to the weight. “The snow is very heavy and dangerous for anyone with medical conditions or limited physical abilities to handle,” Phillips cautioned.

A winter storm warning issued by the National Weather Service remains in effect through 7 a.m. Friday. Rain is possible in the morning, but later Friday temperatures are forecast to reach 41 degrees with partly sunny skies and gusty winds.

As of late Thursday night, no announcement had been made about the school schedule for Friday.