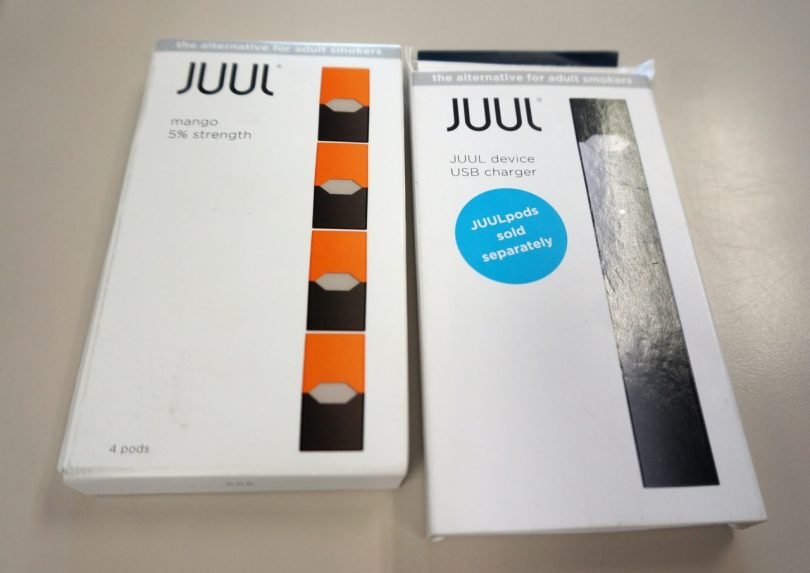 Nationally there have been at least 18 deaths reported.

A person between the ages of 30 and 39 is the first to die in Connecticut of a mysterious lung disease linked to vaping, state public health officials said Thursday.

In addition, the number of vaping-related illnesses here has reached 25, seven more than the last time state leaders provided data less than a week ago.

The first fatality in Connecticut happened last week. Health officials said the person, whose name was withheld, had been hospitalized for multiple medical conditions.

“Sadly, one of our residents with vaping-related lung injury has died,” Public Health Commissioner Renée Coleman-Mitchell said. “Our prayers go out to the family. We are working with the [Centers for Disease Control and Prevention] along with health departments across the country to find out what the specific causes of these injuries are to educate the public by providing the information needed to mitigate the risk of illness and death.”

More than 1,000 cases of the disease have been logged in 48 states and the U.S. Virgin Islands.

No single product or device has been linked to all of the cases, but all patients said they have a history of vaping. Many have reported using vaping products with tetrahydrocannabinol, or THC, a psychoactive compound in marijuana, according to the CDC. State and federal health agencies are investigating. The U.S. Food and Drug Administration has opened a criminal probe into the disease.

Although the Trump administration pledged to outlaw flavored vaping products that are a draw for teens and young adults, lawmakers in Connecticut already are planning to introduce a prohibition at the state level should the federal effort stall.

Members of the legislature’s Public Health Committee have vowed to introduce a bill when the regular session begins in February.

In the meantime, Gov. Ned Lamont said that while he may not have the authority to impose a ban on flavored e-cigarettes by executive order, he might ask lawmakers to tackle it during a special session this fall.

Lamont is also exploring a prohibition on flavored vaping products as part of a multi-state effort to regulate e-cigarettes and recreational marijuana use. Governors in other states, including New York, Massachusetts and Michigan, have temporarily outlawed flavored vaping merchandise.