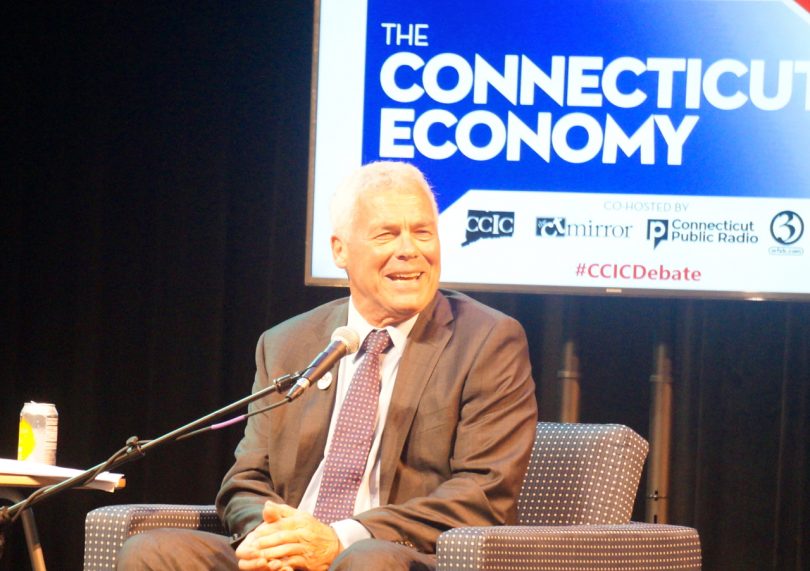 Two-time gubernatorial candidate and former head of the Metro-Hartford Alliance, Oz Griebel, died Wednesday from injuries he suffered after being hit by a vehicle on a morning jog in Pennsylvania.

“Oz Griebel passed away on July 29 as a result of complications related to the pedestrian/motor vehicle accident he was involved in while jogging on July 21,” his family announced in a statement Wednesday evening. “The Griebel family is very appreciative of the outpouring of support they’ve received since the accident and will share information about services once arrangements have been made. They continue to ask for privacy at this time.”

Griebel has been described by his friends and acquaintances as one of Connecticut’s biggest cheerleaders.

“He loved this state and the people who live in it, and he enthusiastically believed that its best days are ahead,” Gov. Ned Lamont said in a written statement. “I loved listening to his spirited energy whenever he spoke about the opportunity to make Connecticut and the Hartford region an even better place to live and work.”

Lamont beat Griebel, but never asked him to drop out of the race—even when it looked like he was siphoning off votes from the Democrat.

“We can all take a page from his commitment to work across the aisle and remove politics from policy,” Lamont added. “He will be missed, and I extend my deepest sympathy to his family. There is no place like Oz, and there was no one like Oz.”

Lt. Gov. Susan Bysiewicz said, “Oz was a ray of positivity, a fierce advocate for businesses, and a kind soul. He brought creative ideas and civility to public life.”

Griebel, a former banking executive who went on to lead the Metro-Hartford Alliance for 16 years, spent the past year working on election reforms.

On behalf of the national SAM, Monte Frank, Griebel’s 2018 running mate, and former Congressman David Jolly, said “Oz was and always will be the vision of courage, a man of passion and integrity, and the epitome of a leader. He represented the best and the brightest.”

“He was a great man, a leader and a champion for our state,” Fasano said. “He worked hard to be part of every conversation about improving and strengthening Connecticut and making our home a better place to live for all people. He was always a gentleman, in everything he did. He truly cared about Connecticut and its people.”

Democratic Party Chairwoman Nancy DiNardo said that Griebel was “the consummate public servant,” even though he never held elected office.

“As a business leader and as a candidate for governor, he raised critical issues and the caliber of the debate. His passing is a huge loss for all of Connecticut. We extend our deepest sympathies to his family,” DiNardo said.

Long before he entered the political arena, Griebel was a college baseball star who pitched for Dartmouth College in the 1970 College World Series.

Griebel, who was given the nickname “Oz” after the television star Ozzie Nelson, went on to earn a law degree from Suffolk University and moved to Hartford in 1993 to become chief executive of Bank of Boston Connecticut. He chaired the 2001 Transportation Strategy Board created by former Gov. John G. Rowland.