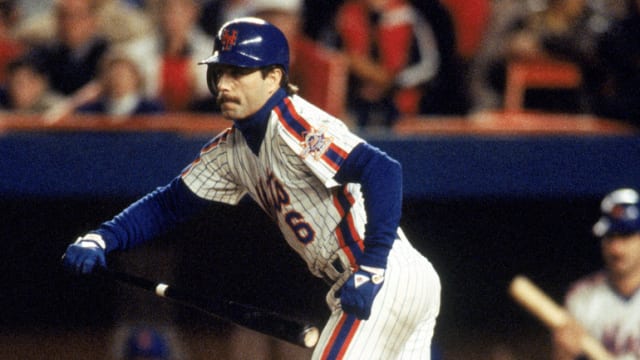 Wally Backman with the Mets in 1986. Courtesy photo

Wally Backman, a member of the 1986 World Series Champion Mets, has been named manager of the New Britain Bees and will be honored at the World Series Club dinner Thursday night in West Hartford.

Wally Backman was named manager of the New Britain Bees last fall, and the former World Series Champion, who is just getting to know the area, said he is excited about the opportunity to speak to the World Series Club of Hartford County this week. 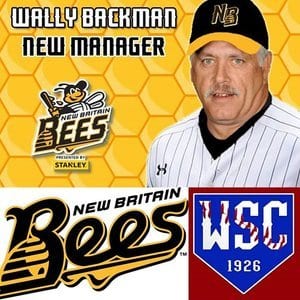 Wally Backman was recently named manager of the New Britain Bees and will speak at the World Series Club in West Hartford on Jan. 11. Courtesy photo

Backman, a member of the 1986 World Series Champion Mets, will be honored Thursday night at the World Series Club dinner at the VFW in West Hartford.

“I’ve been everywhere,” Backman said, and baseball is a universal language. He most recently coached and managed in Mexico.

Backman expects there to be plenty of young baseball fans in the audience Thursday night. “What I’ll say to the kids playing in school now is it’s a dream,” Backman said. “You dream about winning the World Series which I was able to do, but your education is number one.”

Backman currently lives in central Oregon, but is looking forward to spending the spring, summer, and early fall in Connecticut – including in late September because he plans to turn the New Britain Bees into a competitive team that will have a long run in the playoffs.

“I will bring excitement to the team,” Backman said. “I’ve won six or seven championships as a coach or player, and I will try to bring my style of baseball to the Bees.” That style emphasizes speed more than power. “You’ve got to have guys with speed,” he said.

There will be a limited number of players from last year’s team on the new roster, Backman said, although Jovan Rosa (third base) and Michael Crouse (center field) will definitely be back.

Community involvement with the Bees will also be one of Backman’s key initiatives, he said. “I want New Britain to think these are their players.”

He plans on holding clinics for kids and other activities with the players and coaches to build a larger fan base. “That’s how these teams survive. You need fan support,” he said.

“We are excited to honor Wally Backman at The World Series Club, both to celebrate an outstanding Major League career, including the 1986 World Series that folks in this area remember very well, and his new role as manager for the New Britain Bees,” said club President Tim Brennan.

Backman is a member of the Oregon Sports Hall of Fame (2002) and was Sporting News Manager of the Year in 2004. He is the second manger for the New Britain Bees of the Atlantic League of Professional Baseball.

Most recently he managed and coached in Mexico, and since 1998 he has managed both Major League Baseball (MLB) affiliates and independent teams. He was a first round pick in the 1977 MLB draft, and played nine of his 14 seasons in the MLB with the Mets. In 1986, the year the Mets won the World Series, Backman batted .320 and .333 against the Red Sox.

Tickets to the Backman dinner meeting at the World Series Club event can be purchased online. All tickets include a buffet dinner, meet and greet, autographs, and an opportunity for questions and answers. Tickets for those 18 and under are just $5.

For more information about the New Britain Bees, click here.