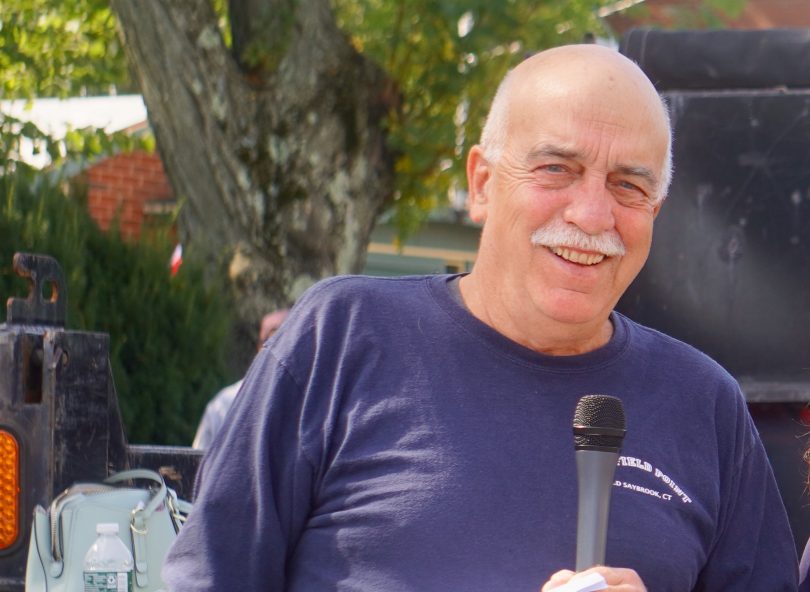 Rob Rowlson was one of the announcers for WHCI during the Oct. 2, 2021 Park Road Parade. Photo credit: Ronni Newton

Rob Rowlson, who retired as West Hartford’s director of Community Services in 2013, died Monday at age 73. 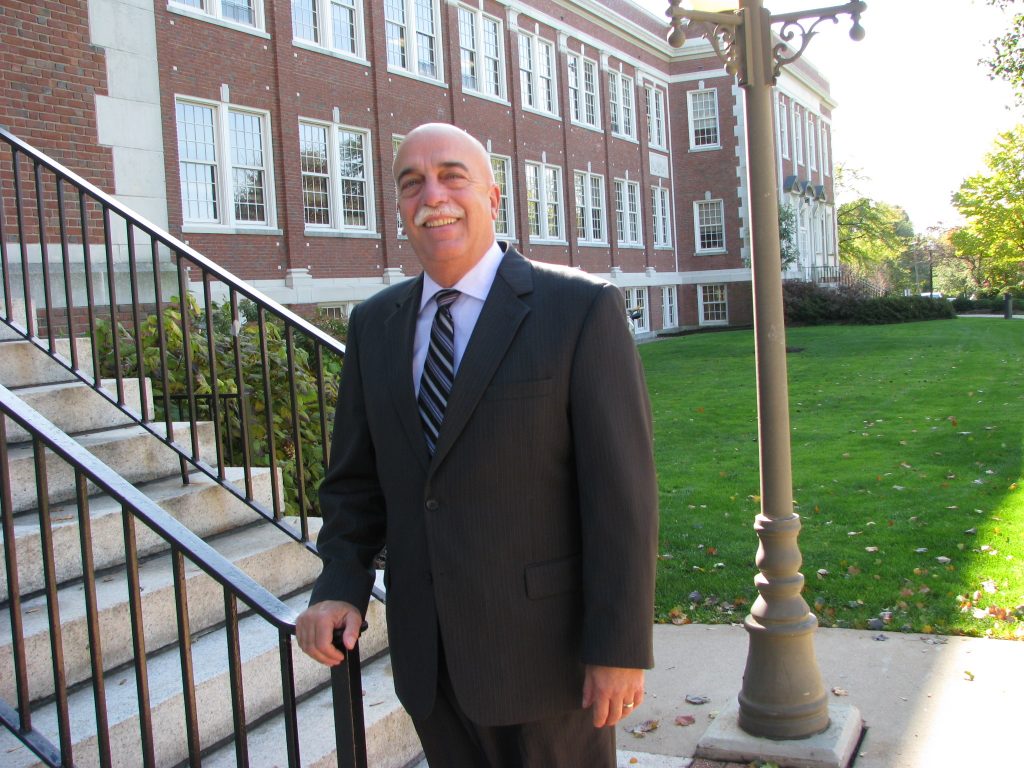 Rob Rowlson had the kind of magnetic personality that made everyone in a room immediately feel comfortable, cared about, and engaged, and when he retired at age 64 as longtime director of Community Services for Town of West Hartford in June 2013, it was to celebrate a new chapter of his life that involved spending more time with his family and supporting organizations he cared about.

Rowlson, who in retirement split his time between West Hartford and Old Saybrook, passed away Monday, July 25, surrounded by family. Earlier this year he had been diagnosed with an aggressive cancer, which his family believes was caused by exposure to Agent Orange.

Always smiling and energetic, Rowlson had surprised a packed room at the West Hartford Chamber of Commerce’s Economic Development Luncheon in March 2013 with the news that he planned to retire.

“I made the decision when Richard Patrissi died,” Rowlson said at the time, adding that the death in early March 2013 of the informal “Mayor of Park Road,” who had been his good friend for more than 30 years, made him realize that he couldn’t indefinitely continue working 60-hour weeks and that he needed to take some time for himself.

Rowlson, who grew up in the Elmwood section of West Hartford, was a veteran who served four years in the U.S. Navy, which included a tour in South Vietnam from 1968-69.

He married his wife of 53 years, Barbara, after returning from Vietnam and the couple spent the remainder of his active duty deployment in Key West, Florida, before returning to Connecticut where they were dorm directors while he earned his degree at Central Connecticut State University under the GI Bill.

They moved back to West Hartford and Rowlson worked at his father’s real estate appraisal company, Rowlson Co., in Newington, served on the West Hartford Town Council, coached soccer, and began a legacy of volunteer work with multiple nonprofits and on behalf of the veteran community.

In the 1990s he went to work for the Town of West Hartford, and in 2008 was named director of Community Services – a role that at the time was responsible for the town’s economic development efforts. He was instrumental in the redevelopment of Blue Back Square as well as other town projects, and following his retirement he remained involved in economic development as a consultant.

“He often remarked how lucky he was to be able to do work that he believed in for the town he had always loved,” his family wrote in the obituary. 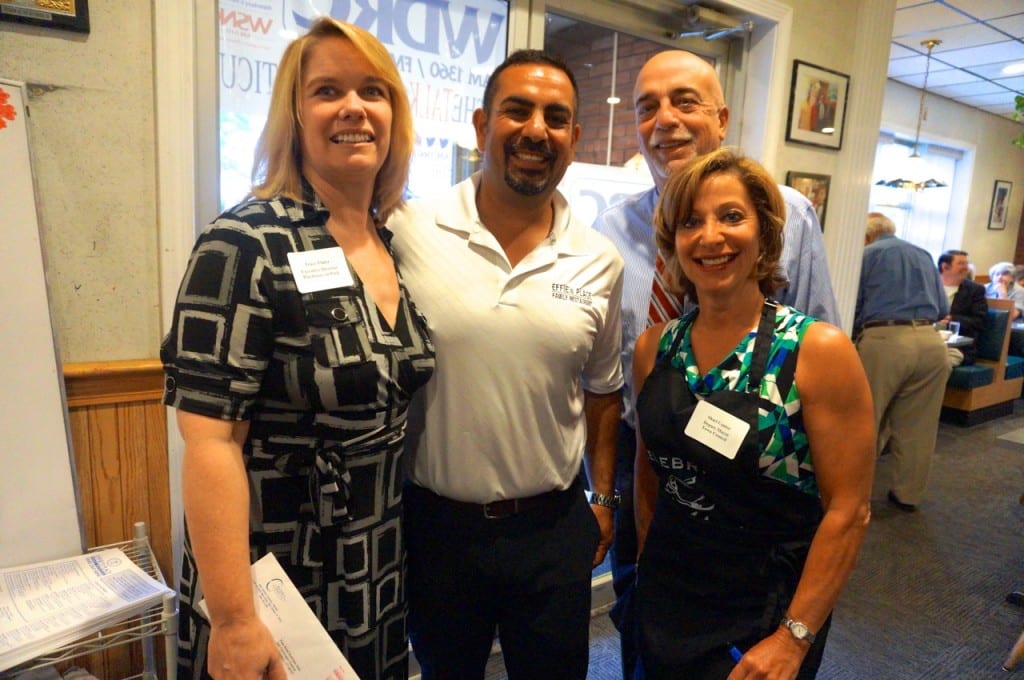 “Without Rob Rowlson West Hartford would not be the vibrant community it is today,” said Ron Van Winkle, West Hartford’s former town manager who worked closely with Rowlson and considered him a partner and a close friend.

“He will be missed by all that knew him well and by all those who appreciate his efforts to move West Hartford from a quiet suburb to the award winning community it is today,” Van Winkle said. “Rob was instrumental in bringing Blue Back Square and the Delamar Hotel to West Hartford Center and also revitalizing the Park Road commercial area.  Hard working and dedicated to the economic development of the entire  community, he was our greatest salesman.”

“Rob cared deeply about West Hartford,” Mayor Shari Cantor said. “He worked tirelessly with our businesses, beside our businesses, and for our businesses. He was instrumental in developing relationships that led to the transformational development of Blue Back Square,” she said.

“He truly love life and lived every day fully,” Cantor said. “My thoughts are with his family at this difficult time.”

“Few people were as quintessentially West Hartford as Rob,” former Mayor Scott Slifka said. “He grew up here, was on the Town Council, and worked and advocated for the town.” 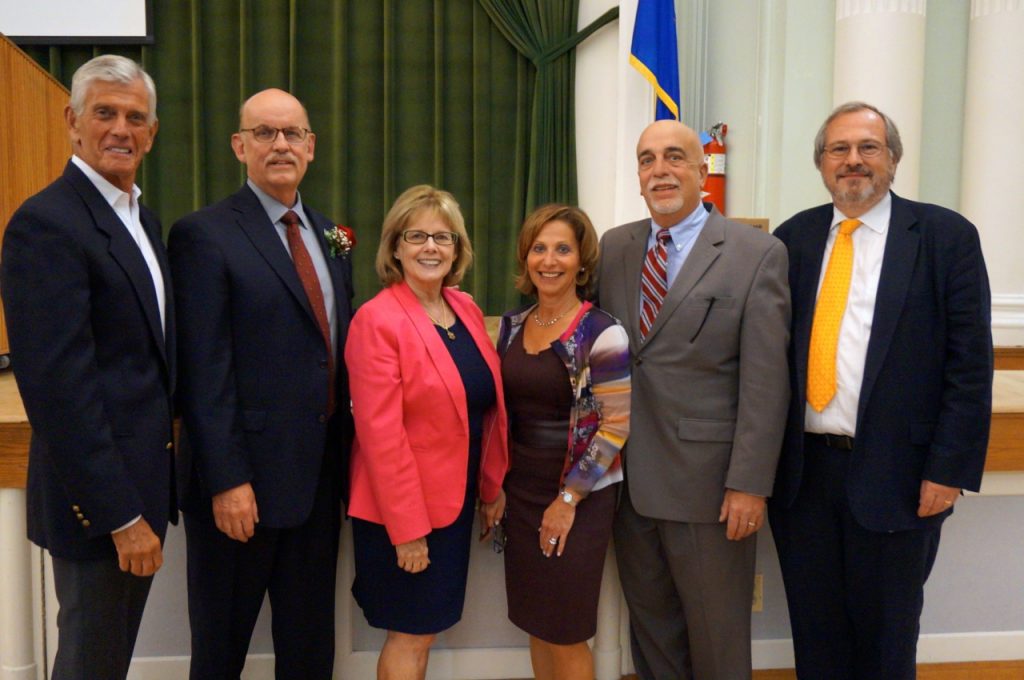 Slifka said that while Rowlson had an official policy-making responsibility for the town’s economic development, “a good part of how he carried out his job was on the street. He formed relationships with small business owners, and then could take those individual conversations and translate them into policy for the town,” he said.

“Embedded in everything he did was that this was his hometown. He loved this place,” Slifka said. “It was not just a job, it was a calling.”

Slifka said one only needs to drive through West Hartford, and see not just the physical construction but also the people, and it’s clear how much Rowlson contributed to the town’s success.

“I am incredibly saddened by the loss of my good friend, colleague, and mentor, Rob Rowlson,” said Tracy Flater, co-founder and executive director of Playhouse on Park.” His support of Playhouse on Park and of the Park Road neighborhood was unwavering and I will be forever grateful to him for that. He had an incredible knack of bringing people/businesses together for the betterment of both, which helped to build a stronger community. This skill-set was a gift to all who worked with him. My heart goes out to all who loved Rob – he is truly irreplaceable and will be sorely missed.” 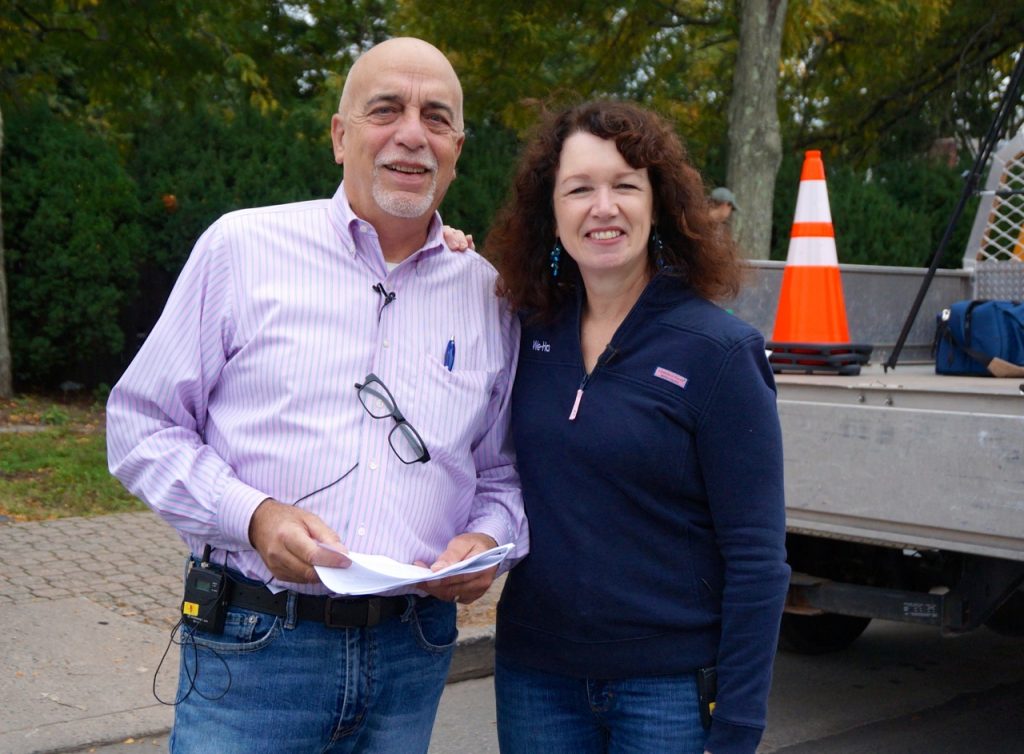 “My heart was broken to hear the news today,” said Renée McCue, West Hartford’s public relations specialist. “I have so many fond memories of Rob and will miss him very much. He was my partner for announcing the Park Road Parade even after he retired from the town and he was my co-host of our local cable TV show, ‘Hometown.’ With his signature cup of Dunkin’ Donuts in hand, we would go off interviewing and filming various stories around town. We spent a lot of time laughing and chatting. He was a good man and dear friend. My condolences go to his family at this difficult time.”

“I am truly saddened to learn of the Rob’s passing,” said Leon Davidoff, a longtime Town Council member who previously served on the Town Plan and Zoning Commission. “I will always remember Rob as someone who loved our town – he enjoyed promoting the Town of West Hartford and took an active role in supporting our business community and encouraging economic development. He will be missed.”

Rowlson served on multiple boards over the years, and his retirement party was a “toast/roast,” as well as a fundraiser for two of his favorite nonprofits – Playhouse on Park and West Hartford Community Television (now called West Hartford Community Interactive), raising more than $10,000 through a “shave” or “save” fundraiser. Donors were given a choice about whether or not Rowlson’s iconic mustache would follow him into retirement, and the last minute donation which saved the mustache was applauded by his family. 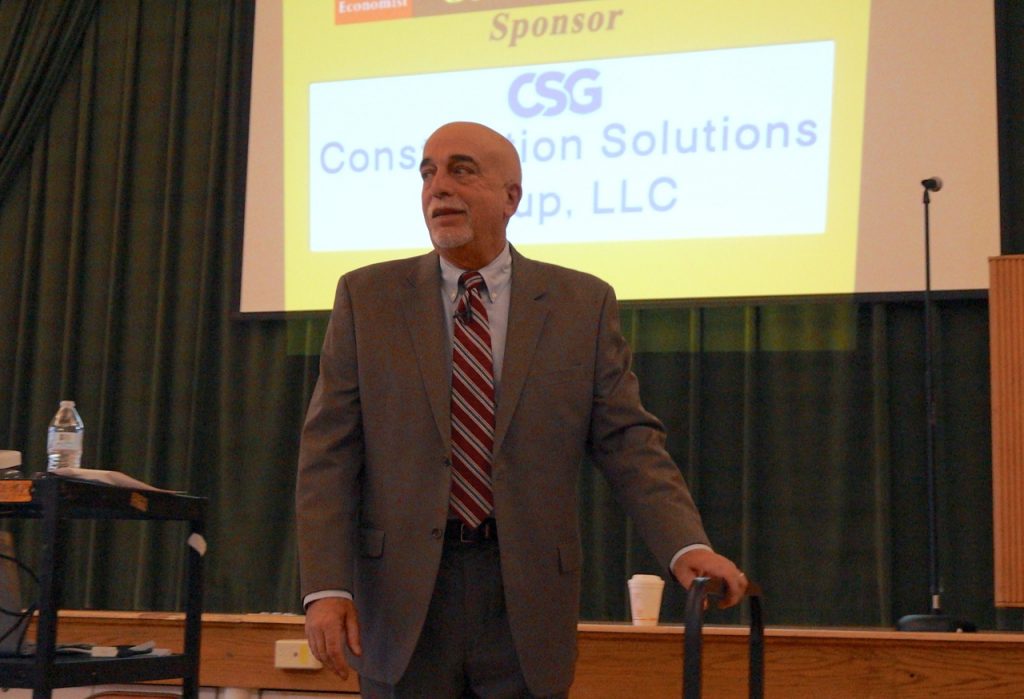 Rob Rowlson, who retired several years ago as director of Community Services, was one of three emcees at the Ron Van Winkle Retirement Tribute. May 30, 2017. Photo credit: Ronni Newton (we-ha.com file photo)

Rowlson is survived by his wife, Barbara, daughters, Allison and Jenna, his sons-in-law, four grandchildren, his sisters and brothers-in-law, many nieces and nephews, his beloved dog and cat, and countless friends.

“Rob has two wonderful daughters and four amazing grandchildren; he always made sure that they knew they meant more to him than anything else in the world. He never missed an opportunity to chaperone a field trip, coach a team, attend a musical production or sporting event, or exclaim over a report card, artistic creation, or fish on a line. … Rob was a brother, dad, friend and a grampy to all. He was always on standby to help a neighbor, pitch a game of streetball, pump up a bicycle tire or outrageously large swimming float, launch a boat, nap with a grandkid, or rig a line. He was willing to share his favorite spots for snagging a striper or blue fish with anyone – as long as he could serve as a personal guide and take the opportunity to see if he could catch a few at the same time,” the obituary reads.

The complete obituary can be read online here.

His family asks that in lieu of flowers, donations may be made to support one of his favorite passion projects, Playhouse on Park, 244 Park Road, West Hartford 06119.