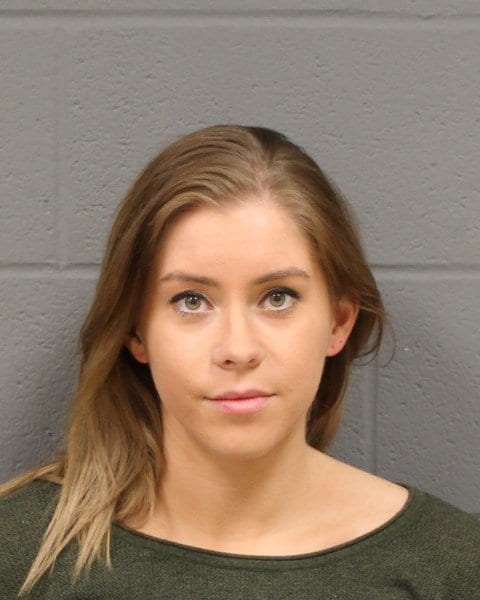 Tayler Ivy Boncal, 22, currently of Beacon Falls, lived in New Britain at the time she was allegedly engaging in a sexual relationship with a student. She is a graduate of Woodland Regional High School, and a former track athlete in high school as well as at Central Connecticut State University.

The investigation began on Jan. 12, 2018, and Boncal turned herself in on a warrant on Feb. 1. She was charged by New Britain Police with three counts of second-degree sexual assault.

“The moment we heard about this from a parent we contacted the police,” West Hartford Superintendent of Schools Tom Moore said Friday.

Moore said that Boncal had finished her student teaching assignment at the time the alleged relationship occurred. She had been a student teacher in the Social Studies department at Conard, and had taught the student with whom she later had the sexual relationship.

“She was helping out with the indoor track team. Once we heard about it we immediately removed her,” Moore said. The relationship was brought to the administration’s attention by another Conard parent, not the parents of the student who was involved with Boncal.

The student with whom she had the relationship was not on the track team, but the statute under which Boncal has been charged specifically defines second-degree sexual assault to have occurred when: 53a-71(a)(8) “the actor is a school employee and such other person is a student enrolled in a school in which the actor works or a school under the jurisdiction of the local or regional board of education which employs the actor.”

Moore said that neither he nor Conard Principal Julio Duarte could communicate with families about the incident while the investigation was actively going on. “Now that the investigation has been completed we want to be nothing but open and honest,” Moore said.

“The safety and well-being of all students is and will always be my number one priority,” Duarte wrote. “I know that there have been rumors amongst students these past few weeks. Now that the police action has concluded, I am able to inform you of an incident that I was made aware of between a former student teacher/assistant coach and a student.”

Duarte stated that he informed police as soon as he received a complaint about the misconduct, and confirmed that she no longer works at Conard.

“The incident did not occur on our campus,” Duarte said in his letter.

“As educators, we are entrusted to protect and educate all of our students and know there are certain boundaries that can never be crossed. Also, we will not tolerate any behavior that compromises the safety or well-being of our students. I hope you will not let the misconduct of this one individual cast a shadow over all of our staff members who demonstrate their commitment to our students every day,” Duarte wrote.

Any parents with questions or concerns should reach out directly to Principal Duarte at 860-231-5000.

Boncal was arraigned in New Britain Superior Court and according to court records she was released on $20,000 bond. She is due back in court on March 1.