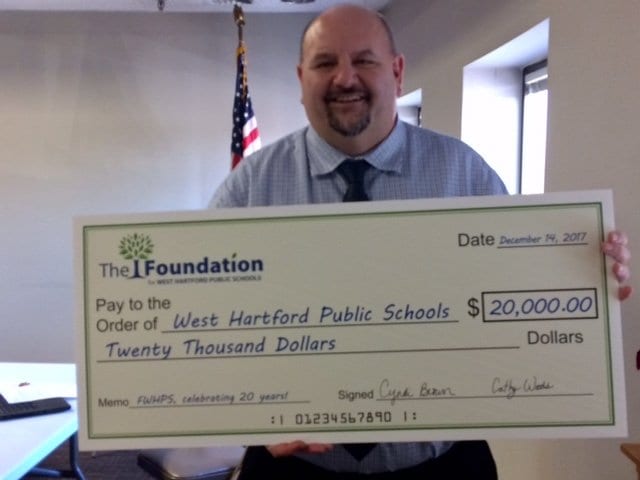 Superintendent of Schools Tom Moore holds up the check that the FWHPS gave the to district, which was then split up into checks for $1,250 for each principal on Thursday. Courtesy photo

In honor of its 20th anniversary, the Foundation for West Hartford Public Schools gave $20,000 to the district on Thursday, split evenly among the 16 principals.

Principals in West Hartford were all smiles Thursday afternoon, as it was announced that they would receive sizable holiday gifts Thursday courtesy of the Foundation for West Hartford Public Schools (FWHPS).

“This is our 20th anniversary year, and we really wanted to give back to the schools,” FWHPS Co-President Cyndi Brown said Thursday morning.

The year, in honor of the Foundation’s 20th anniversary, fundraising has been amazing, Brown said, and the FWHPS wanted to something to give back and directly help the schools.

Only Superintendent of Schools Tom Moore knew in advance that a total of $20,000 would be presented to the district – to be split evenly among the 16 schools. The principals gathered together for a meeting Thursday, and were all surprised with a check $1,250.

While the funds are not restricted, Brown said she hopes they will be used in line with the FWHPS’s mission.

“It was something we really wanted to do,” Brown said.

As she and Co-President Cathy Woods presented the checks Thursday, Brown told the principals, “We hope these gifts will be used in tandem with our mission, for an event or program that will enrich your school community.”

The FWHPS was founded 20 years ago by Dougie Trumble and Heather Congdon, with the goal of creating an organization that would “raise money to help fund special programs and events that would enhance and enliven the classroom experience of students in West Hartford,” Brown said.

That dream has been realized with the awarding of more than $1.5 million in grants over the years.

The gifts presented Thursday are a show of appreciation and a way to assist the great work that is being done in every school in the district. 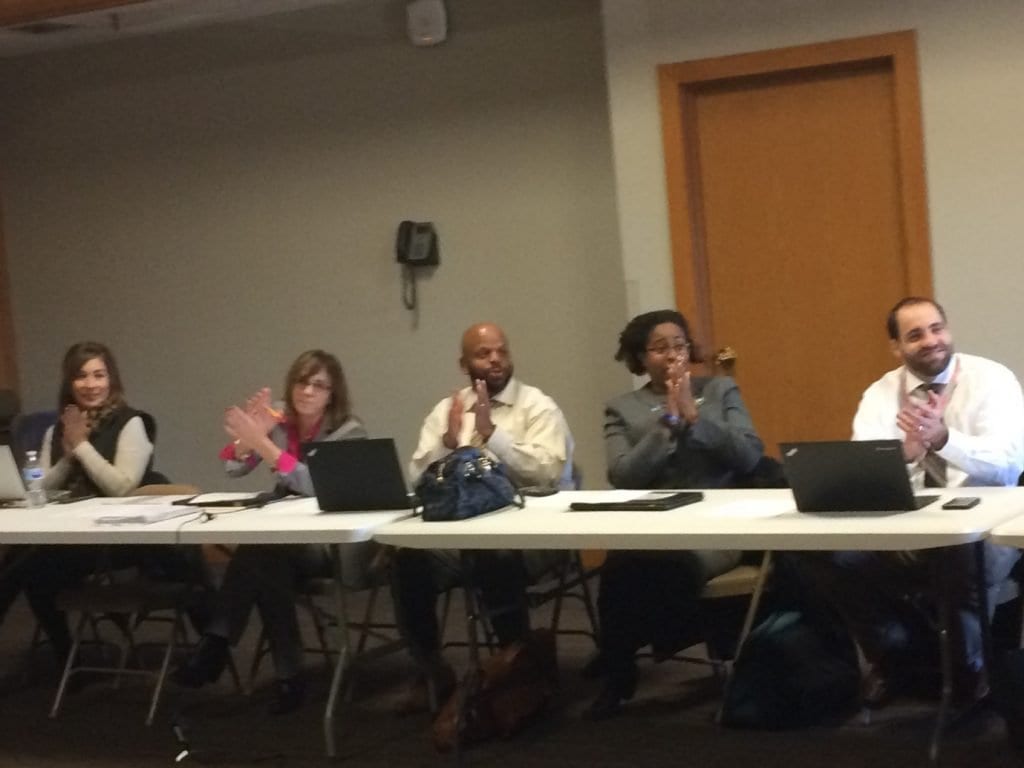 Principals react to the $1,250 gift each received from the Foundation for West Hartford Public Schools. Courtesy photo 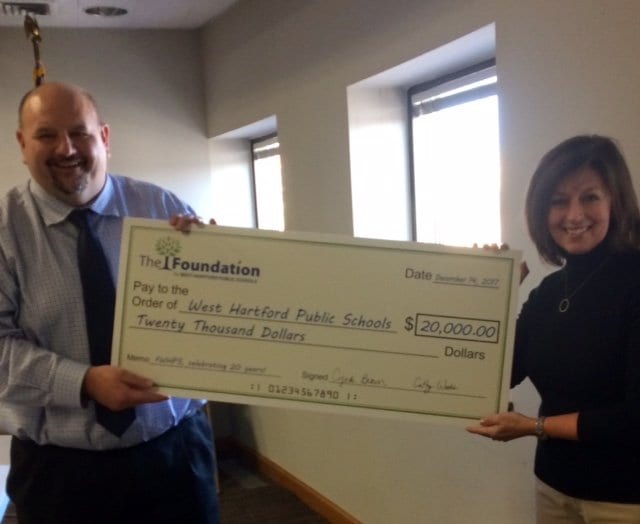 Superintendent Tom Moore and FWHPS Co-President Cathy Woods with the check to the district. Courtesy photo 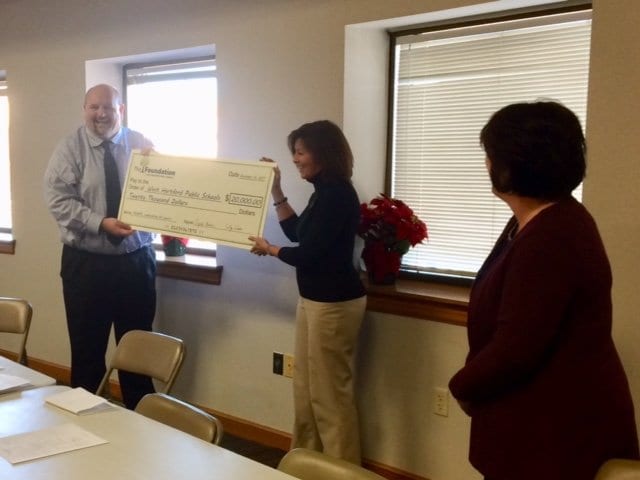