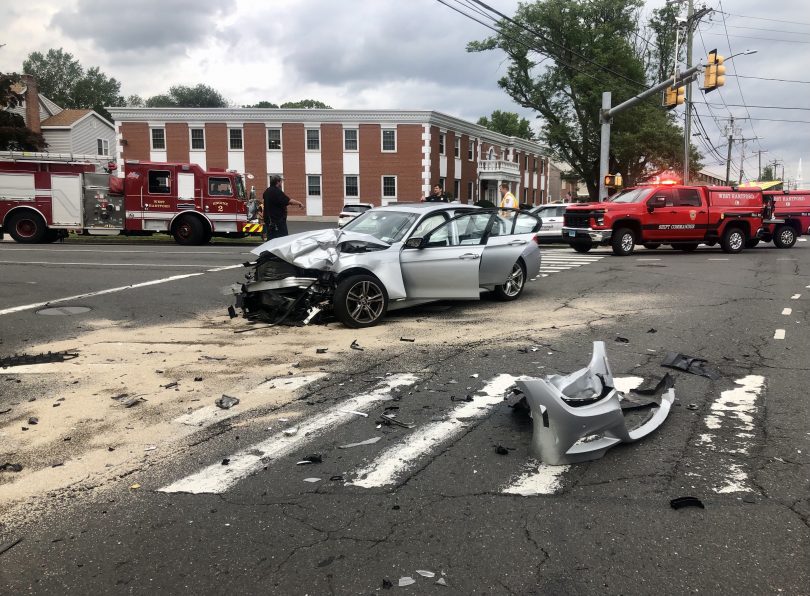 A silver BMW sedan sustained heavy damage after a collision with a bus in West Hartford on Thursday afternoon. Photo credit: Ronni Newton

A CTfastrak bus and a sedan collided at the intersection of South Main Street and Boulevard Thursday afternoon. 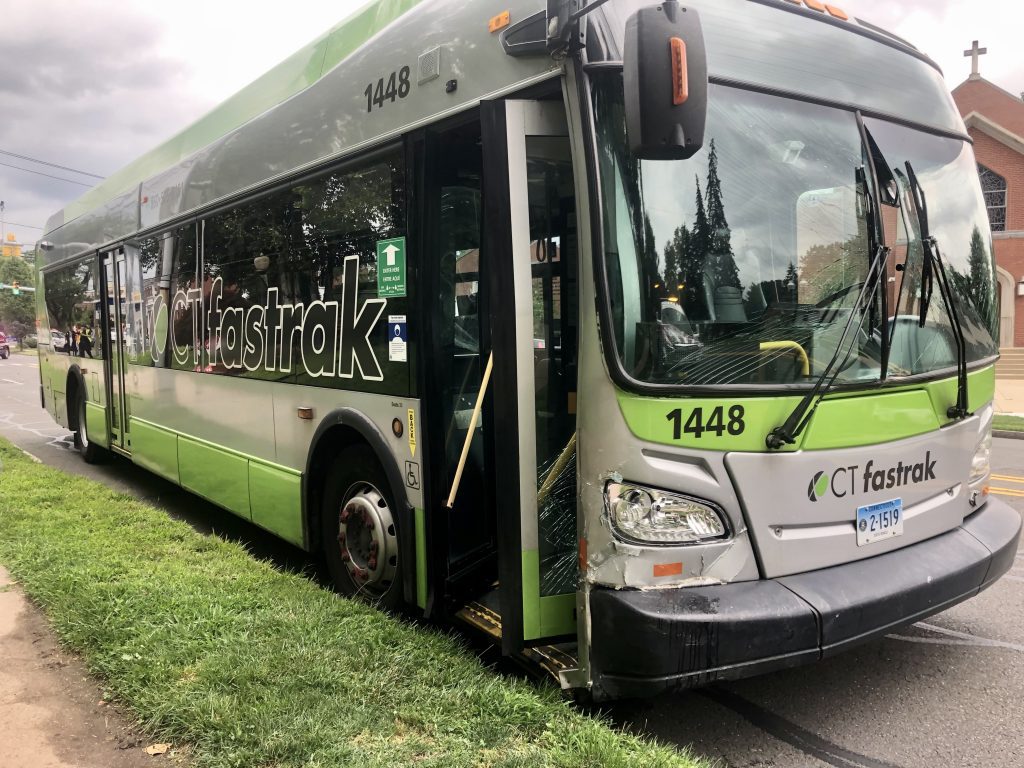 A CTfastrak bus was damaged on the right front, near the door, following a collision with a vehicle in West Hartford. Photo credit: Ronni Newton

Four people were transported to an area hospital following a collision between a CTfastrak bus and a BMW sedan at the intersection of South Main Street and Boulevard on Thursday afternoon, West Hartford Fire Department Battalion Chief Eric Munsell said.

The driver and two passengers of the BMW – one of whom was a child – were among the injured parties transported via ambulance, said Munsell. The driver of the bus was also hurt.

None of the injuries appeared critical, Munsell said, and all of the parties has already extricated from the vehicles when emergency responders arrived at the scene.

According to Munsell, in response to the initial call about a crash between a bus and vehicle, which was reported at 2:14 p.m., five ambulances were requested. There were only two passengers on the bus, however, neither of whom reported injuries, and once that was known several of the ambulances were canceled.

Munsell said it appeared that the driver of the BMW had been traveling east on Boulevard and the bus was headed south on South Main Street when the crash occurred. The BMW sustained heavy damage and the air bags deployed, while the bus sustained damage to the front right near the door.

West Hartford Police remained on the scene to continue the investigation and South Main Street was closed southbound from Boulevard to Meadowbrook, but Munsell said the investigation would be concluded shortly. 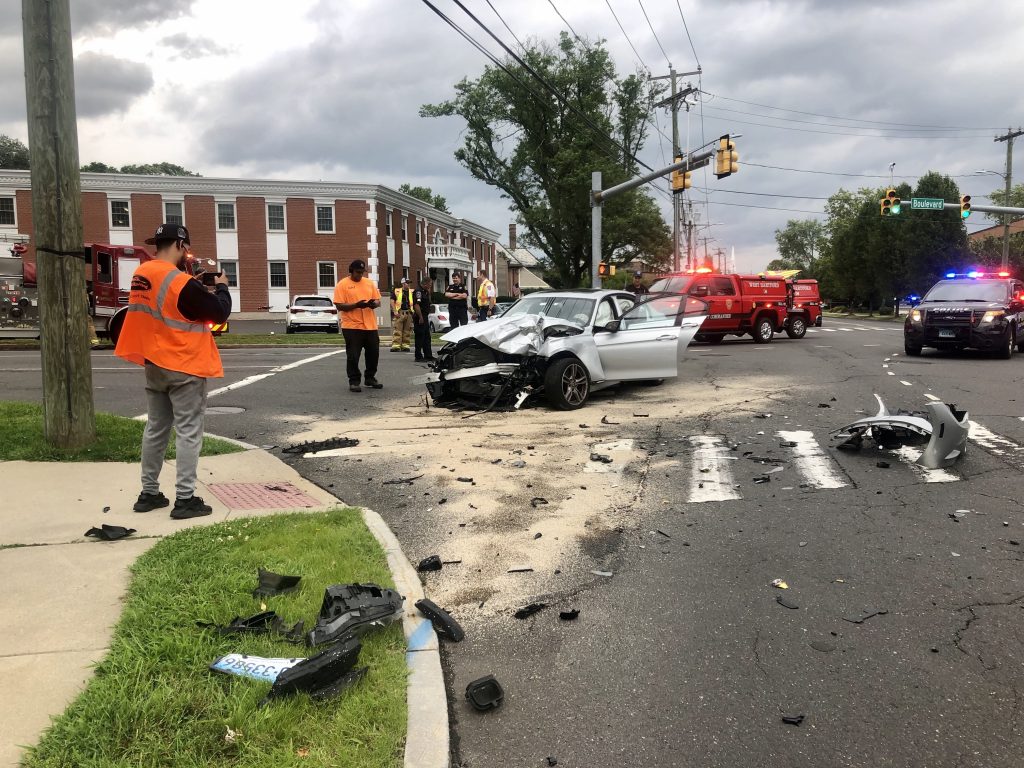 A silver BMW sedan sustained heavy damage after a collision with a bus in West Hartford on Thursday afternoon. Photo credit: Ronni Newton