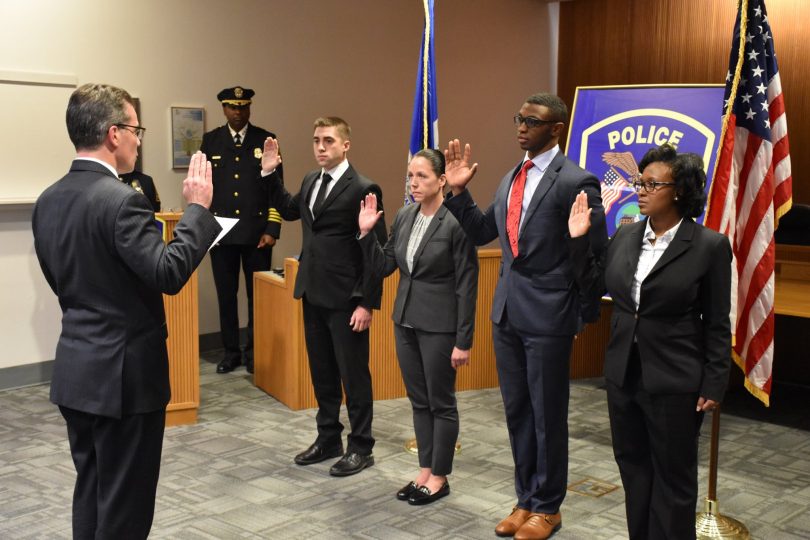 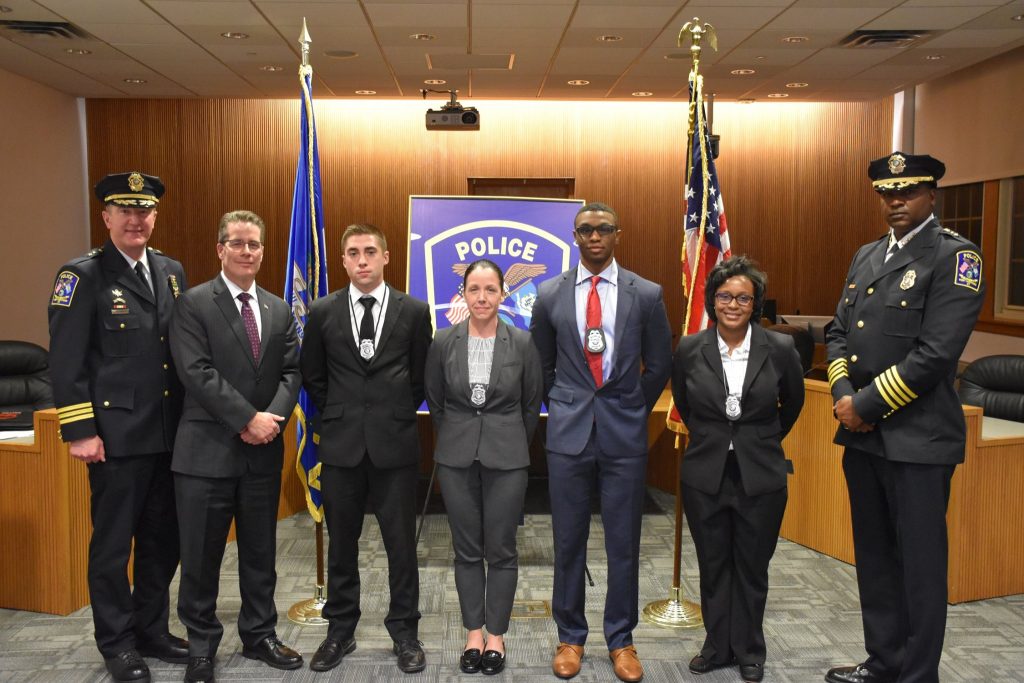 Mathew Siena, Susie Parrett Kulas, Lawrence Nembhard, and Kathy Early were administered the oath of office by Town Manager Matt Hart, and are currently enrolled at the police academy.

Siena is a native of Middletown, CT, and a 2013 graduate of Vinal High School.

Growing up, Siena was a Boy Scout and achieved the rank of Eagle Scout in 2011 He also has a third-degree black belt in Kenpo Karate.

Prior to joining the West Hartford Police Department, Siena worked as an electrician for Siena Electric. He lives in Middletown with his parents, Sheila and Phil.

Kulas moved to Connecticut in from Amarillo, TX, where she was born, and graduated from Platt High School in Meriden in 1998.

She returned to Texas in 1999 and worked in customer service before returning to Connecticut in 2003 and beginning a career at Masonicare, where she worked in information technology until being hired by the West Hartford Police Department.

Kulas, who lives in Cromwell with her boyfriend, continues to teach fitness classes through the Cromwell Parks and Recreation Department and at the Berlin YMCA.

Nembhard is a native of the Bronx, NY, and moved to West Hartford in 2000. He is a 2013 graduate of Hall High School, and received a scholarship to play Division 1 football as a wide receiver at Sacred Heart University in Fairfield. He obtained a bachelor’s degree as well as a  master’s in exercise science from Sacred Heart.

Nembhard, who continues to live in West Hartford, most recently worked as a coach and personal trainer at Orangetheory in Bishops Corner.

Early is originally from Brooklyn, NY, and moved to Hartford with her family. She is a 2006 graduate of Weaver High School and a 2010 graduate of Western Connecticut State University where she obtained a bachelor’s in justice and law administration with a concentration in law enforcement.

Early earned a master’s certificate in homeland security management from the University of Saint Joseph in 2015, and has been working as a special state police officer for the Western New England University Police Department in Springfield, MA. She is of Haitian descent and speaks fluent Creole.

Following graduation from the police academy in early 2020, the new officers will begin the West Hartford Police Department’s 12-week Field Training Officer program under the direction of Lt. Eric Rocheleau before being assigned duties on their own. 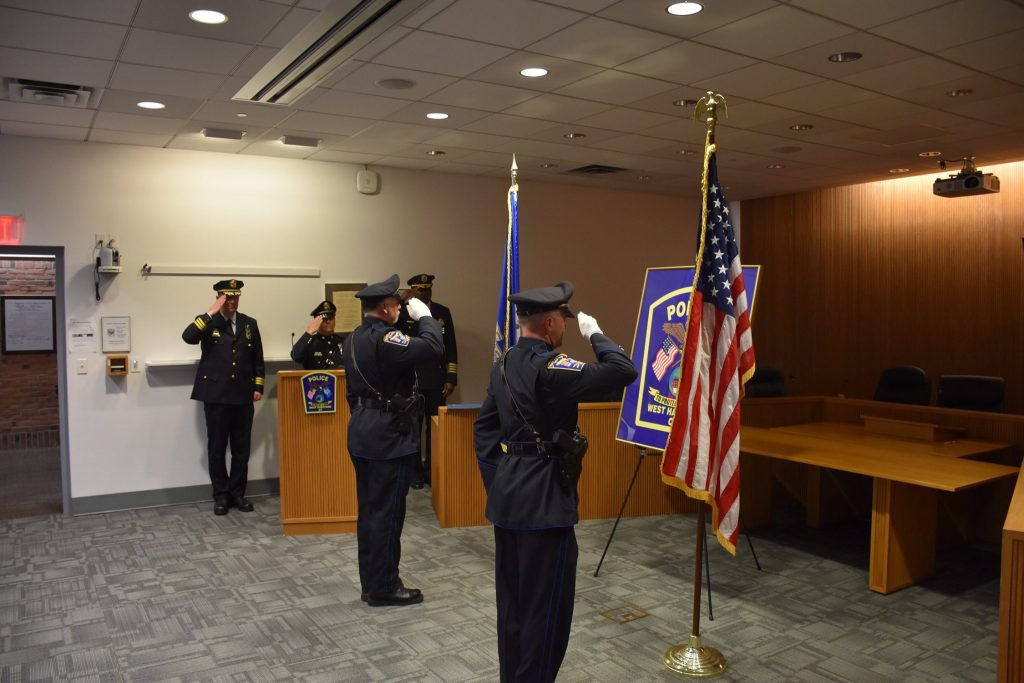