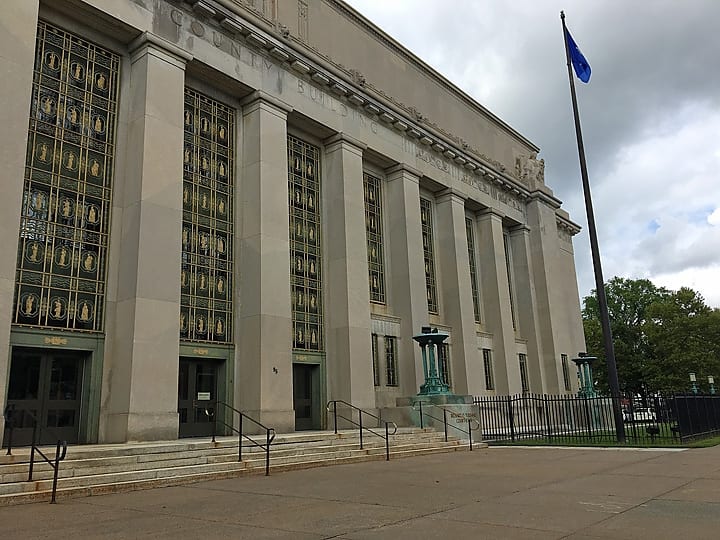 Gov. Ned Lamont this week nominated 15 state residents to fill some of the 50 vacancies as judges on the Connecticut Superior Court, and among them are four West Hartford residents.

The previous group of nominees was approved in 2018, under the Malloy administration. Since Lamont took over in 2019, this is the first class of judges he has nominated.

“I am proud today to announce one of the most diverse classes of judicial nominations in our state’s history,” Lamont said in a statement. “This class of women and men bring with them a diverse background of experience and qualifications that meet the high standards that the residents of Connecticut deserve to have serving in leadership positions in the court system.”

The nominees who are West Hartford residents are:

Allard, 60, is currently a staff attorney with Greater Hartford Legal Aid, where she practices family law and represents victims of domestic violence. Her prior experience includes more than a decade working as a partnership attorney where she represented victims as part of a statewide legal assistance initiative funded by the federal Office on Violence Against Women. She is also the lead attorney for the Greater Hartford Legal Aid/Hartford HealthCare Medical-Legal Partnership, which provides free legal advice to low-income patients. Allard had an undergraduate degree from Cornell University and received her Juris Doctor degree from Cornell Law School.

Gustafson, 59, is currently an Assistant United States Attorney for the District of Connecticut, where he has served since 1997. He specializes in violent crime prosecutions and is also the office’s Project Safe Neighborhood coordinator. He previously served as First Assistant United States Attorney and Chief of the Criminal Division. Gustafson graduated from Amherst College and earned his Juris Doctor degree from the University of Connecticut School of Law.

Torres Shlatz, 48, is currently an Assistant Attorney General in the Public Safety department of the Connecticut Attorney General’s Office, where she has served for the last 15 years, following a stint in the Child Protection department. She previously served as an Assistant State’s Attorney in both the adult and juvenile courts. Torres Shlatz earned her undergraduate degree from the University of Connecticut, and her Juris Doctor degree from Western New England University School of Law.

Zahner, 41, is currently a partner practicing family law at Hartford-based Louden, Katz and McGrath, LLC. She was previously an attorney for the Child Protection Commission, where she represented indigent parents and children who were the subject of investigations by the Connecticut Department of Children and Families. Her legal career began in the insurance industry. Zahner graduated from Trinity College, and earned her Juris Doctor degree from the University of Connecticut School of Law.

Attorney General William Tong issued a statement specifically congratulating three of the lawyers nominated – Massicotte, Texidor, and Torres Shlatz – all of whom work in his office.

“They will be sorely missed, and their institutional knowledge will be hard to replace,” Tong said in a statement. “While we never want to see our exceptional assistant attorneys general move on, their service as Connecticut Superior Court judges will be a tremendous benefit to our state and our legal system. Congratulations to Kim, Carletha, and Jessica on this well-deserved honor.”

Gustafson, along with Moses and Hall, work in the U.S. Attorney’s Office, and U.S. Attorney John H. Durham issed a statement congratulating them.

“These nominations speak to the hard work, superior legal skills and professionalism that these colleagues have displayed over their entire legal careers, and especially during their time as Assistant United States Attorneys,” Durham said. “While the departures of Mike, Gordy, and Ndidi will create a big hole in our office’s operations, and their wisdom and guidance will be sorely missed, their elevation to the bench greatly benefits the people of Connecticut and the Rule of Law.”

Lamont also announced Wednesday that he has nominated Robert Clark, his legal counsel and a former employee of the Office of Attorney General, to serve as a judge of the Appellate Court, filling the vacancy left by Judge Douglas S. Lavine, who in December reached the state’s mandatory retirement age of 70.

“Bob has served as my General Counsel during an historic and unprecedented time for our state, including most significantly during the current pandemic,” Lamont said. “He has been instrumental in working through many of the complex legal questions faced by my office during that time, and he has done it with skill, wisdom, and unwavering commitment.”

Portions of a report by Hugh McQuaid at CTNewsJunkie.com were included in this story.