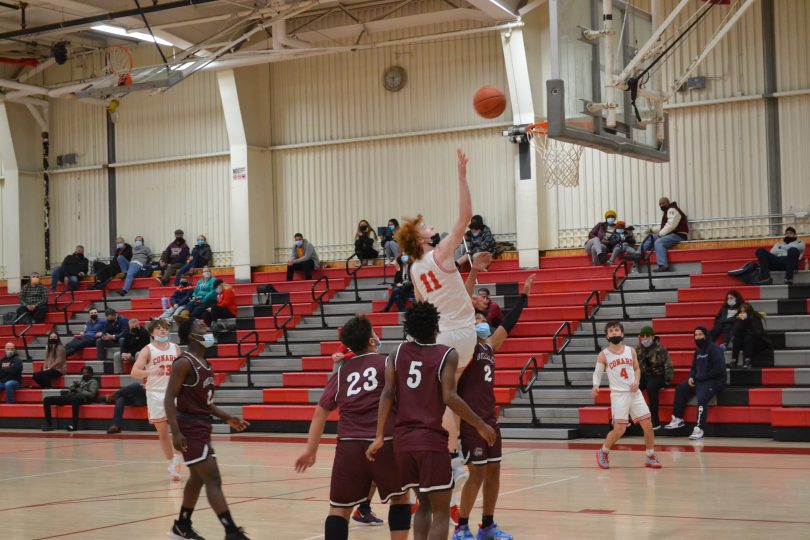 The Chieftains improve to 7-0 with a win over Bulkeley Monday night in West Hartford. 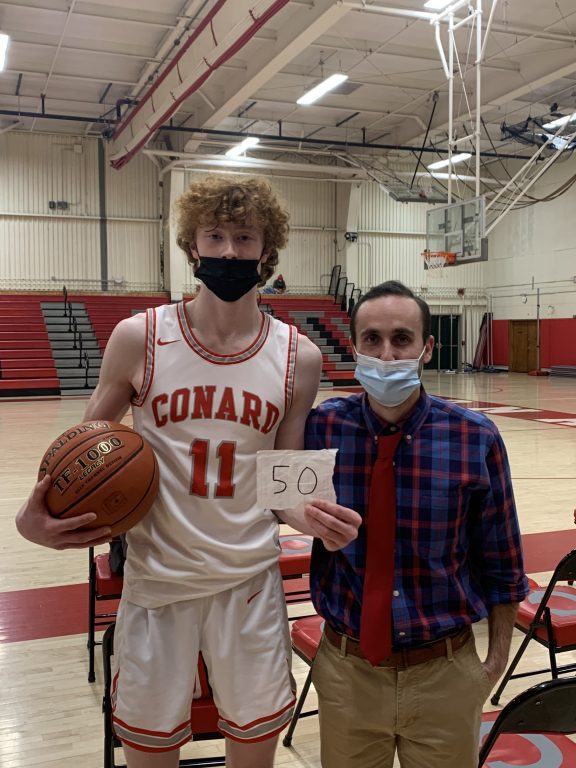 If you want to beat the Conard basketball team this season, you are going to have to shut down sophomore Riley Fox – and that is easier said than done.

Entering Monday’s home game with Bulkeley, Fox had been averaging 26 points per game and had delivered 27 and 30 points in his last two. But Monday was very different, as the 6-foot 5-inch forward shattered a 21-year-old school record with his 50-point performance in a 106-54 win.

“I couldn’t have done it without my teammates,” Fox said after the game. “We shared the ball.” 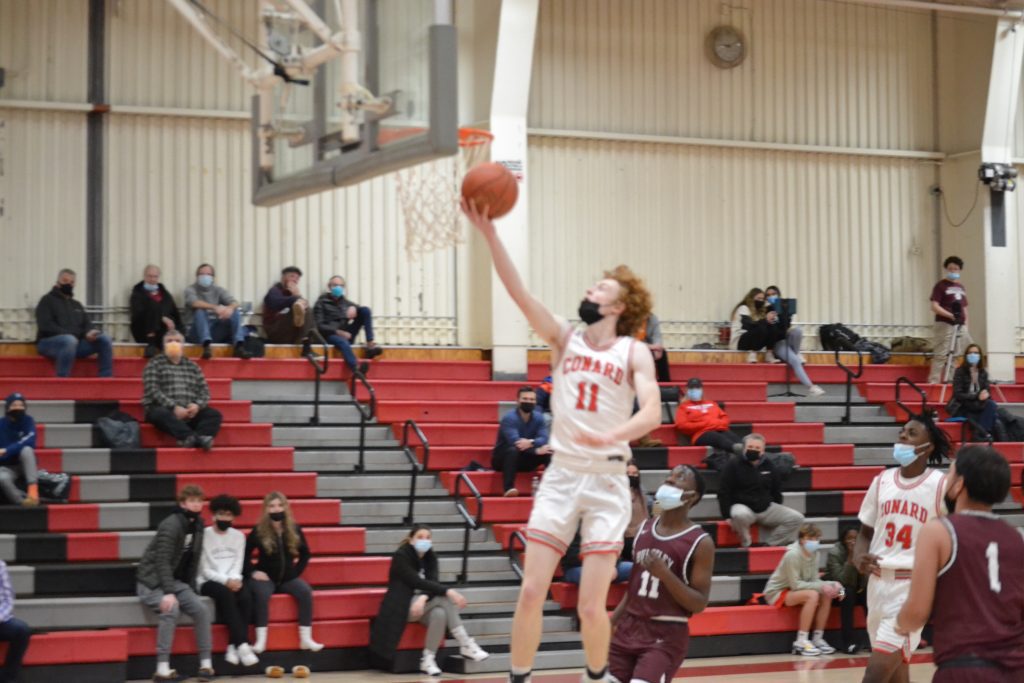 He scored his team’s first four points, and 14 of Conard’s 28 in the first quarter. At the half he had 40 points and his team had a 48-point lead, despite Fox sitting out part of the second quarter.

With 1:45 to go in the third, he hit a 3-pointer to get to the 50-point plateau, before Coach Jared Leghorn called a timeout and took Fox out of the game. “He (Fox) didn’t miss a single off-season workout,” said Leghorn. “He is the best teammate, and his teammates really like him.” 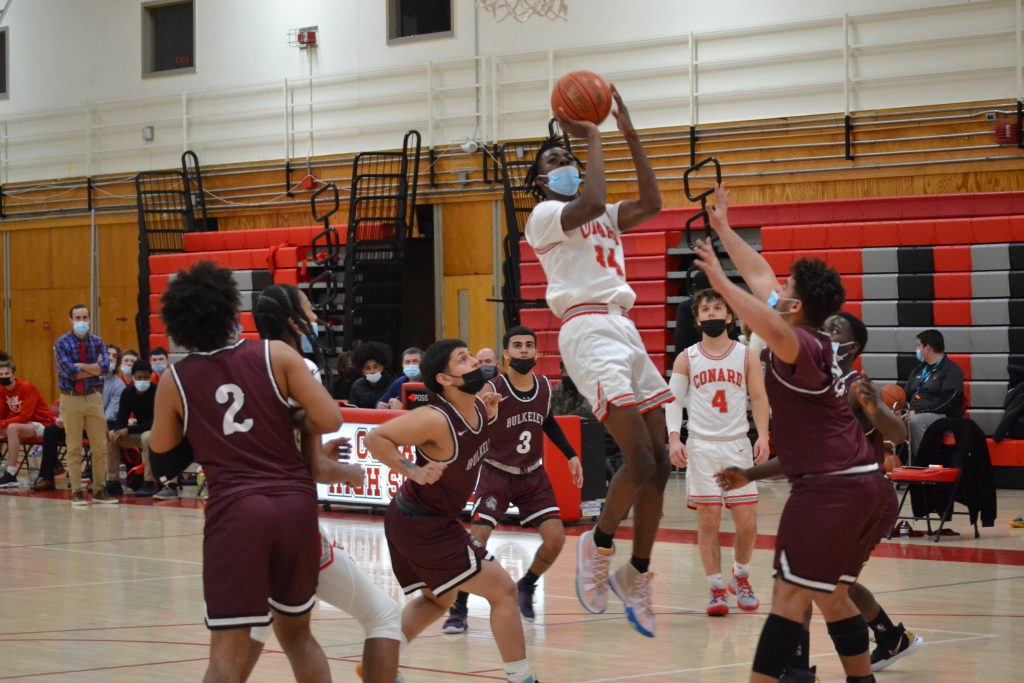 Even if a team can find a way to contain Fox, the Chieftains have a solid roster around him that can pick up the scoring.  Monday it was senior Jalen Hamblin playing a strong game on the boards, and also throwing down 25 points. This was from a player who is only in his second year of organized basketball and who was cut from the team in both his freshman and sophomore years. “He is an All-Conference player now,” said Leghorn. 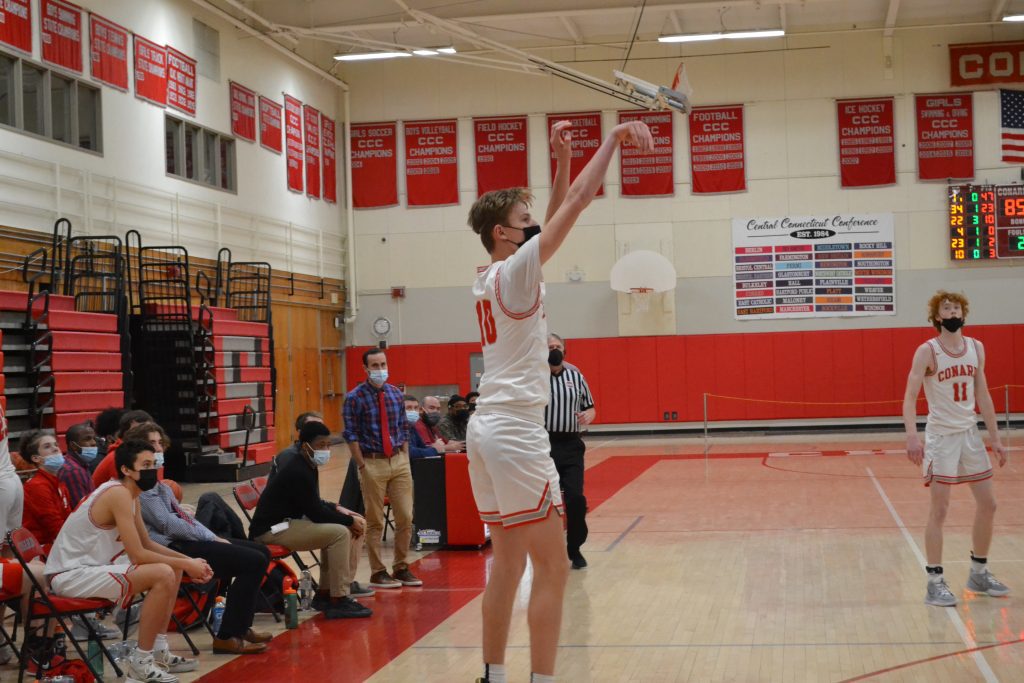 Conard carries a balance of role players who work well together as a unit. In addition to Fox and Hamblin, senior Julius Smith has picked up his game both shooting and passing. Kyle Barnum drains 3’s at a 60% rate and averages 13 points a game this season after scoring just six points all last season on the JV squad. Helping to round it all out is junior guard Declan McCann who runs the offense. “Declan has the highest plus/minus for us. He is a coach on the floor,” Leghorn said.

As for the game itself, after a competitive first quarter, Conard used a smothering press to force the 1-4 Bulldogs into multiple turnovers that were converted into points. By the and of three, Conard had a 61-point lead and Leghorn began lifting all his starters. 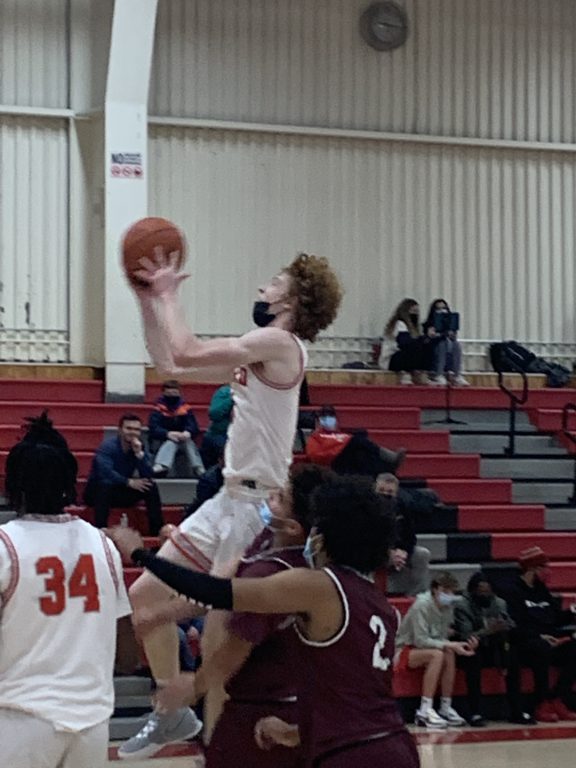 Bulkeley was led by Tyrell Malone’s 25 and Edgar Santiago’s 17 points.

The strong start to the season has Conard ranked sixth in the latest boys’ statewide rankings and second among all Division II schools. They face a tough test later this week when they meet Farmington in a game Leghorn says will be a real barometer for his squad. As for the fast start, the coach says he saw it coming at the end of last season.

“We’ve known who we are since the CCC tournament last season,” he said.

Prior to Monday night’s record-breaking performance by Fox, Ramon Manning had held the Conard single game scoring record with a 41-point game in the 2000-2001 season. 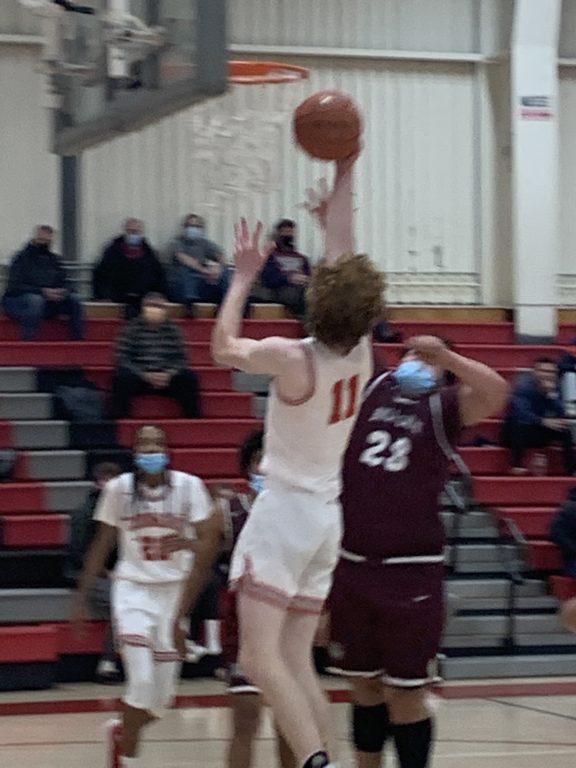