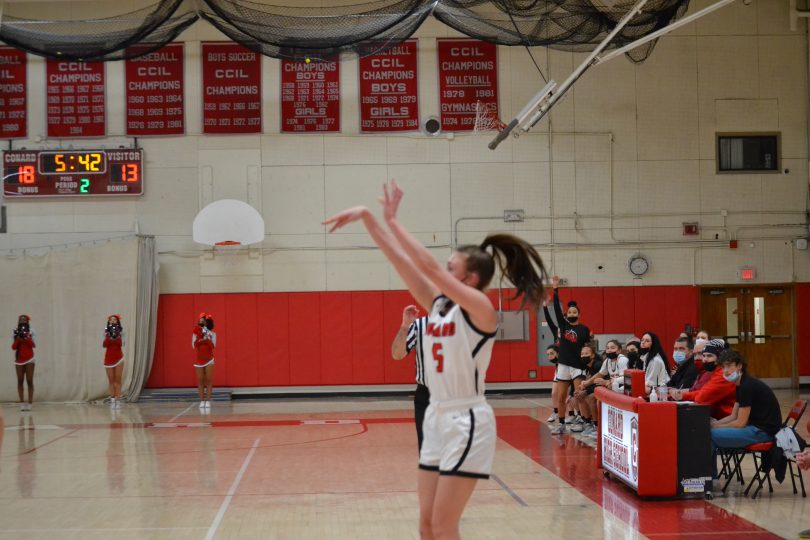 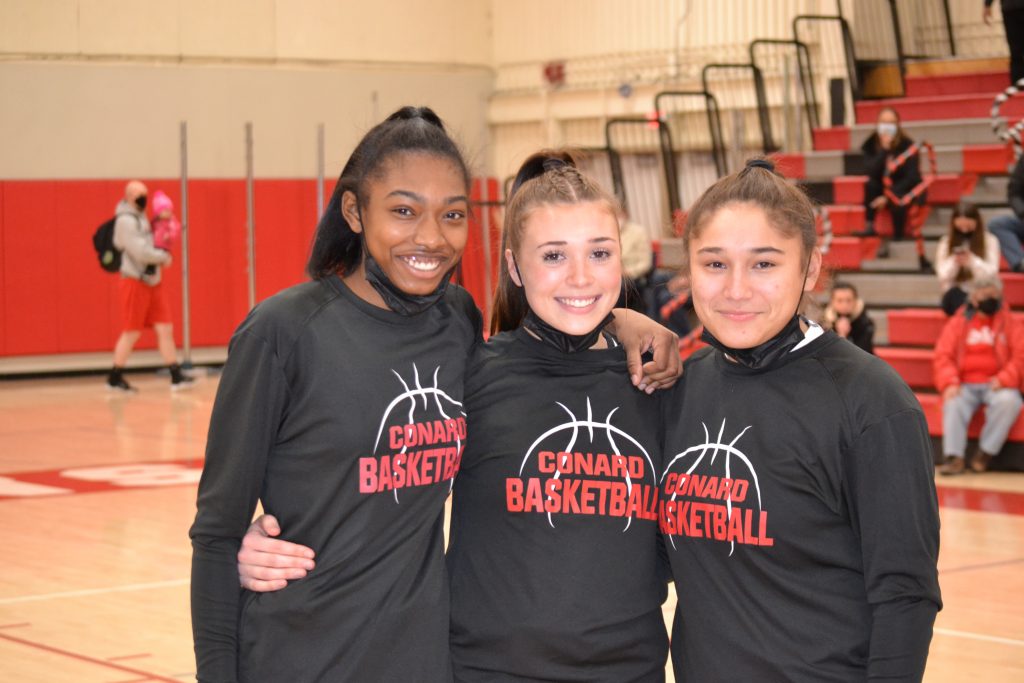 Senior night is always an emotional affair for players, coaches, and families who have worked together for four years. It’s often a time when a coach laments the loss of talent and wonders where they will turn next season to replace those graduating players .

Monday night, as Conard honored its three seniors – Morgan Dorsey, Sophia Lynch, and Emilia Santiago – it also got a great look at who might be the future leaders as freshmen Callie Cosgrove (19 points) and Emily Knowles (15 points) combined for 34 points to lead the Chieftains to a 51-40 statement win over Glastonbury. 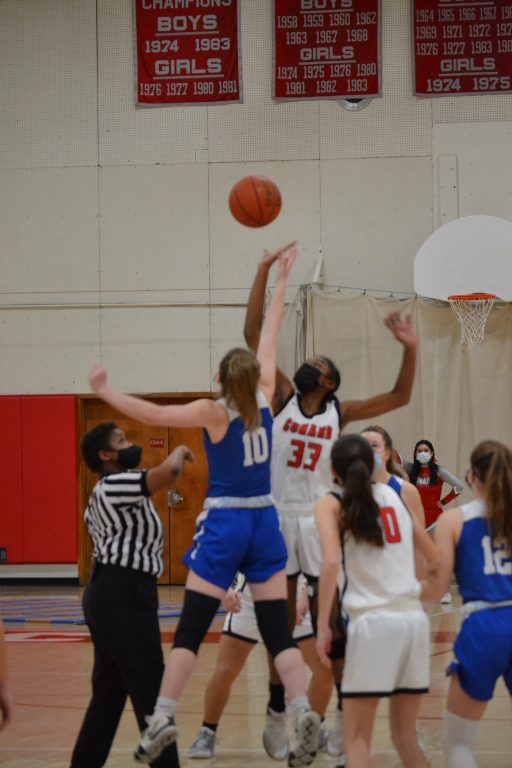 After the Senior Night ceremonies, the first play of the game became a moment that many will never forget. Dorsey – who tore her MCL in the summer and has had limited playing time – won the opening tipoff, the first one of the season for Conard, before she was substituted off to applause and hugs. It was just the kind of lift the Chieftains would need if they were going to beat a team that had put a 51-36 loss on them earlier in the year.

When Lynch hit a 3-pointer, Conard had a 7-2 lead just over two minutes into the game. But Glastonbury was not going to go away, and when Lilly Woodworth hit a 3 for the Guardians with just over a minute to go in the first it was 16-12 Conard. 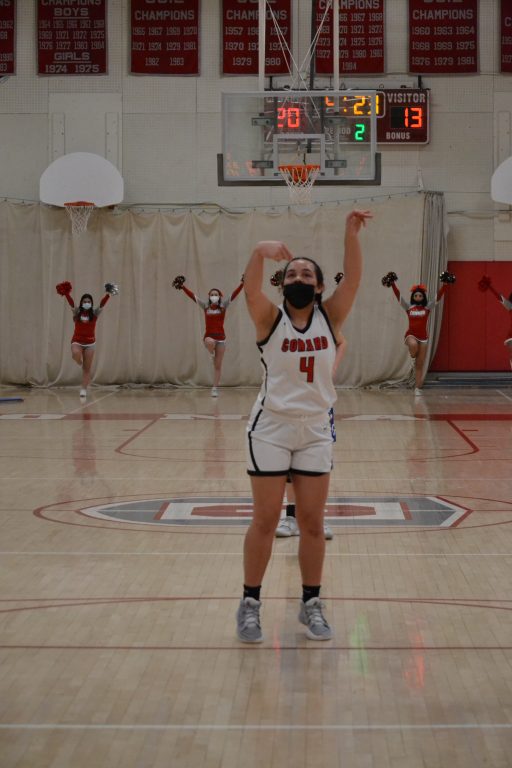 Both teams used aggressive, pressing defenses to put  pressure on the ball. That lead to a series of turnovers from both teams in the second quarter, which saw a total of 13 combined points scored. Conard would take the 24-17 lead into the locker room at the half. At the break it was Knowles (9 points), Cosgrove (6 points), and junior Tatiana Harrison (6 points) leading the way. 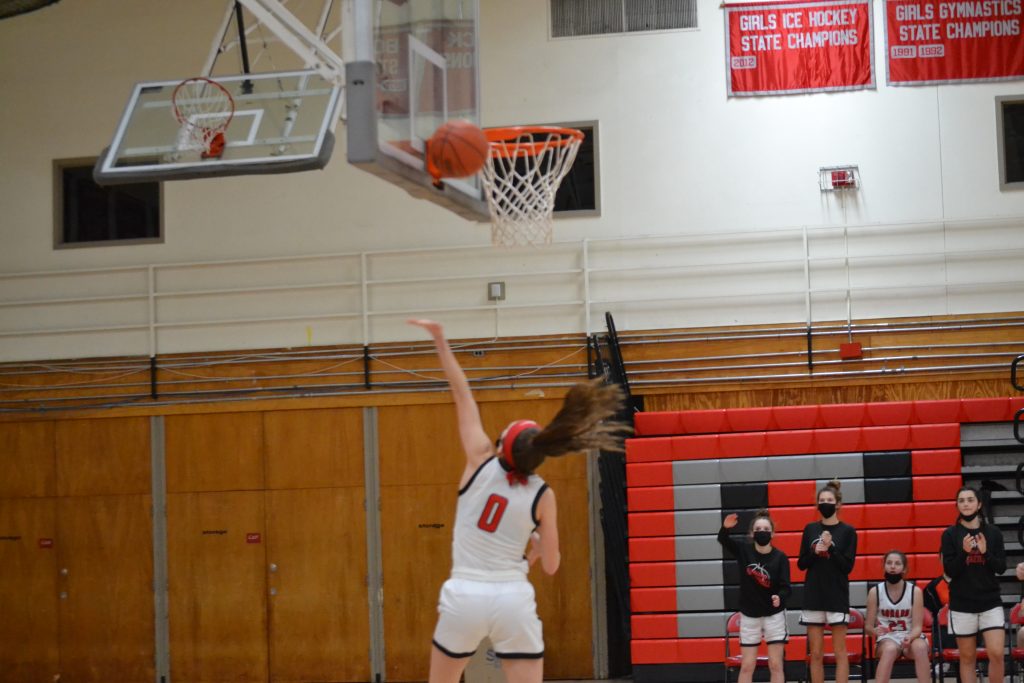 Callie Cosgrove of Conard lays in 2 of her game-high 19 points as her teammates look on. Conard vs. Glastonbury girls basketball. Feb. 7, 2022. Photo credit: Paul Palmer

“This is the hardest working group,” said Cersosmio of her club. “They really wanted it on Senior Night.”

In the third, Conard, especially Cosgrove, continued to display its fire on the offensive end. She would hit three 3-pointers, including one with just 2 seconds to play, to help give the home side a 37-25 lead after 24 minutes. 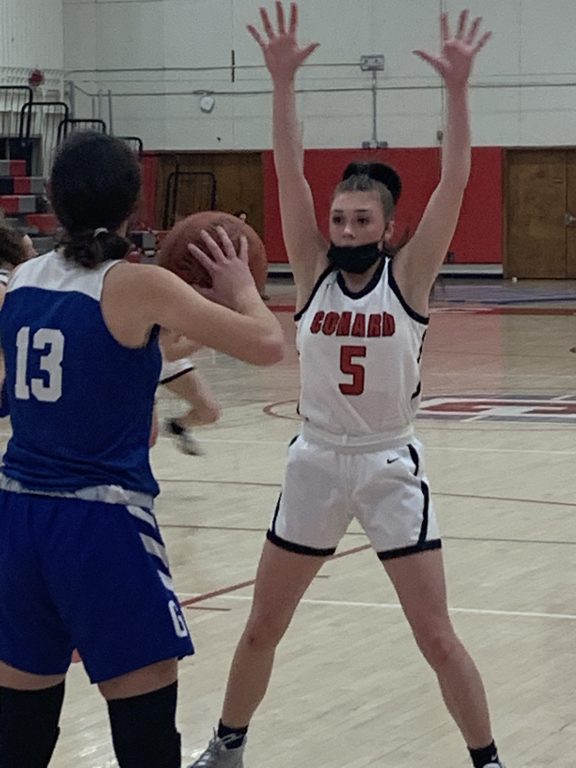 Although Conard had the lead, it never felt like the game was safe. Glastonbury’s pressure defense was about to turn up the heat in the gym, and Cersosimo was about to learn if her younger players could handle it.

When Knowles hit a basket at 6:21 of the final quarter, Conard had a game high 16-point lead at 41-25. Then a combination of a trapping defense, some creative offensive, and speed to the hoop showed why the Guardians came in having won 6 of their last 8.

Converting turnovers into points, Glastonbury used a 7-0 run in the span of 90 seconds to make it a 9-point game when Syd Kehl hit a 3. But another Conard freshman stepped up to settle things down.

Courtney McPhee stole the ball and was fouled on her lay-in attempt at the other end. She would hit the first free throw, and miss the second, but  Santiago was there, battling for the rebound. Conard would turn it over later in the possession, and Glastonbury would make it a 46-38 lead for Conard, before Santiago hit one of two free throws.

As time bled off the clock,  Glastonbury kept up the pressure on the ball, but they could not convert their opportunities on the offensive end. Knowles would hit a pair of free throws, and Cosgrove would add two of her own, and the win was sealed for Conard at 51-40. When asked about her seniors, an emotional Cersosimo said after the game, “They’ve helped me build this program to where it is today.”

As for the message her team will take from the Senior Night win over a team that had  beaten them by 15 in the third game of the season, the Conard coach said, “This win shows that they are getting better and that we are a good team.” 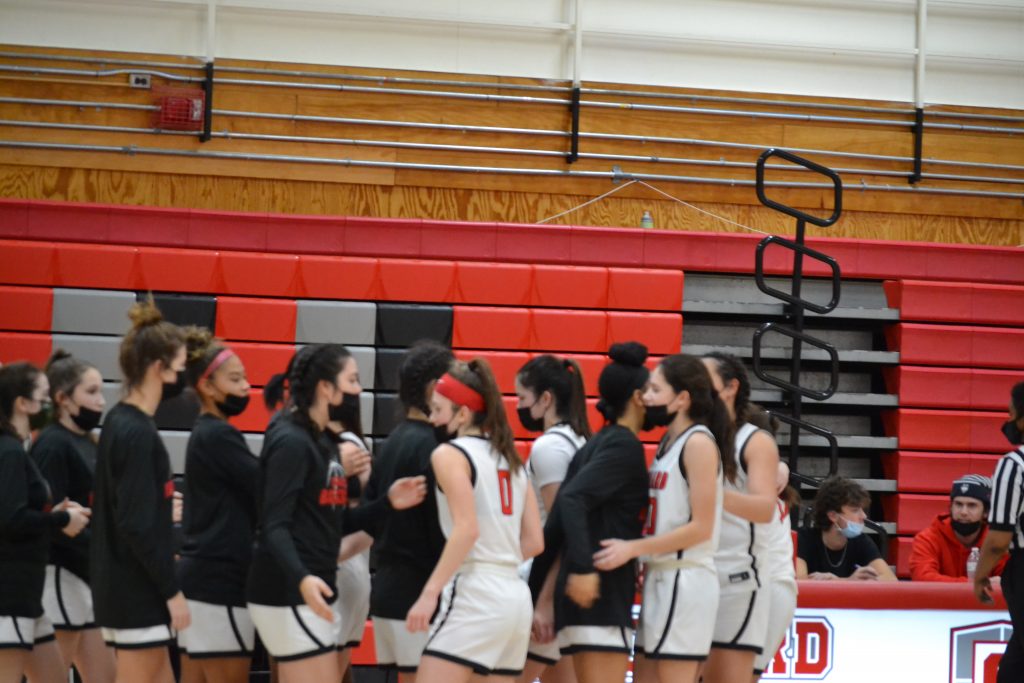 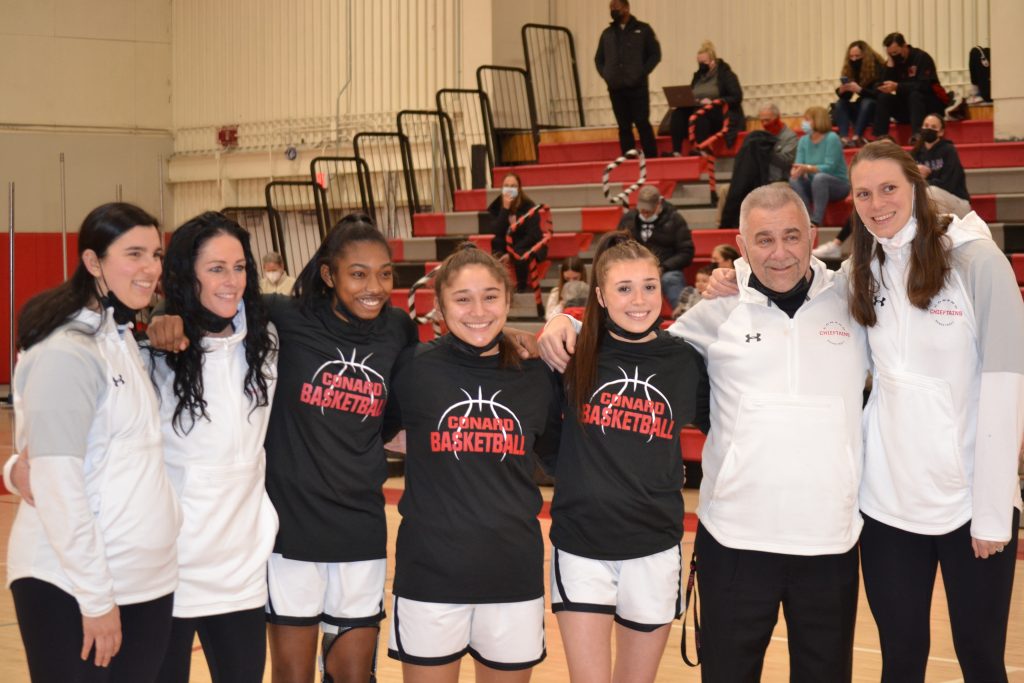