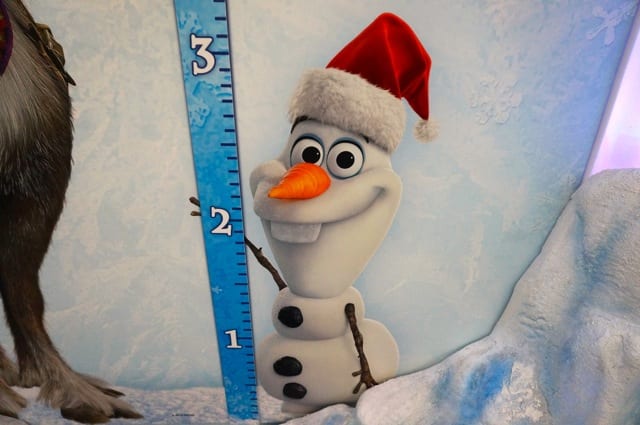 KIds can see how they 'meaure up' to Olaf. Disney's 'Frozen' is the theme of Westfarm's holiday Ice Palace in Center Court. Photo credit: Ronni Newton

This year Westfarms Mall’s annual holiday Ice Palace display features scenes, characters, and a chance to sing along to favorite tunes from the Disney blockbuster ‘Frozen.’ 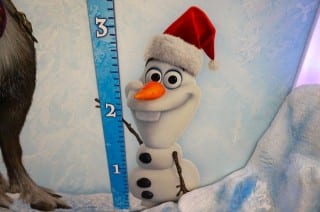 KIds can see how they ‘meaure up’ to Olaf. Disney’s ‘Frozen’ is the theme of Westfarm’s holiday Ice Palace in Center Court. Photo credit: Ronni Newton

It’s entirely possible that Santa Claus may be upstaged in the Westfarms Mall Center Court this holiday season by some “Frozen” characters and the chance to sing favorite songs while actual snow falls in a giant snow globe.

Westfarms always has a theme for its Center Court holiday display, with activities intended to entertain children as they wait in line for a chance to chat with Santa. The Ice Palace themes are always child-friendly, based on beloved books or movies, but “Frozen” is so wildly popular – and is the highest-grossing animated film of all time according to Disney – that the display is certain to be an attraction on its own.

The “Frozen” display is timed to coincide with Disney’s release of the “Frozen” Sing-Along Edition DVD, which will be available on Nov. 18. It features scenes from the movie, a chance to “measure up” to Olaf and Sven (the snowman and the reindeer, in case you are not a “Frozen” expert), a place where you can leave your “Frozen” handprint, an Ice Throne where you can have a photo op with a large stuffed Olaf, and – just before reaching Santa – the opportunity to enter the giant snow globe and sing along to “Let it Go” and other favorite musical selections from “Frozen” while scenes from the movie play out on muliple video screens and actual snow falls.

“The goal of the experience with Santa is to engage kids all the way through,” said Sarah Williams, marketing and sponsorship director for Westfarms. “We think that because of the ‘Frozen’ theme, we’ll have a hard time getting the kids out of here,” Williams said while standing inside the snow globe.

The snow is “actual” snow – completely natural and safe – and has to be shoveled out of the globe on a regular basis. It’s not as wet as snow, but having snow in your child’s hair for a photo on Santa’s lap could add to the ambience of the wintry experience.

The sing-along video that is shown inside the dome was actually created by Disney just for Taubman Centers, which owns Westfarms, said Amanda Sirica, public relations coordinator for Westfarms. It’s being shown only at 10 Taubman malls throughout the U.S.

Before families leave Center Court, they will have a chance to visit the Ice Palace gift shop. “This is the first time we’ve done a full gift shop,” Sirica said. The pop-up gift shop sells “Frozen” dress-up clothes, plush dolls, accessories – “everything that’s on every little girl’s wish list and all ‘Hot Toy’ lists,” Sirica said. The original “Frozen” DVD will be sold and the sing-along version will also be available as soon as it is released.

“Frozen” merchandise is a hot commodity and sells out quickly. Williams said that the pop-up shop has 25-30 different items, and they have several suppliers lined up to keep the store well-stocked.

Westfarms is also pleased to be able to showcase its newly-renovated Center Court, which was completed just in time for the holiday display. “Because it’s so much more open, it creates a much larger footprint for the Ice Palace,” Williams said. Although lines of children and families are still expected to visit Santa nearly every day, “We expect this to be much more engaging than past experiences,” Williams said.

Santa Claus will be at the “Frozen” Ice Palace from Nov. 6 through Dec. 24. All visitors will receive a complimentary Disney “Frozen” Look-and-Find book.