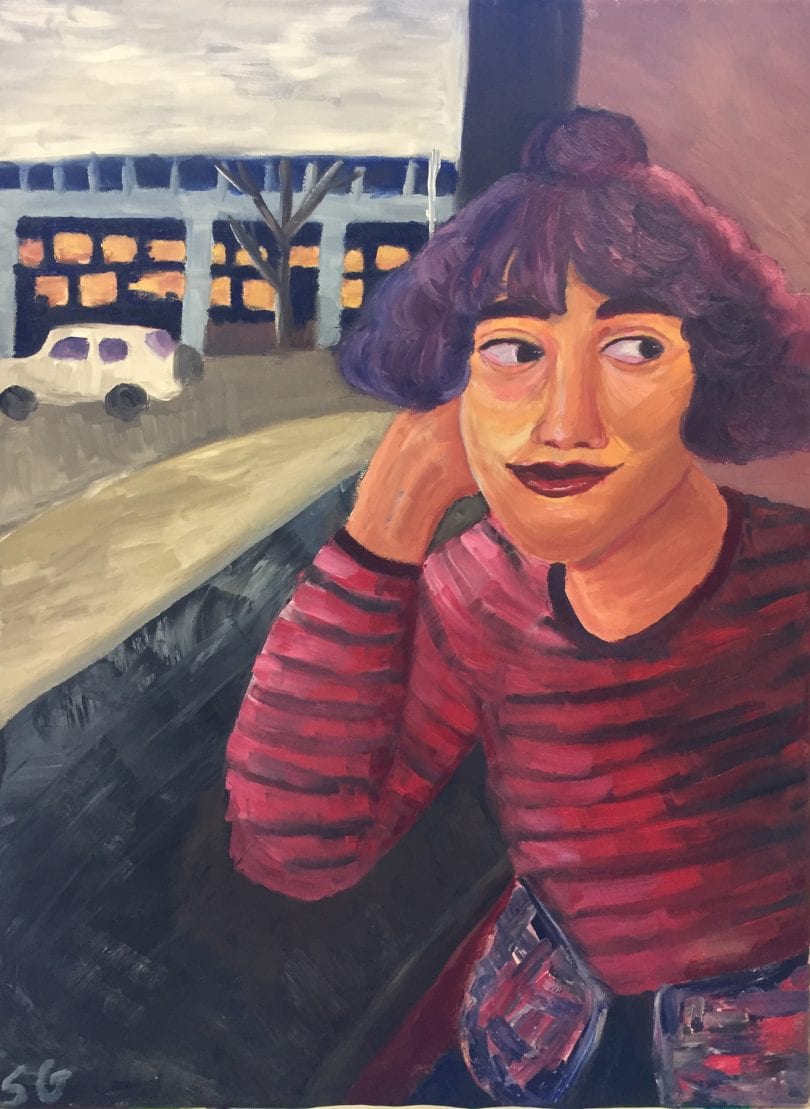 Students who are members of the National Art Honor Society at West Hartford’s Conard and Hall high schools have their work on display for virtual viewing. 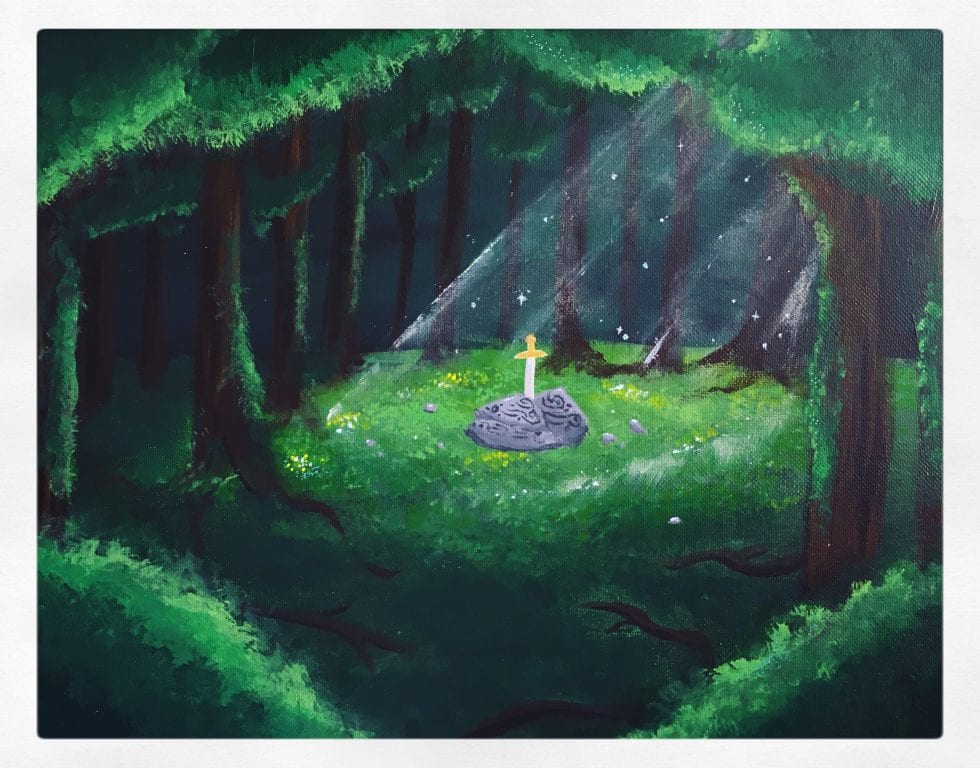 Organizations across the board have adapted in myriad and impressive ways during the novel coronavirus pandemic.

In-person birthday parties have given way to car parades, neighborhoods have hosted impromptu concerts in their driveways and, most of all, face-to-face contact has often moved into the virtual world.

Such is the case with the Hall and Conard high schools National Art Honor Society fifth annual art show, which was opened in March at the West Hartford Public Library. By the middle of the month, it couldn’t be viewed in person as most public and private spaces in the state shut down due to physical distancing requirements set forth by Gov. Ned Lamont.

“Unfortunately, we put up the show, then the library closed because of COVID,” said high school teacher Jessica Fallis, who is a National Art Honor Society adviser along with Brigid Kennedy at Conard and Rob Loebell at Hall. “Students had no chance to see the show and have an induction ceremony into the honor society.”

Along with having their art exhibited in the show, students every year get inducted into the National Art Society at the end of March, Fallis said, where there is a guest speaker – typically successful alumnus in the art field or who knows of the importance of art.

With that canceled, and the exhibit itself shuttered behind the building’s locked doors, library staff and school advisers decided to find a way to have the students’ work seen. They set up a virtual gallery that has been viewed by thousands of people since its launch in late April. 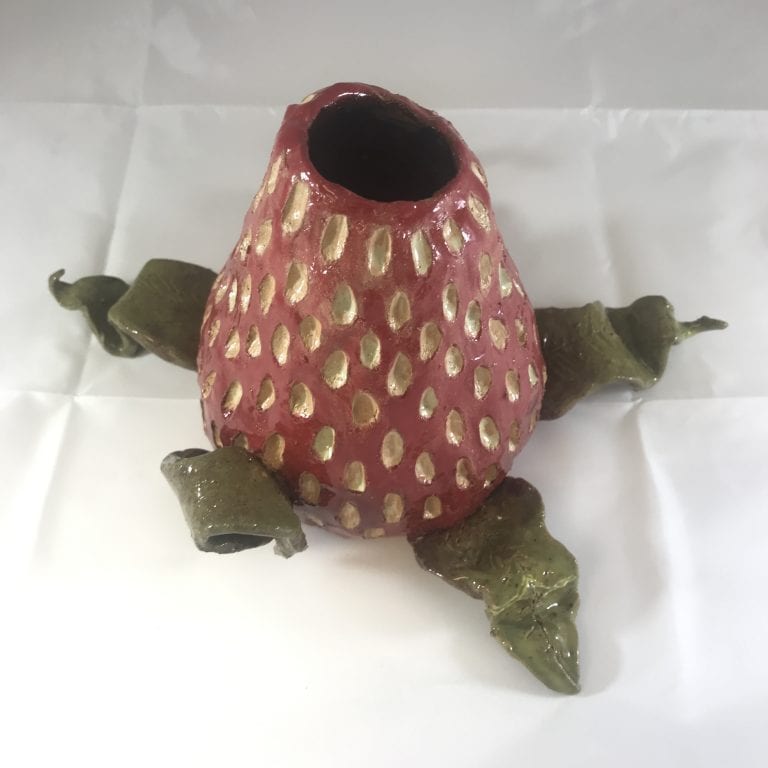 The work on display is from students in grades nine through 12 and represents the best of their studio artwork from this year, Fallis said. Work ranges from drawing and painting, to ceramics and sculpture, she said.

Fallis said while it’s not the same as having the in-person show and induction ceremony, the overall reaction to the 360-degree virtual tour has been “very positive.”

According to Joseph Cadieux, manager of grants and programs for the West Hartford Libraries, the show has gotten thousands of view so far.

“Students were excited to see their artwork getting attention,” Fallis said. “It’s nice for them to have it online and see how many people looked and responded to it. It’s important for them. It’s a creative solution to the times we live in. I think it really came together really nicely this year. The work is really strong.”

Reference librarian Andrew Piro, who helped spearhead the library’s efforts on bringing the artwork to people’s computers and phones, said he has taught in the past and was aware of a tool to make virtual tours.

Piro said he’s working into offering virtual galleries for more of the library’s art shows in the future as a way for people who otherwise might not view those shows and as a way of preserving them for future viewing.

“Nimble” might not be the first word that comes to mind when thinking of public libraries, but given ever shifting technology and demands of residents, library staff members are constantly thinking of different ways to deliver their services to the public.

Piro said his approach to the virtual art tour is no different.

“I’m thinking ahead of how we want to use this,” he said. “We have art galleries come through all the time. And, coinciding with this [virtual tour] we got a grant to do virtual reality at the library.”

“Long after the shows are taken down, someone can experience what that gallery was like,” he said, noting he wished he had the idea to preserve the last big art show at the library – “Trees of West Hartford.”

Fallis, meanwhile said the library’s and community’s response to the virtual show is indicative of how West Hartford backs the arts in general.

“One thing that stands out in West Hartford is how much they support the arts,” she said. “It’s amazing the library is willing to do this to support our high schools. I was surprised they wanted to do this and that it came to gather so nicely.”

The art show can be seen here: https://poly.google.com/view/4jvpyXmvjUB.

A version of this article originally appeared in the June issue of West Hartford LIFE. 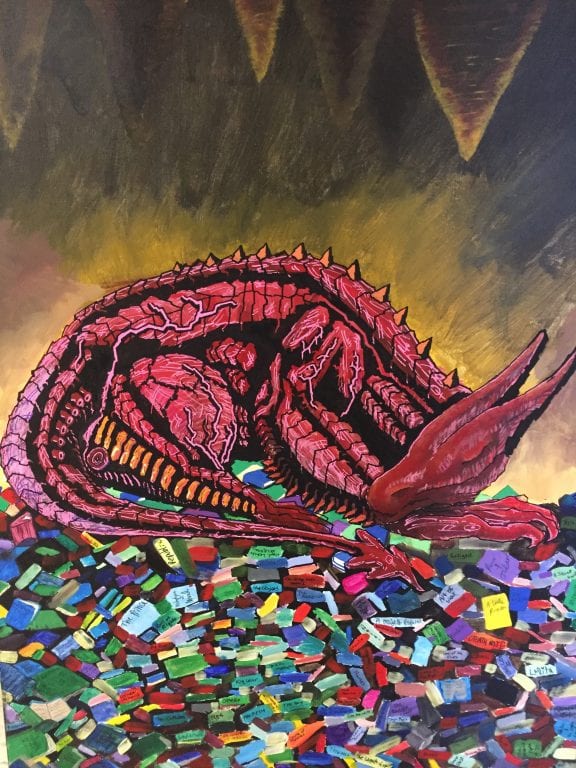 Paintings for the Children’s Reading Room at the library prepared as a community service project at Hall. Courtesy image 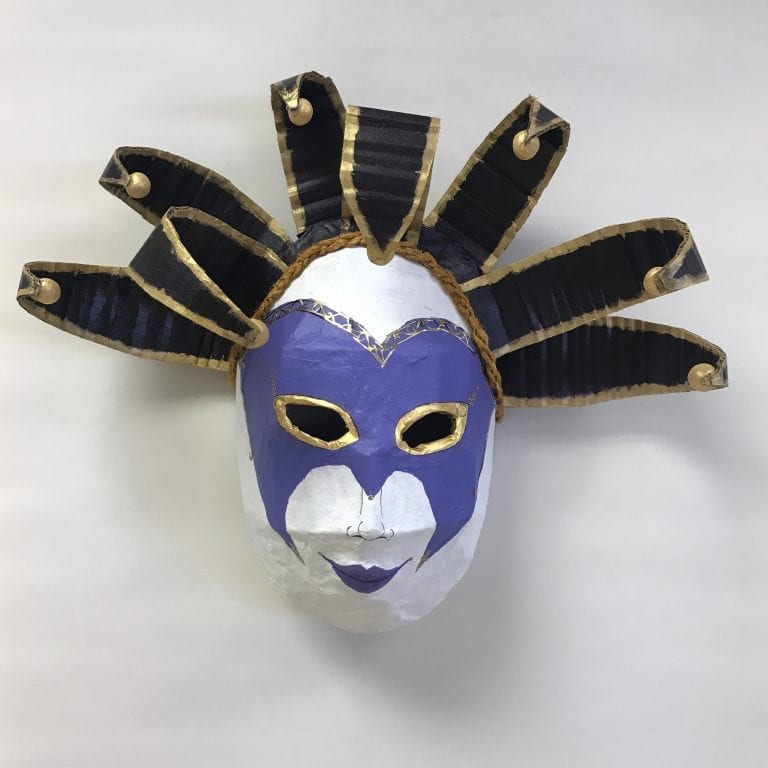 ‘Surely, You Jest!’ in paper mâché and cardboard by Jenna Hutensky. Courtesy image