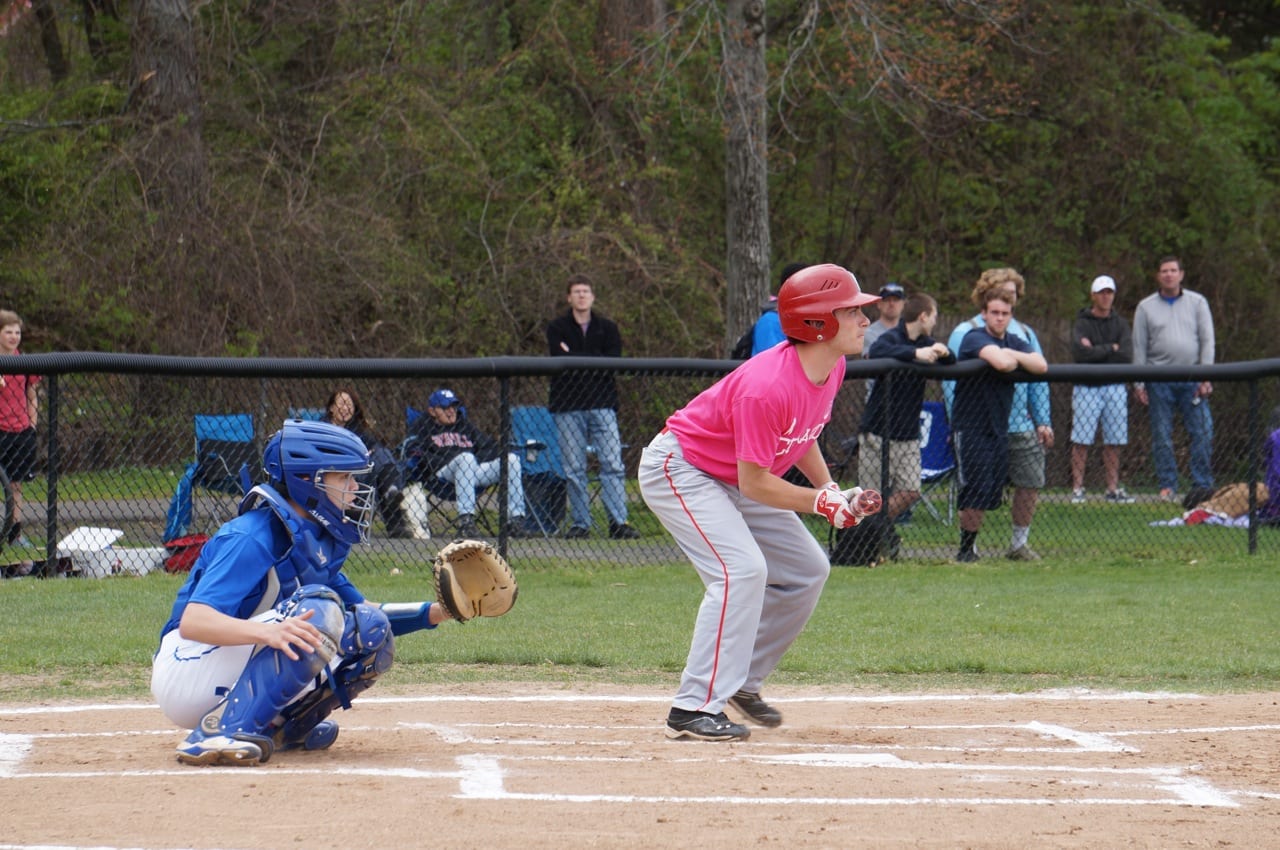 Hall hosted Conard in the first meeting this season of West Hartford’s crosstown rivals, but ‘Strike Out Cancer’ was the theme of the game. 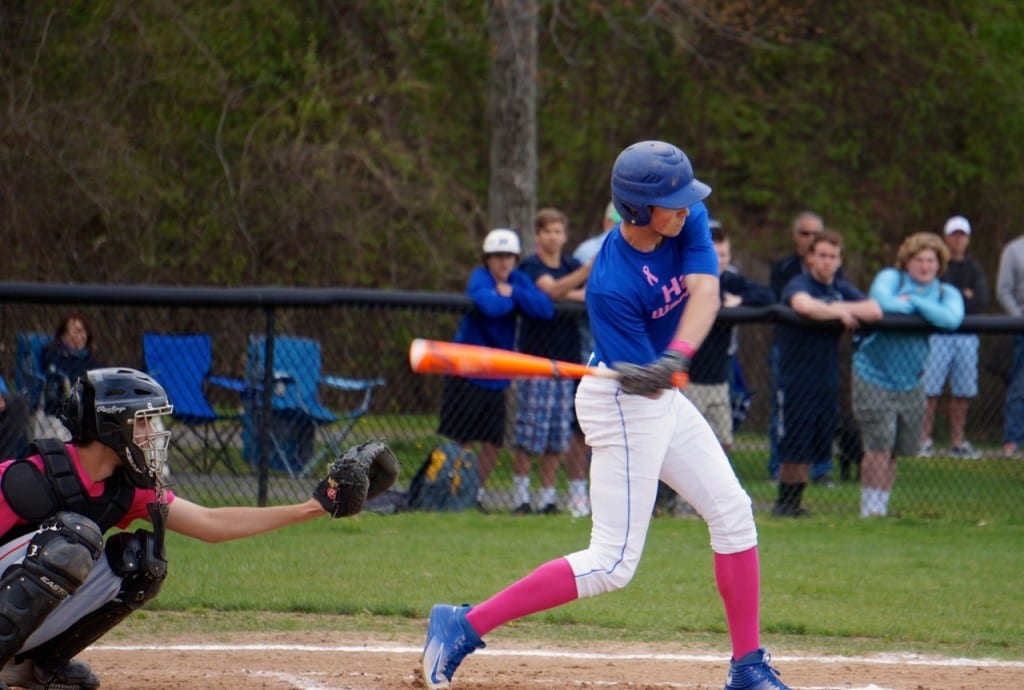 Hall was a big winner over Conard after a sixth-inning grand slam by senior captain Danny Roth pushed the score to 11-2, but those who benefit from funds raised through the American Cancer Society were also big winners.

Conard and Hall meet twice a season in baseball, with the annual Mayor’s Cup game at the University of Hartford as the final contest between the West Hartford teams. Last year, the teams’ first meeting was a fundraiser through the American Cancer Society’s Coaches vs. Cancer program, and once again the teams were united in their first game to raise money for the team “Lynn’s Hope” that will participate in the Making Strides Against Breast Cancer walk in Hartford in October.

The inaugural Strike Out Cancer game was held in May 2015, and prompted by then Conard co-captain Jordan Muchin, whose family is friends with cancer survivor and “Making Strides” team leader Lynn Torsiello. Muchin was motivated to raise money in support of his family friend after participating in a breast cancer fundraising game in Southington the previous year.

Team captains once again designed special shirts for the day (pink for Conard and blue with pink letters for Hall), and most of the players on both sides played in honor or memory of those touched by cancer, with all of the names listed in the program. Several cancer survivors had the opportunity to throw out a ceremonial first pitch.

Conard led early in the game when Sam Newton hit a double and scored on a long single to right by Joe Celio.

In the bottom of the fifth, a single by Tyrek Robinson scored Chase Jeter and Derek Berube who came into the game to pinch run for R.J. Michaels, pushing Hall ahead 2-1.

Conard picked up another run in the top of the sixth when Carson Reale – pinch-running for Celio – crossed home on a double by Jeff LaRosa.

Hall’s bats really came alive in the bottom of the sixth with two scoring on a double by Charlie Lage, and Phil Gitman stealing home. Hall was up 7-2 with the bases loaded when Roth hit a grand slam over the left-field wall and the home crowd erupted with cheers.

Dominic Niman pitched for Conard into sixth inning but was replaced by Patrick Baron and Michael Mathews who ended the game.

Chase Jeter got the win for Hall.

The game was much bigger than the score, said Torsiello. The game raised $500 through donations and the sale of baked goods and merchandise, she said.

“I would love for this to be the second of many Coaches vs. Cancer Conard/Hall games to be held in the future,” said Torsiello.

Torsiello said that she talked to many of the parents and students on the sidelines, and everyone thought the game was a great idea. “Everyone wins when money is raised for the American Cancer Society, especially those of us who are battling the disease and are praying and very hopeful for a cure,” Torsiello said. 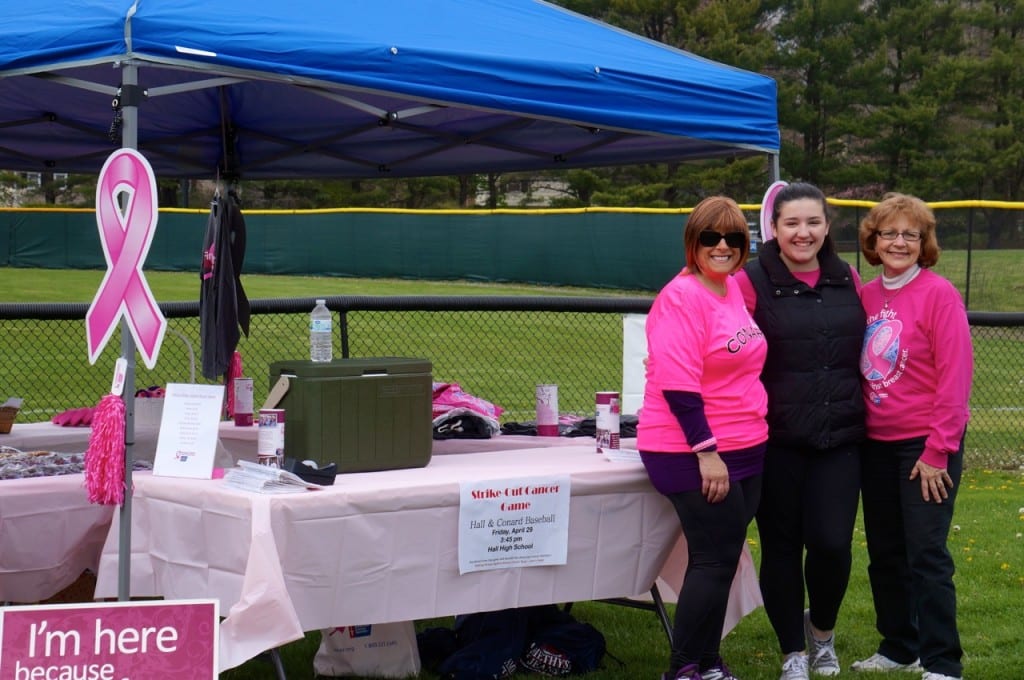 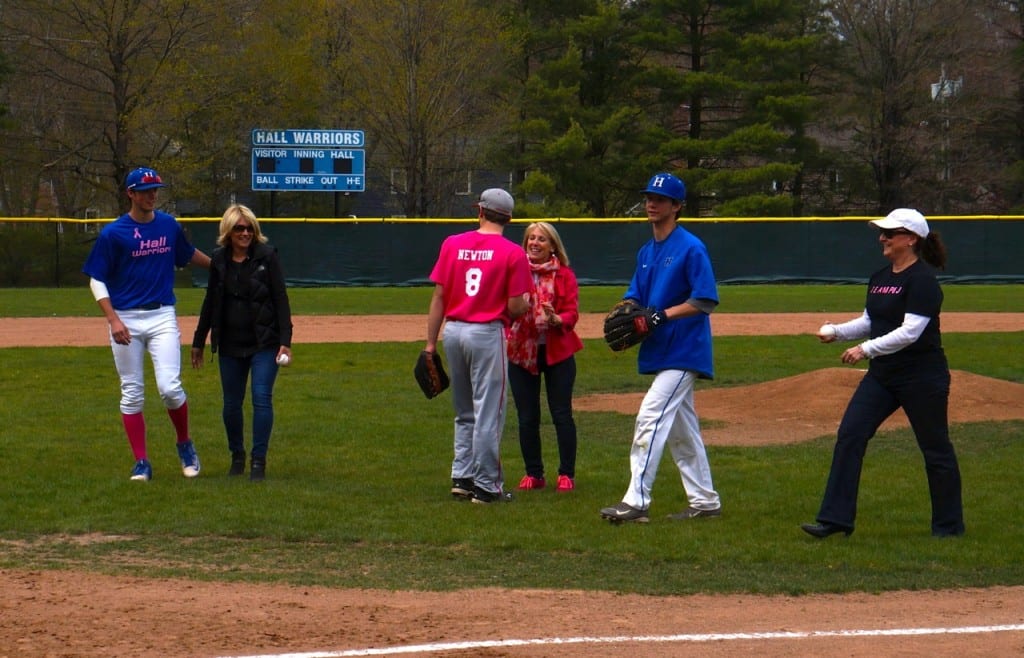 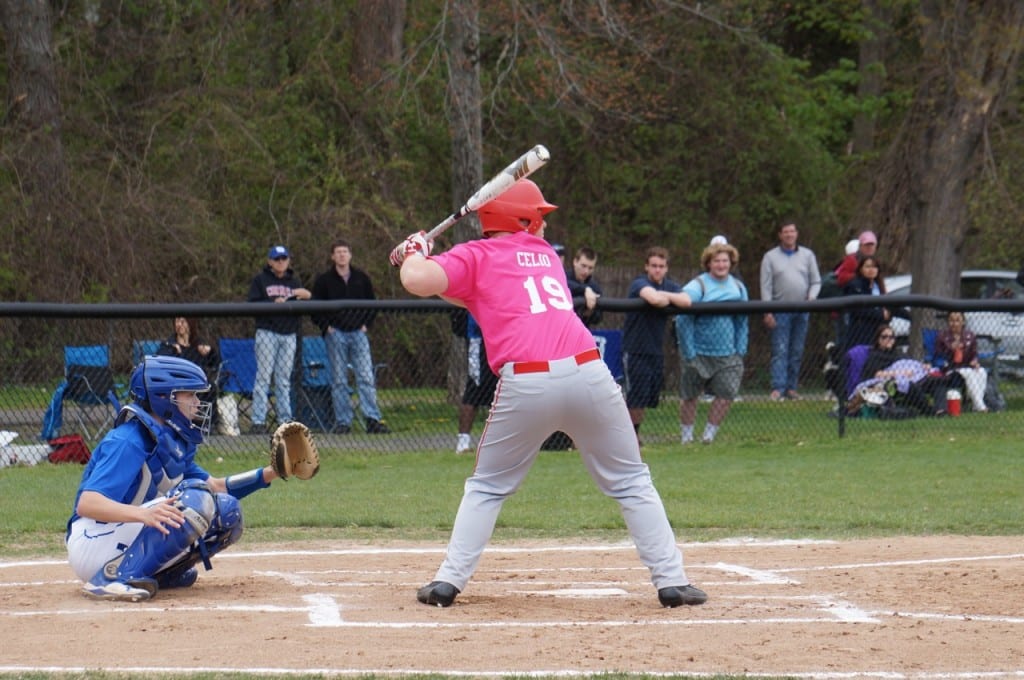 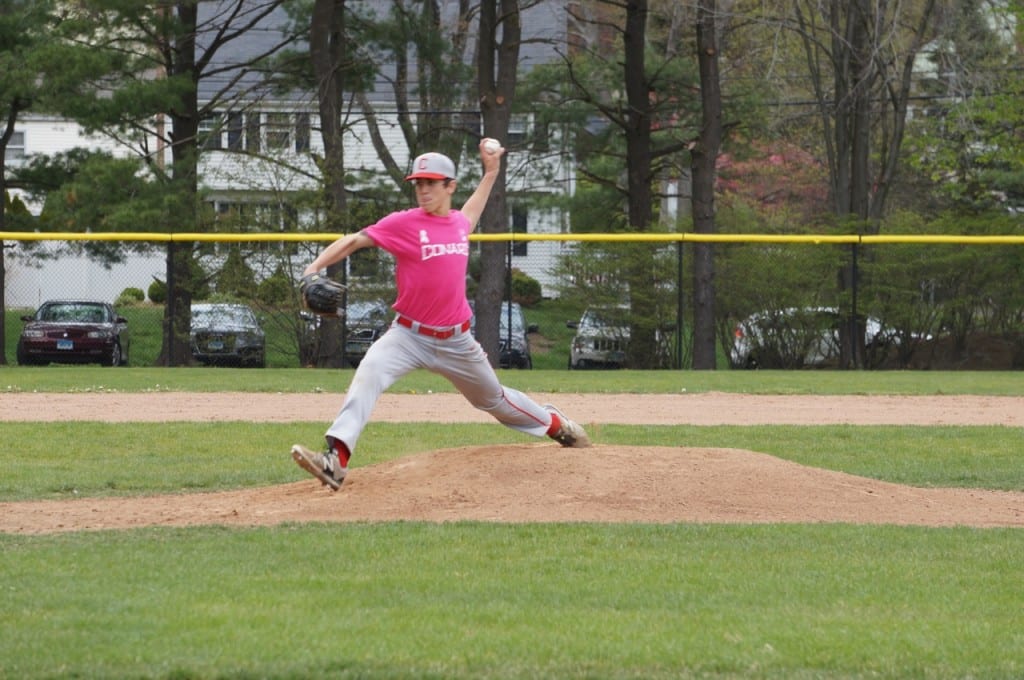 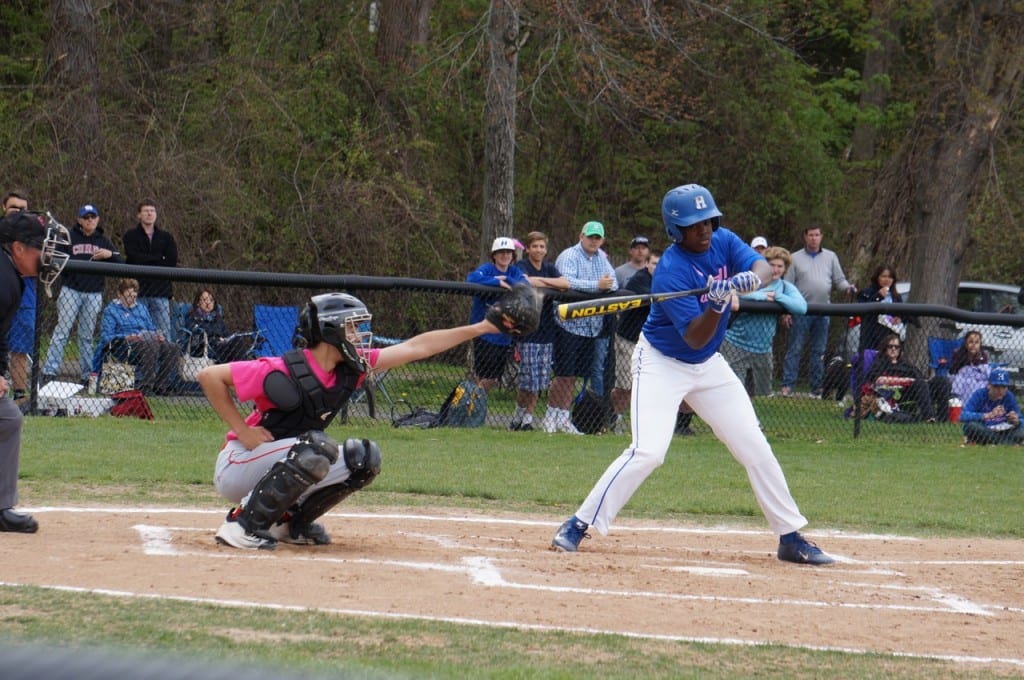 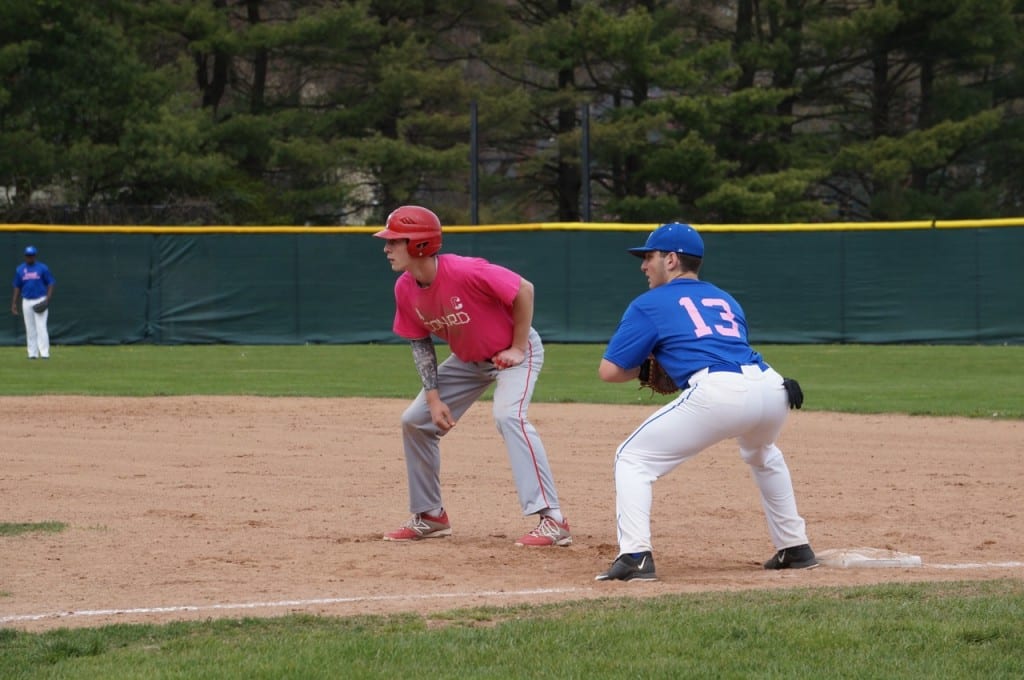 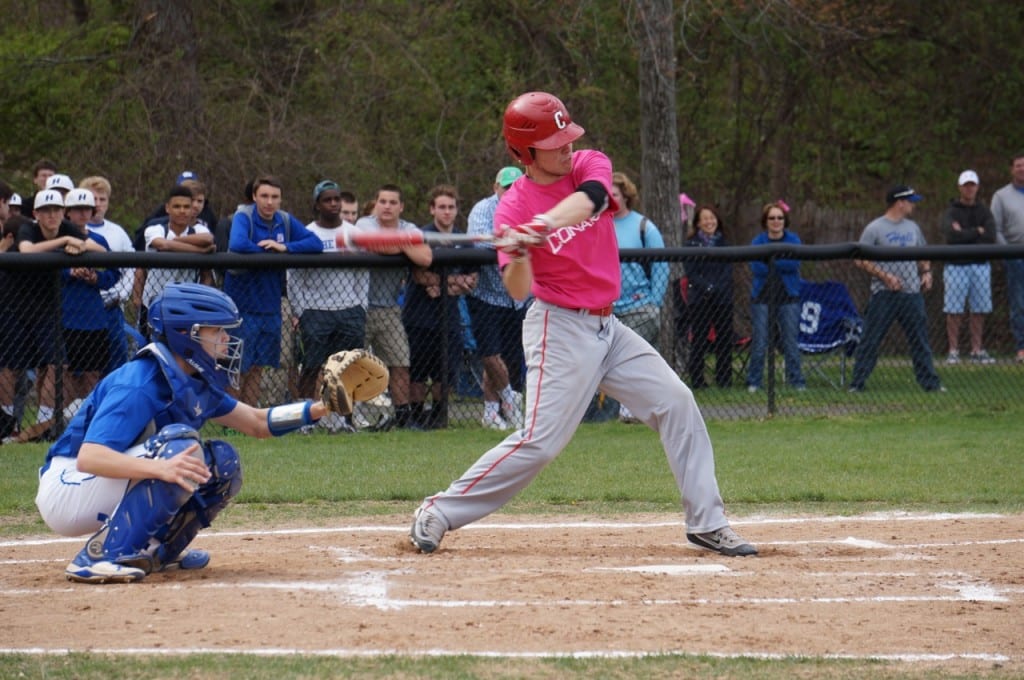 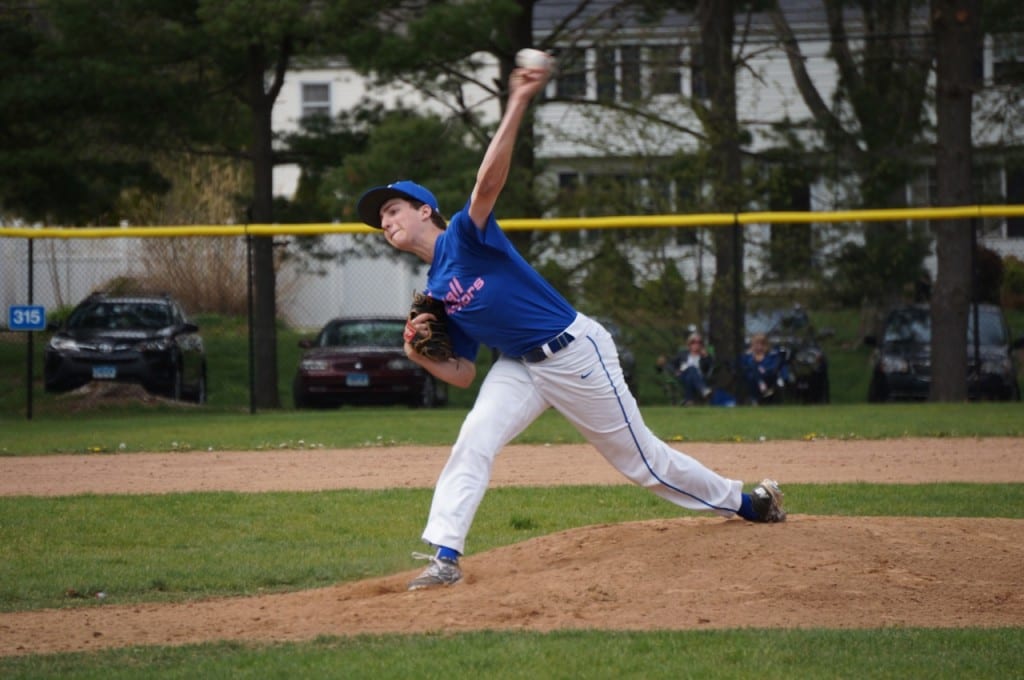 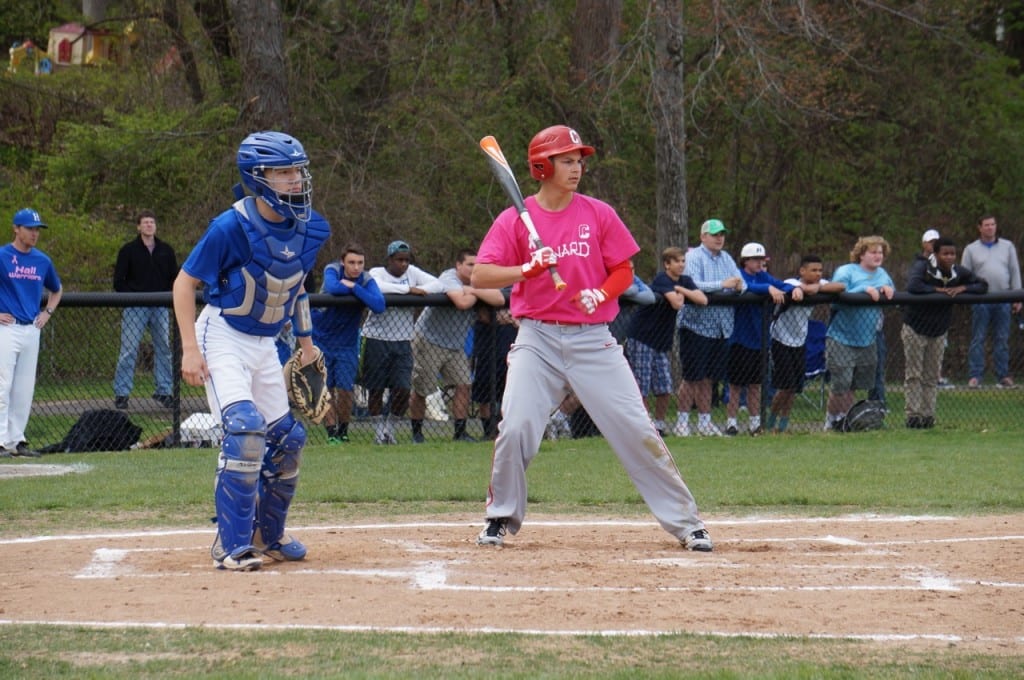 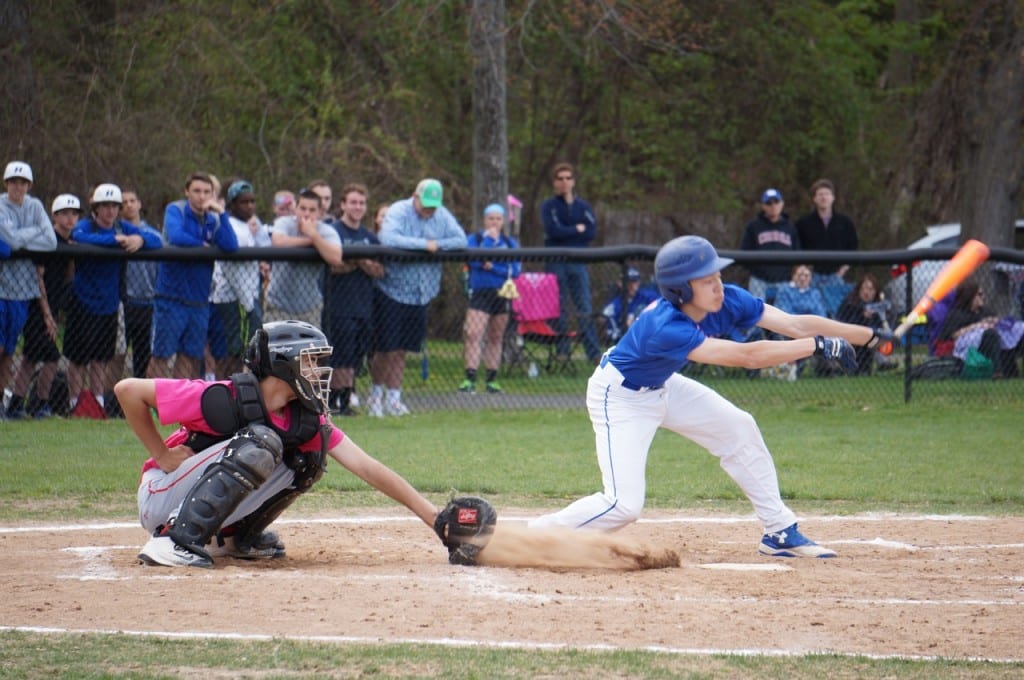 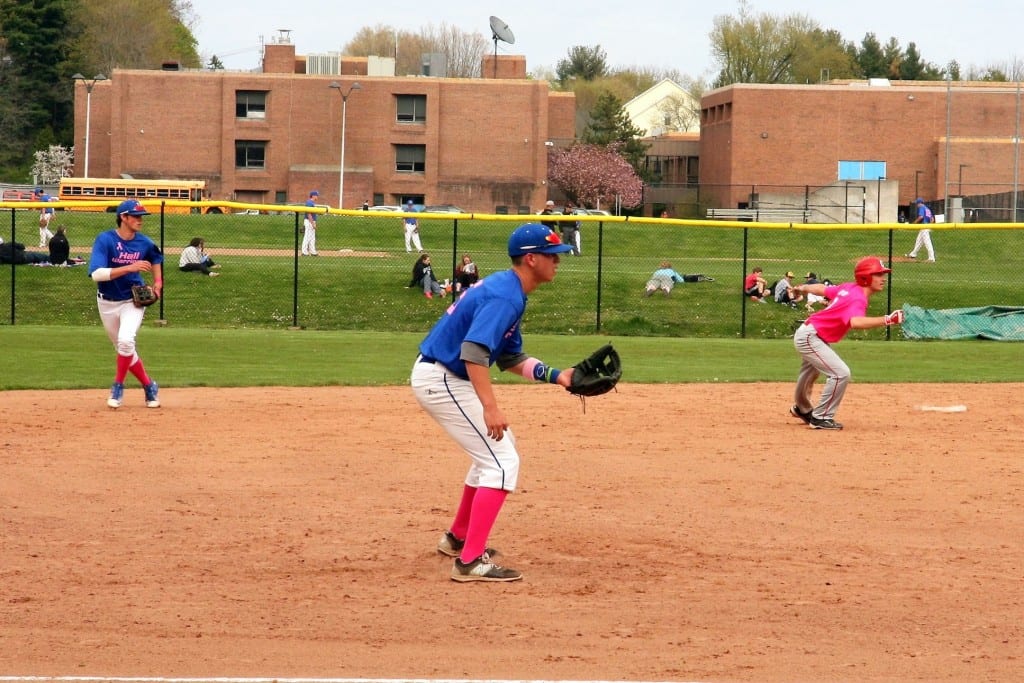 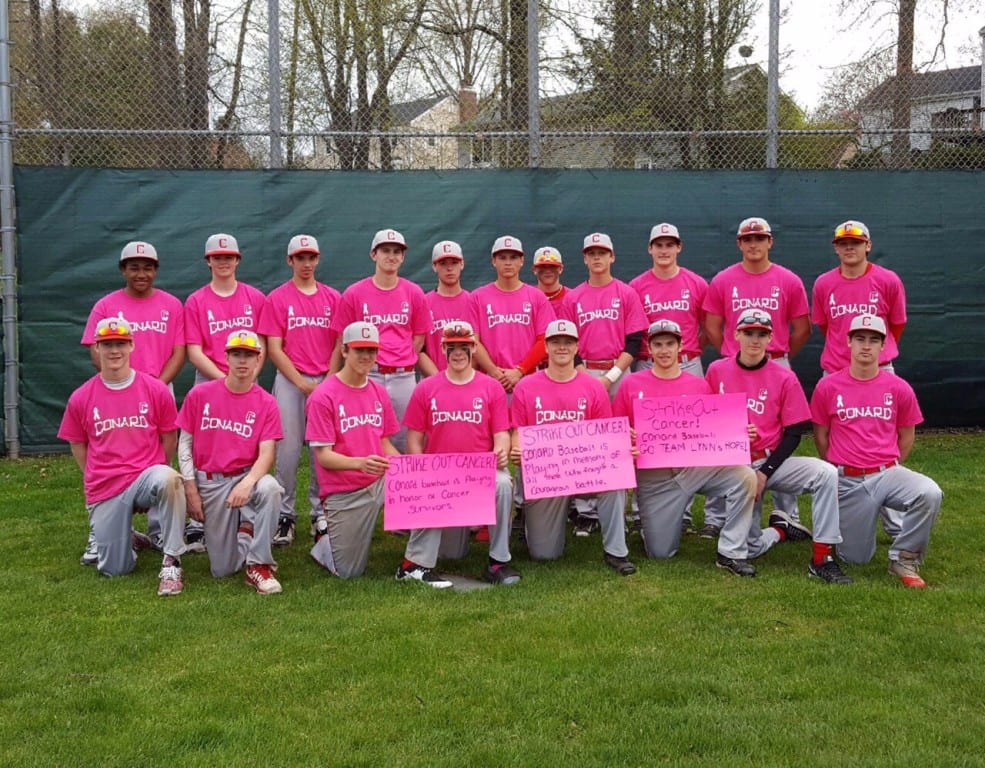 The Conard baseball team played in honor and memory of those who battle cancer. Photo credit: Debbi Zimbler 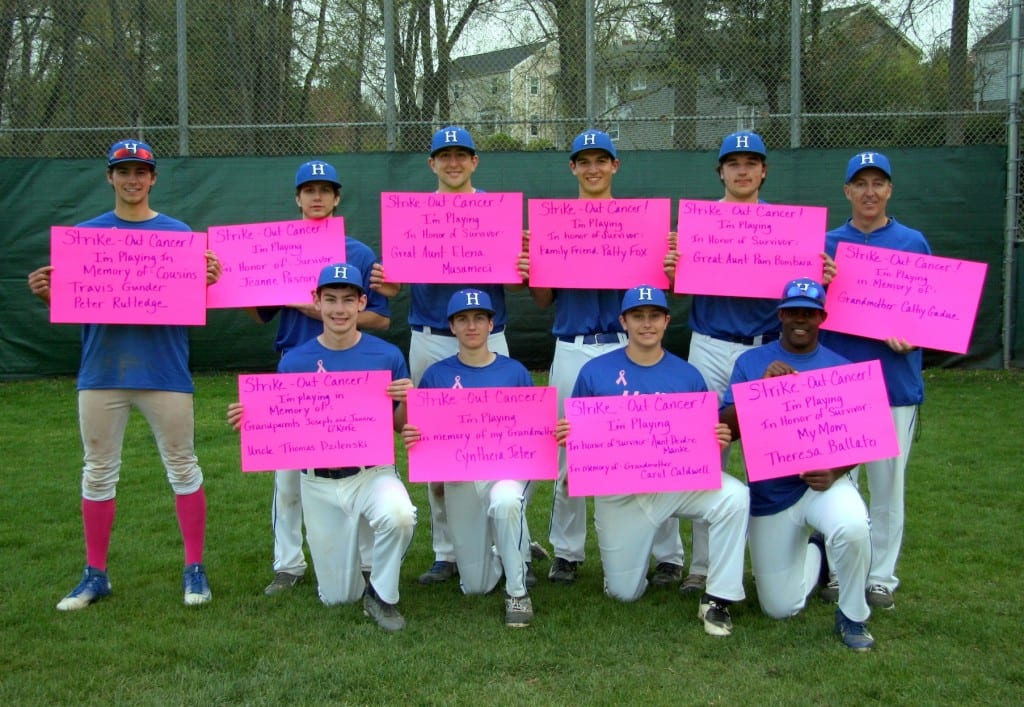 Hall players with posters bearing the names of those who they played in honor or memory of. Photo credit: Angie Roth 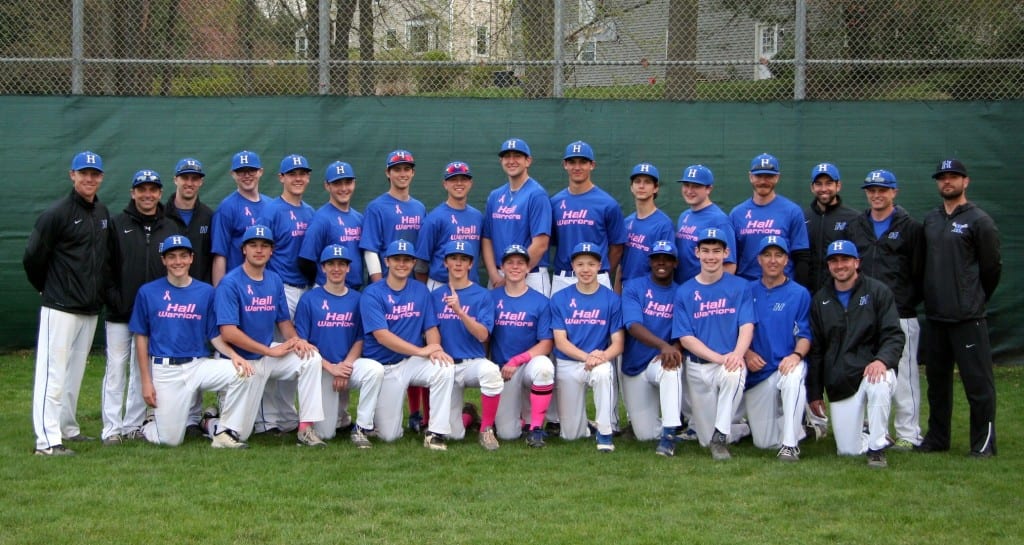