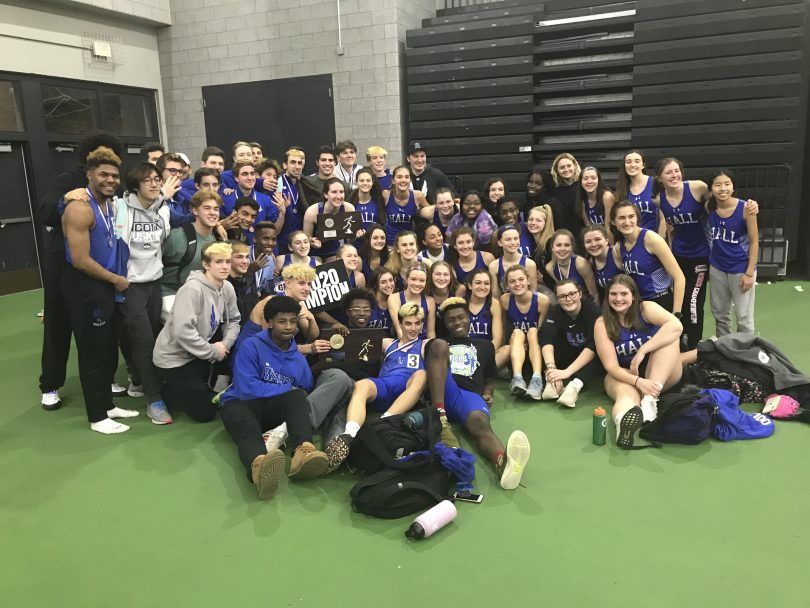 Many boys and girls from West Hartford’s Hall and Conard high schools earned spots in the State Open on Feb. 22 following their performances in divisional meets last weekend. 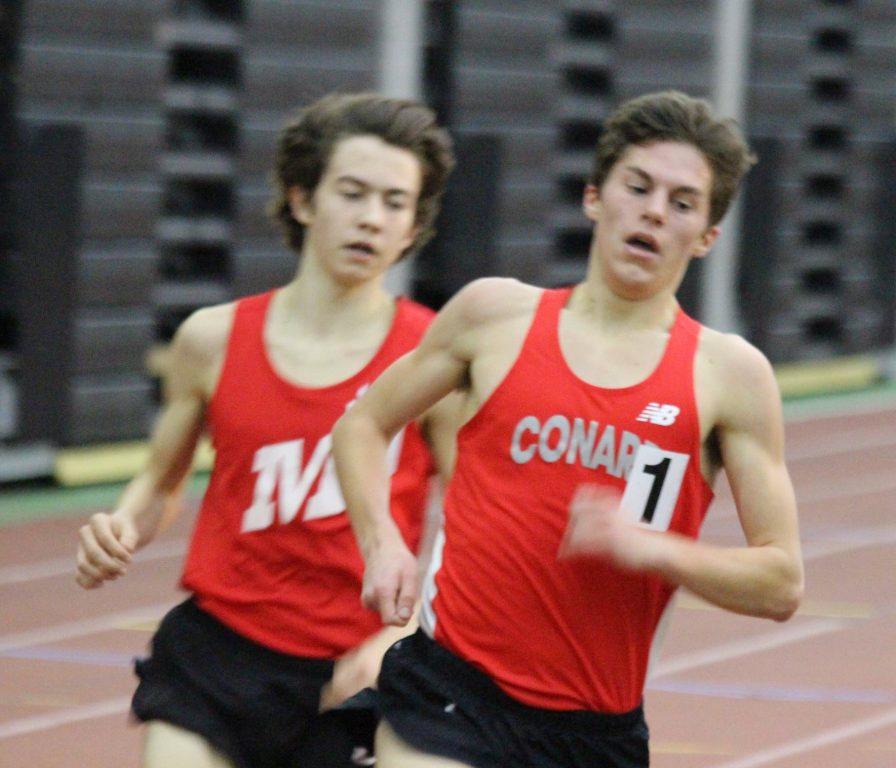 Conard’s Gavin Sherry (right) speeds to victory in the 3200 over runner-up Aidan Puffer of Manchester in the Class LL meet Feb. 13. He broke a meet record and is seeded first in the State Open. Photo courtesy of Ron Knapp

The Hall High School boys indoor track and field team took home the Class LL title Feb. 13 – the fourth year in a row the boys have won their divisional meet, finishing with 48 points to Ridgefield’s 47 points.

The Conard girls, who competed in Class L on Saturday, Feb. 15, finished in fifth place with 36 points.

Among the girls and boys at both schools, event championships were won and school records were broken, and in the case of Conard sophomore Gavin Sherry, the state’s Gatorade Cross County Runner of the Year for 2019, a meet record was also broken.

Sherry won the Class LL championship in the 3200 on Feb. 13, setting not only a school record but also a Class LL record in a time of 9:06.06, beating top rival Aidan Puffer of Manchester by 3 seconds. Sherry’s teammate, Vebjoern Roeed, took third place while Sherry’s twin brother, Callum Sherry, finished in fourth place. The trio are among the top five seeds in this year’s State Open.

Gavin Sherry also anchored the Conard boys 4×800 relay team that was event champion at the Class LL meet on Feb. 13 in a time of 8:14.17. Other team members included Callum Sherry, Sophonias Dires, and Roeed.

Hall’s Marcus Ramsey, with a shot put throw of 50-04.25 set a school record in the Class LL meet on Feb. 13 and won the event championship. Ramsey is seeded fourth heading in to the State Open.

Jackson Grady, who finished second in the 1000, was also a key contributor to Hall’s overall win.

School records set at the Class LL meet on Feb. 13 by the Hall girls include Katherine George’s 38-07.25 shot put throw. George finished in second place at the meet. 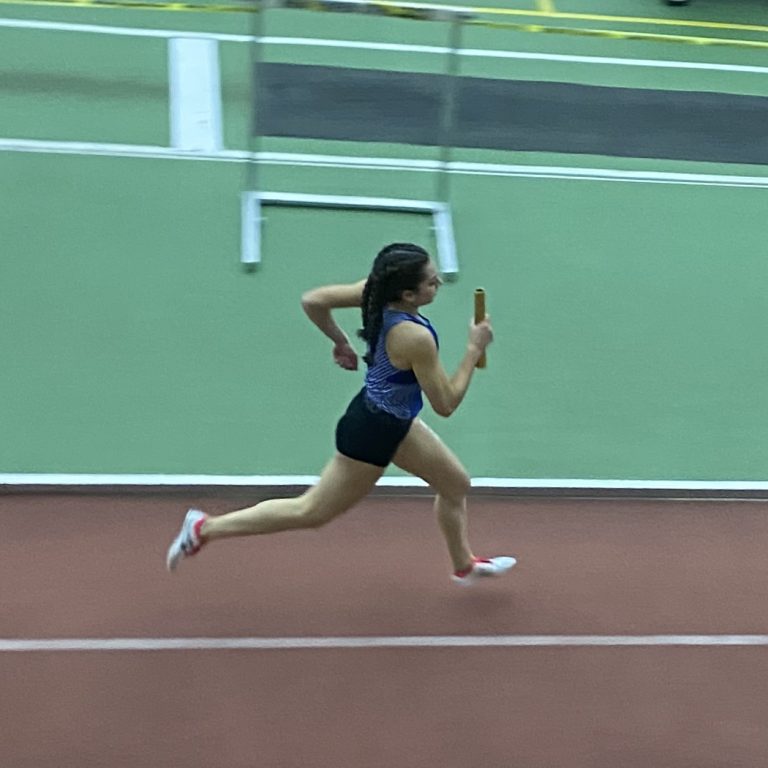 Jenna Zydanowicz took second place in Class LL in the 1600 and 3200. Courtesy of Elizabeth Hanlon

Jenna Zydanowicz ran 5:07.65 in the 1600, setting a new school record and earning a second place finish in Class LL. She is seeded second in the State Open. 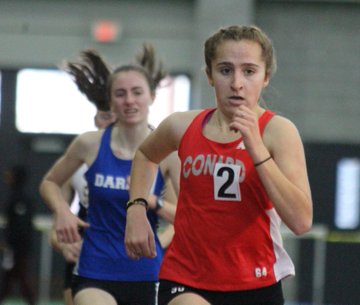 Conard junior Chloe Scrimgeour won both the 1600 and the 3200 in the Class L meet Feb. 15. Photo courtesy of Ron Knapp

The winners of each divisional meet and the next best 14 athletes from across all meets in each event qualify for the State Open, which will be begin at noon on Saturday, Feb. 22 at the Floyd Little Athletic Center in New Haven.

Overall, dozens of individual athletes – male and female – and relay teams from both Conard and Hall will compete in the State Open.

The top six finishers in each event at the State Open are invited to compete in the New England Regional Championships, which will be held Saturday, Feb. 29, at the Reggie Lewis Center in Boston.

Complete results of the Class LL and Class L indoor track and field championships, and the seedings for the State Open, can be found here on the CIAC website.

More information, as well as a fan guide to the State Open, can also be found on mysportsresults.com. 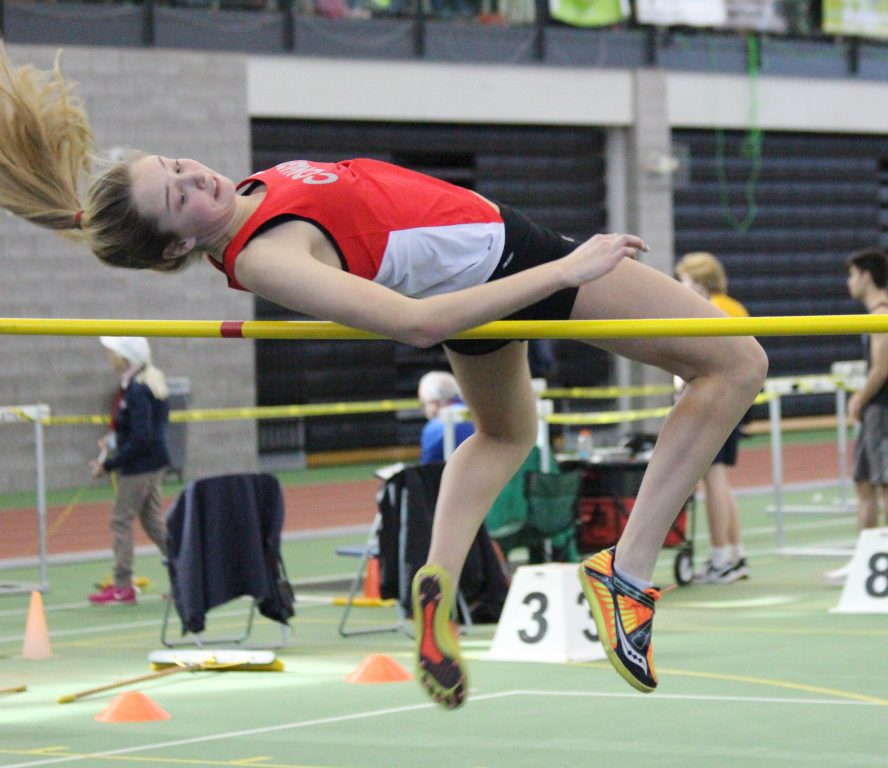 Conard’s Audrey Kirkutis won the High Jump in the Class L meet Feb. 15, with a jump of 5-02.00. Photo courtesy of Ron Knapp 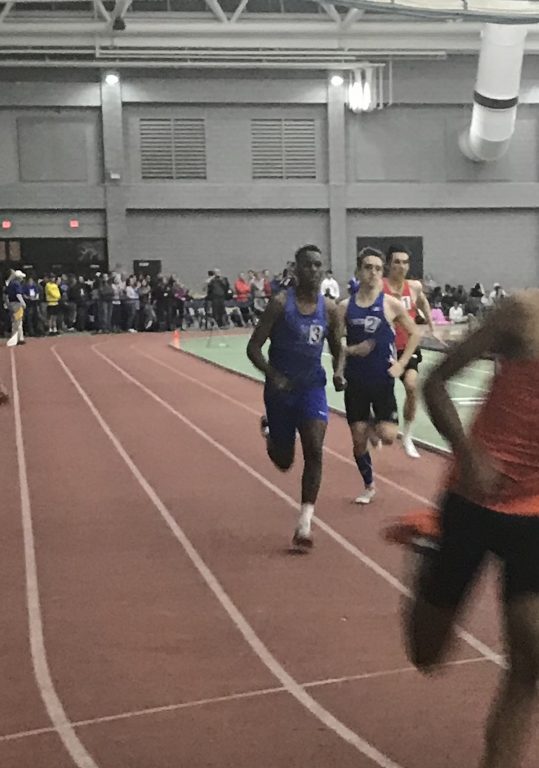 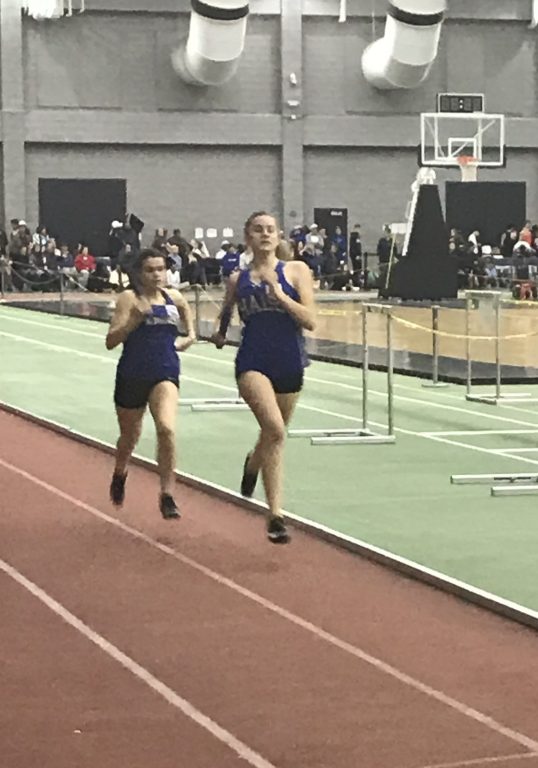 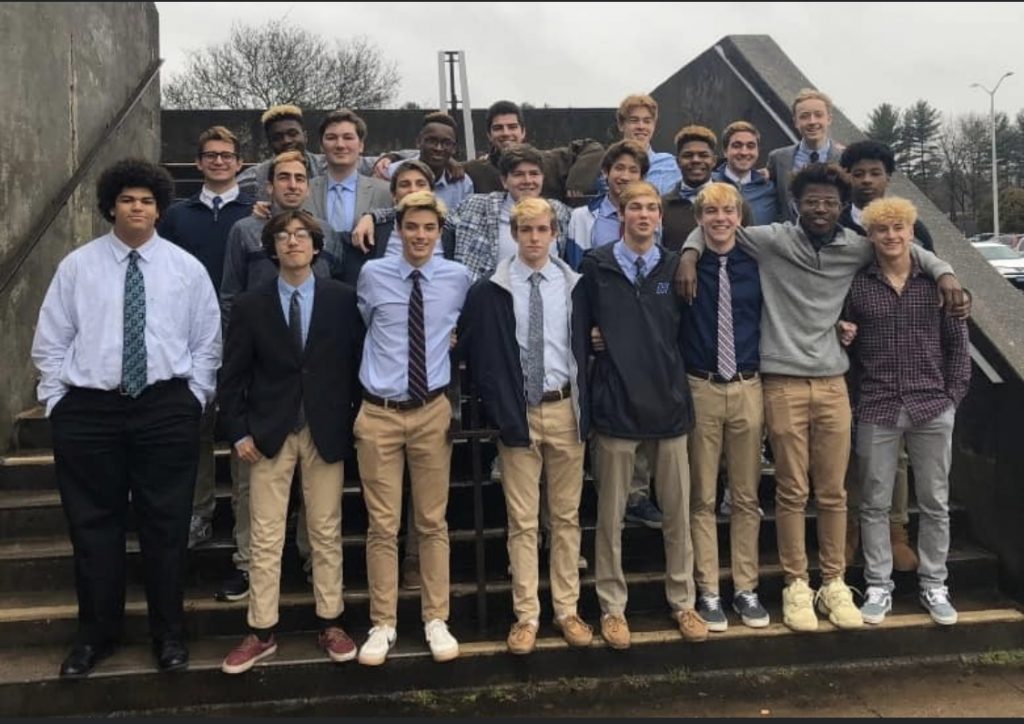