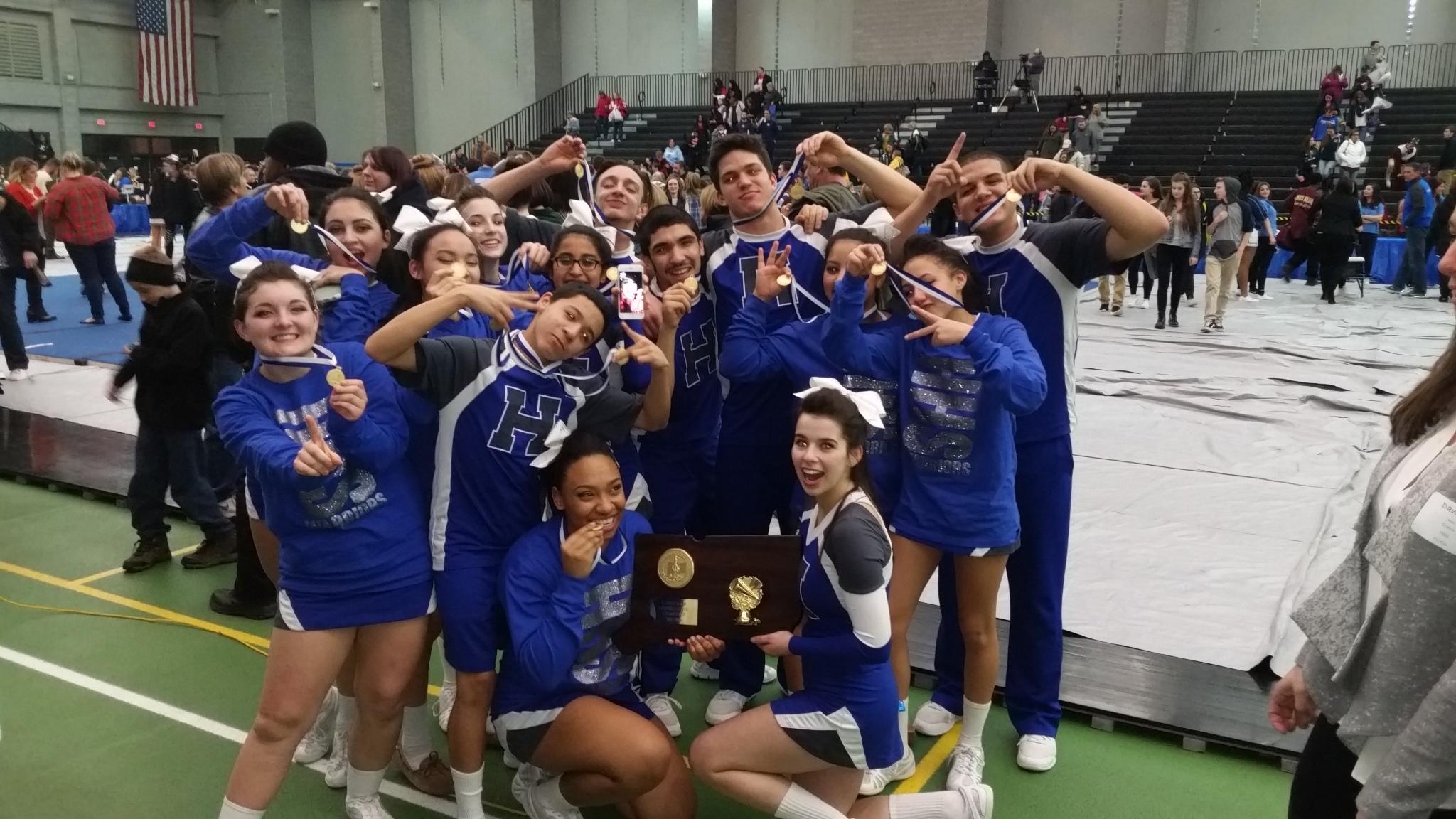 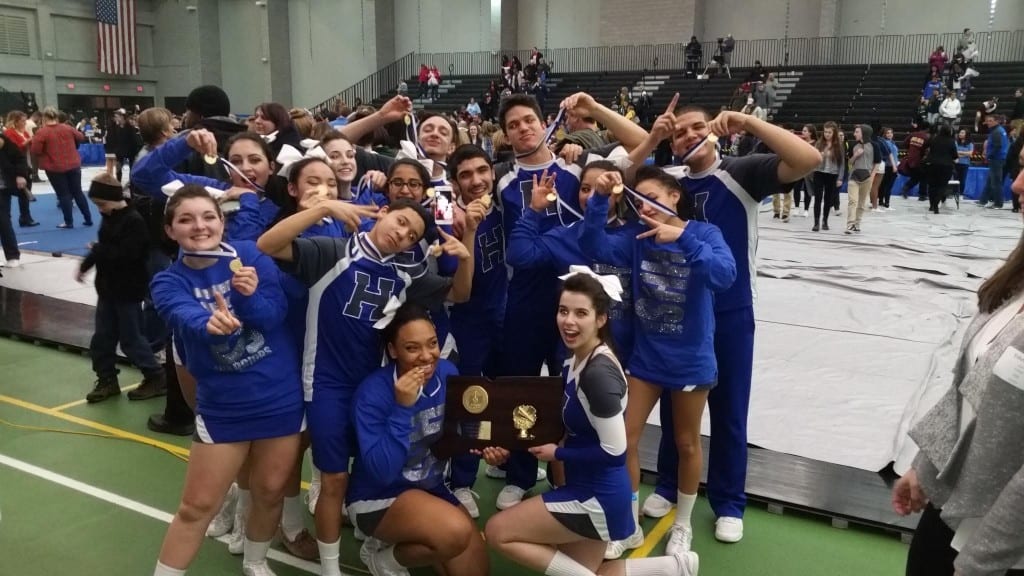 Hall High School head cheerleading coach Danielle Simon has seen great improvement in her team over the past several years, and all were thrilled Friday night to return home from the Connecticut High School Cheerleading Association state championship in New Haven with a first place victory in the co-ed division and a chance to compete in the New England Championships.

Last year the team came in fourth, and this year the goal was to place in the top three, Simon said. This was the first state championship for a team that also just won its first ever CCC Central championship this season.

“It was very exciting for us,” co-captain Sydney Lyons said. “Winning the CCC was already further than we’d ever gone.”

“This year our team was much closer. We put in so much work to achieve our goals,” co-captain Xiana Albino said.

Lyons said the team has improved so much just in the two years she has been a part of the program and has gotten steadily stronger. Although she was injured several weeks ago in practice and wasn’t able to compete in the state competition, Lyons is excited that she will be able to participate in the New England regionals. 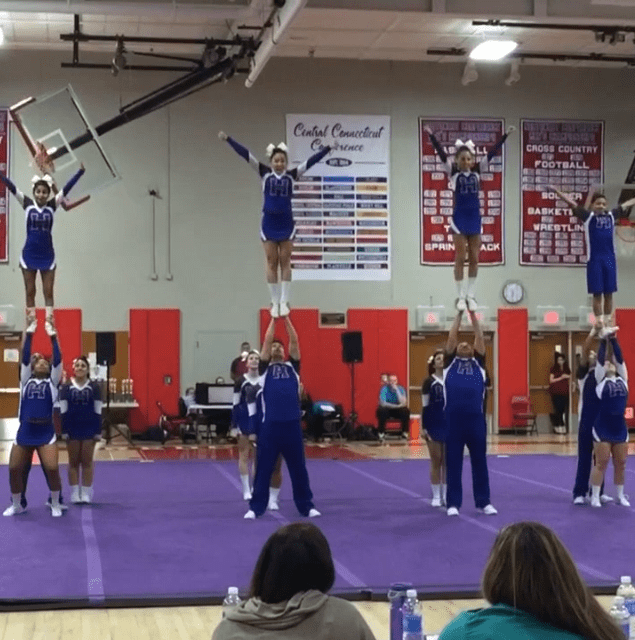 Simon said that she and assistant coach Angela Beaupre took over a team three years ago that had been through multiple coaching changes and was somewhat disorganized. The skill level at the time was fairly low.

Over the past three years, the students on the Hall cheerleading team, a group that includes six boys, have not only enhanced their skill level, but have also gained a great reputation in the school as hard-working athletes.

Simon said that what makes this team so special is their cohesiveness despite being a diverse group of students. “The kids who compete on varsity probably wouldn’t be hanging out together if not for the team, but they work so well together,” she said.

After winning the state championship Friday night, the team was back in the gym Saturday morning preparing for the New England Championships, to be held Saturday, March 19, in Lawrence, MA. It will be tough competition among the top three teams in each state.

“We’re very excited,” Albino said. “We just need to keep our mind on one goal we’ve always had – to do better than we did the previous competition,” she said.

“We’re all ecstatic,” Lyons said about the state championship win. The team is very united, and no matter what happens at regionals, they have already had a great season, she said.