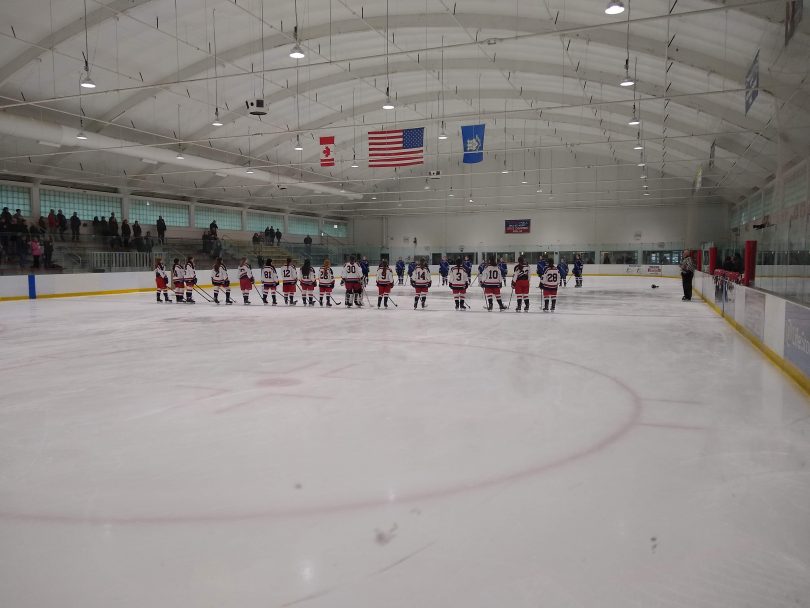 Bridget McGann scored with 5:17 left in the second period, making it a 2-1 game and giving the WarChiefs (0-1) momentum heading into the third. Luci Alissi tied the game for Hall-Conard 14 seconds into the third period, but Kylie Downs scored the game-winning goal for the Wildcats just over a minute later at the 13:26 mark.

Hall-Conard head coach Brett Soucy said he was impressed with the way his young team – one that features a lone senior (Alissi) and a freshman goalie (Sofia Levesque) – fought to stay in the game.

“We’re a young team, and the way we came out in the third and got that goal right in the first minute, that’s always a good sign for any hockey team,” said Soucy. “Usually you get the momentum in your favor when that happens, but unfortunately, we didn’t get the next one.

“I’m happy with the way we played. I think we moved the puck well. We’ve got a lot of character and a lot of girls that are willing to put the work in.”

The WarChiefs went on the power play in the third period after a Suffield high-sticking penalty, but the Wildcats negated any offensive threat by keeping the puck in the Hall-Conard zone despite being shorthanded.

“We’ve gotta work on breaking it out, for sure, on the power play,” Soucy said. “The tendency is on a power play to sit back. You think you’ve got an extra player that’s gonna help you, but it’s only helping you if you’re outworking the opponent. Once we get into the [offensive] zone, we’re fine, but that hurt us not getting out of our zone.”

With five juniors and one senior on the roster this season, Soucy said he expects the more experienced players to step up as leaders for the team to be successful.

“We’re just looking for them to lead by example – be hard workers, which they are,” he said. “They all work hard and put the time in. They’re good all-around teammates, but mostly just lead by example with their work ethic.”