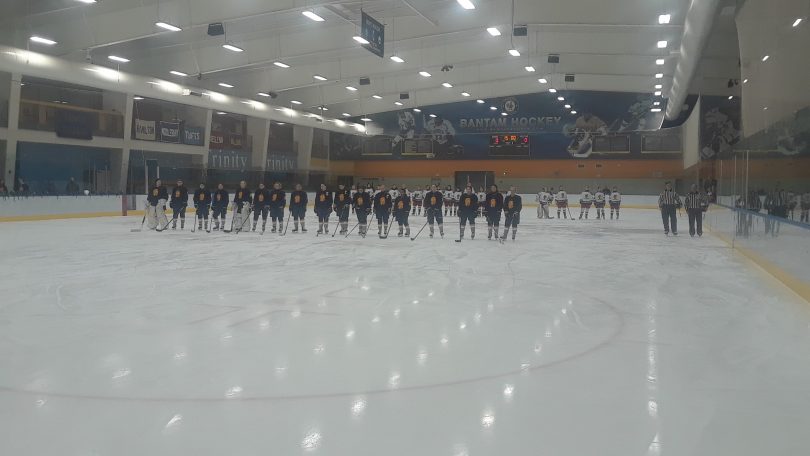 Hall-Conard defeated Simsbury twice in the regular season but came up short in the SCC North title game.

Anna Melanson put the Trojans ahead with halfway through the first period. Grace Melanson added an empty-net goal with 33.6 seconds remaining in the third period to seal the game.

The WarChiefs took penalties early in the second and third periods, but they remained aggressive on the penalty kill trying to tie the game.

“You’ve gotta credit Simsbury,” said Hall-Conard coach Brett Soucy. “The whole team, they played well, and their goalie really had a phenomenal game. We certainly had chances to put the puck in the net, but we just didn’t seem to get the bounces to go for us.”

Soucy said the team played best in the third period, 15 minutes of play it will have to replicate to have success in the state tournament.

“If we played three periods like we played that third, I think we would have had a better outcome,” he said. As soon as we start the state tournament, that’s what we’ll be looking to do: Put three periods together just like we did here in the third period.”

Nora McGowan stood tall in net for the WarChiefs, denying the Trojans on multiple occasions. Her play has been essential in giving the team a chance to win all season, Soucy said.

“Every game she’s played, we know what we’re going to get from her, which is solid, positional play, good battles in front of the net,” said Soucy. “We rely on her a lot. She’s been a tremendous goalie for us.”

Hall-Conard enters the Connecticut High School Girls Hockey Association state tournament as the No. 4 seed. The WarChiefs will have a first-round bye before hosting either No. 5 Simsbury or No. 12 Amity co-op on March 2.

“They’re a resilient group and they’ll bounce back,” Soucy said of his team. “I have no doubt about that. We’ll be ready to go as soon as the state tournament starts.”