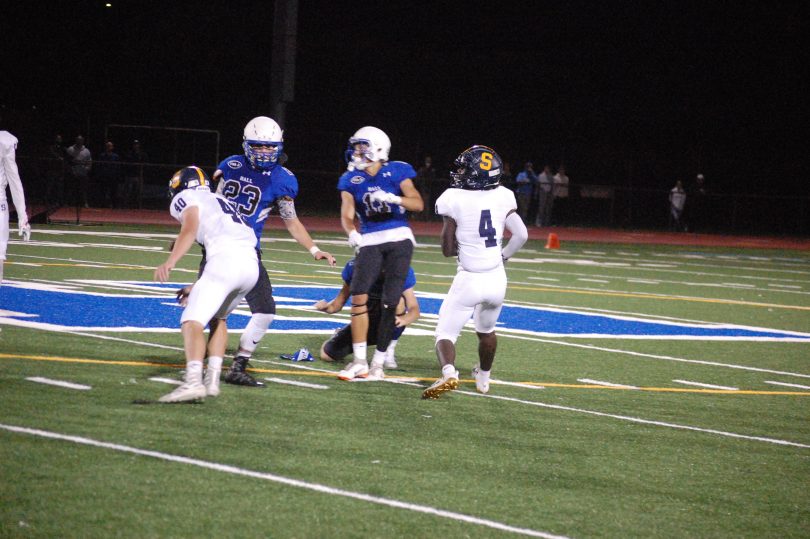 In a Friday night game under the lights in West Hartford, Hall’s kicker set a state field goal record. 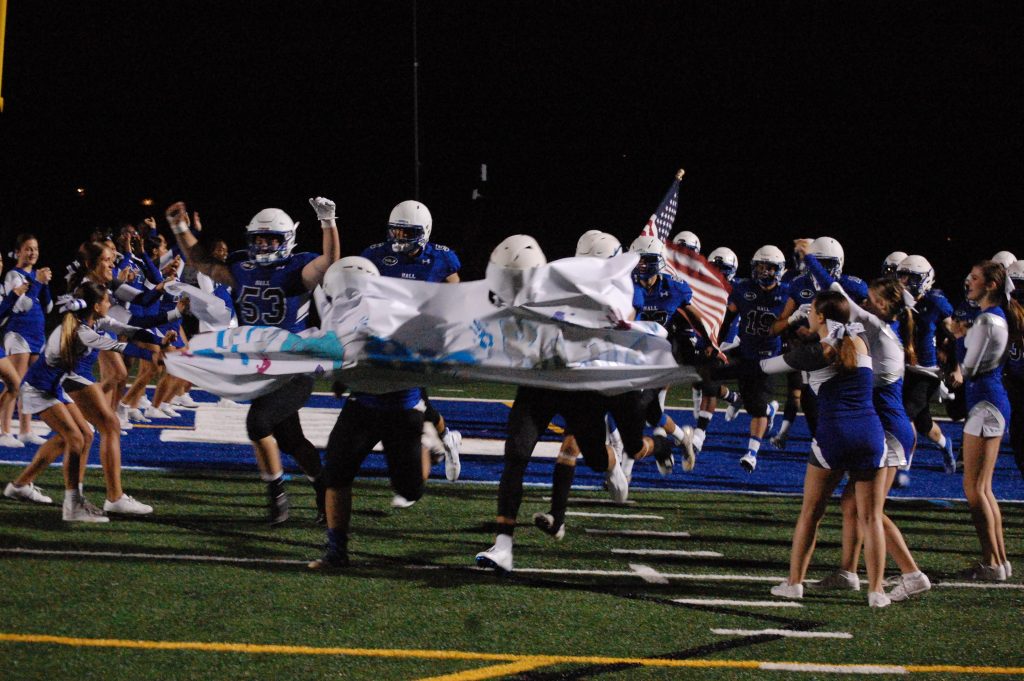 Hall players crashing through the cheerleaders banners coming out for the second half. Photo credit: David Heuschkel

When the ball sailed through the goal posts, Hall High football team celebrated as if the state-record 56-yard field goal by Noe Reulas in the closing minutes of the fourth quarter had decided the outcome.

The way Simsbury’s offense had sputtered all night, a three-point lead may as well been a 30-point advantage. Up to that point, the Trojans had punted on six of their seven possessions and had been held to just 70 total yards.

But Hall’s defense, stout as it had been all night, could not come up with the big stop. With the aid of a defensive pass interference on fourth down, Simsbury drove into the red zone and tied it on a field goal to force overtime.

In OT, Hall had the ball first on the 10-yard line and committed its only turnover when Simsbury’s Rory Walker intercepted a Matt Keller pass in the end zone.

Then with its offense on the field, Simsbury put it in the end zone for the first time when Brendan Gaffney scored from 2 yards out on third down to give the Trojans a 9-3 win Friday night at Chalmers Stadium.

“We fought, we made a lot of mistakes. A lot of penalties just really hurt,” Hall head coach Frank Robinson said.

In the first quarter, Hall had 35-yard touchdown from Keller to Izzo Lizardi negated by a holding call. The Warriors wound up punting on that drive.

Another costly penalty occurred on Simsbury’s final drive late in the fourth quarter. Facing fourth-down-and-2 at the 38, Simsbury quarterback Aiden Boeshans threw a deep ball down that middle that was intended for Geoffrey Coleman. Lizardi was flagged for pass interference with 1:47 remaining.

Then with under a minute remaining on 3-down-and-15 at the Simsbury 43, Keller rolled to his right and found Gaffney for a 44-yard completion down to the Hall 13.

“I saw our quarterback roll out and I knew I just had to make a play for the team,” Gaffney said. “I just ran to an open space, went up for the ball and gave it my all for that.”

An offside by Hall put the ball on the 8-yard line with 25 seconds left. On fourth-and-7 from the 10, Simsbury kicker Caden Lill, who joined the football team after being cut from the soccer team, booted a 29-yard field goal that just cleared the cross bar with 2.3 seconds left to tie it at 3. 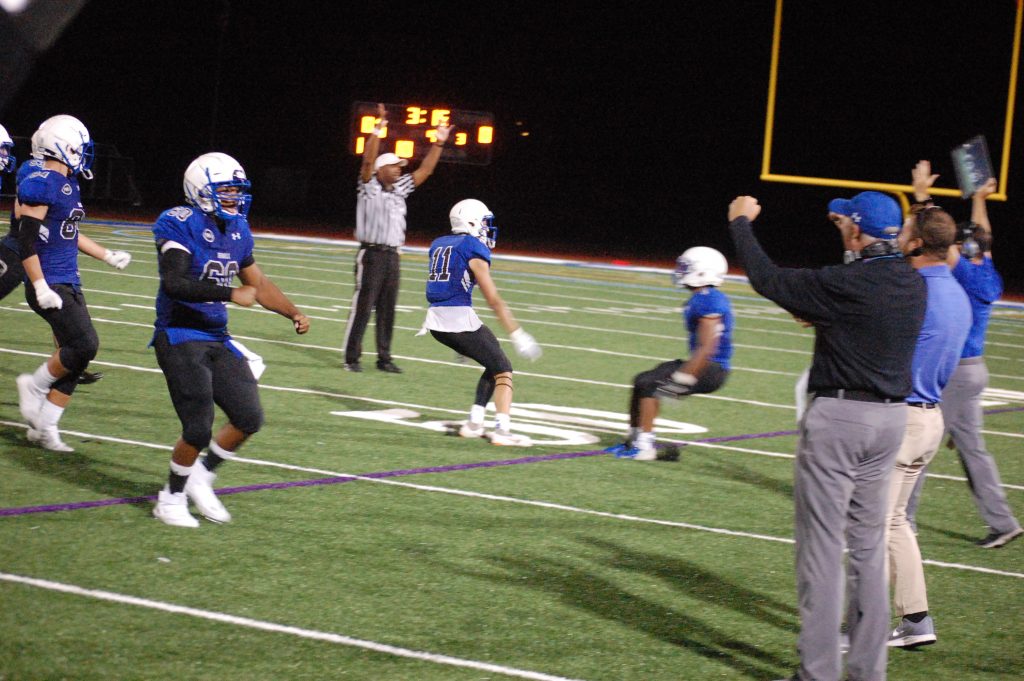 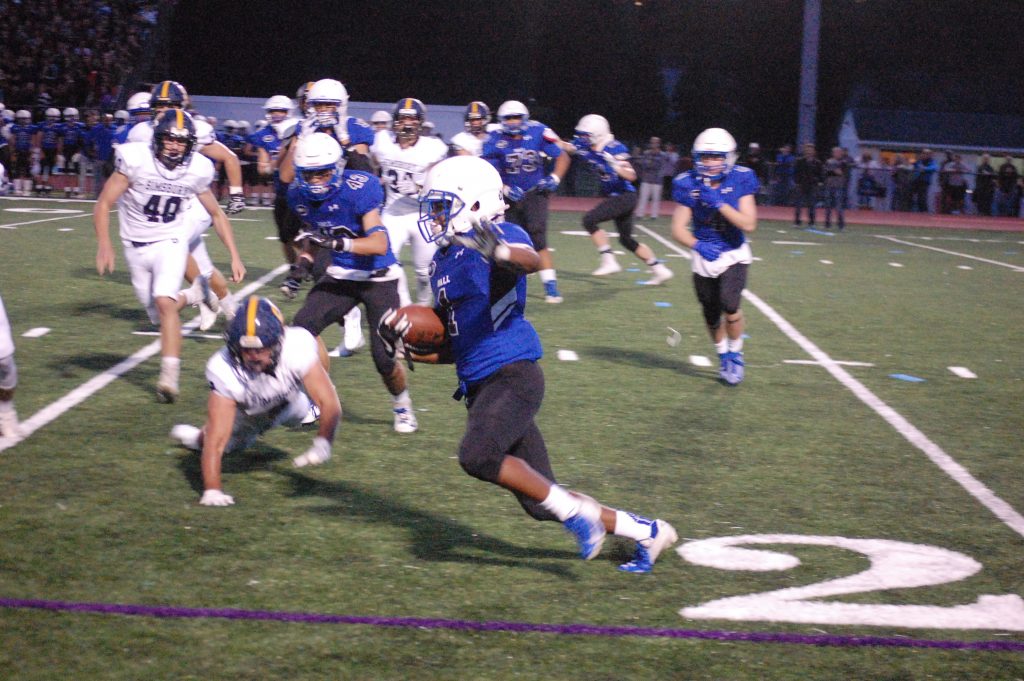