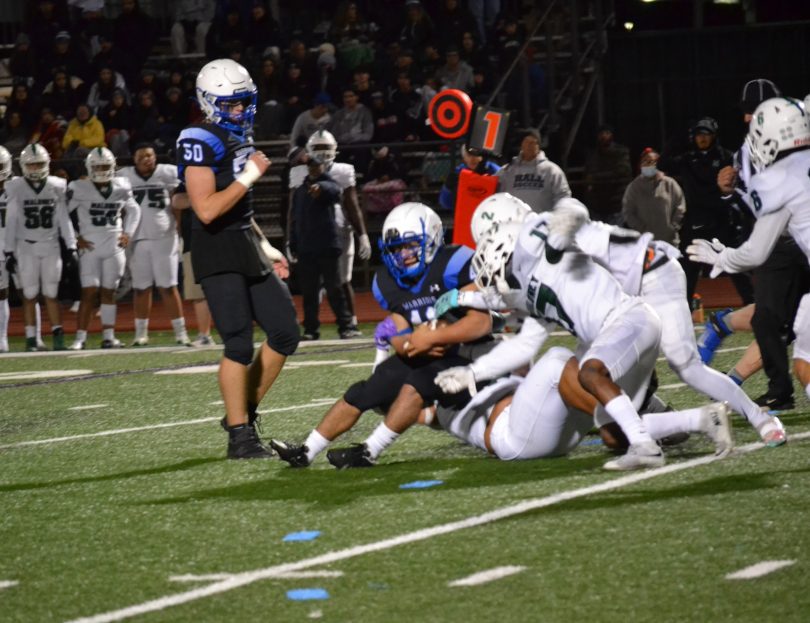 The Warriors were steamrolled by Maloney Friday night in West Hartford. 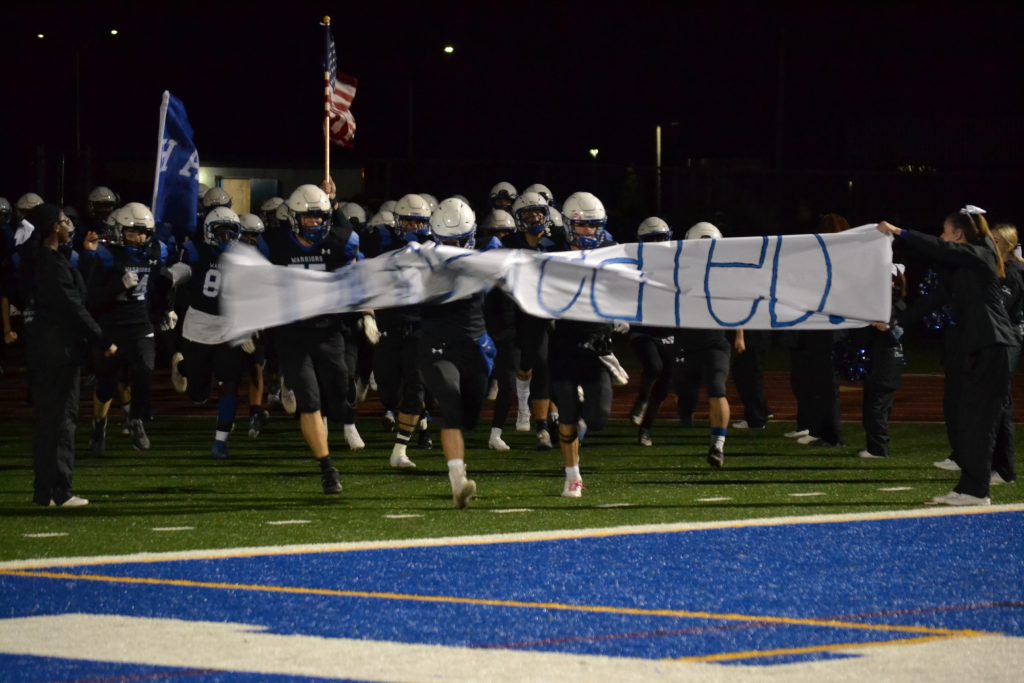 The hope for an undefeated season for the Hall Warriors football team disappeared in a cloud of dust on a cold night in West Hartford Friday with a 49-18 loss.

The dust was provided by Maloney’s Josh Boganski, who ran all over the field and what had been a solid Hall defense. The junior running back carried the ball 48 times, for 315 yards and 5 TDs, as the Spartans improved to 7-1.

A loud crowd braved the bone-chilling weather, and Hall had a chance to get things going from the start. Maloney deferred the opening kick and gave first possession to the Warriors.

When Maloney got the ball back, the Boganski express started rumbling. His runs – including a 30-yarder on a third and 3 – helped get the Spartans into position to open the scoring when quarterback Angel Arce capped off a five-play drive with a 30-yard scoring pass to Spencer Studley with 6:16 to play in the first quarter.

Hall would answer the Maloney score with 6 points of their own. A nine-play drive, largely on the arm of quarterback Eli Salomons, was capped by a 5-yard TD toss to Angelo Culmo. The point after failed on a bad exchange between snapper and holder, and it was 7-6 with just under 2 minutes to play.

The second quarter would belong to Maloney and set the tone for the rest of the game.

Boganski continued piling up his 123 yards rushing for the first half and led the visitors to an 8-point lead early in the second quarter. When Hall got the ball back, Salomons was picked off by Jack Fitzgerald, but the Maloney drive would end on an incomplete pass in the endzone.

One series later, it was the Spartans’ defense coming up big again when Tylee Flowers snagged the first of his two interceptions of the night to give the ball back to his offense. This time Arce and Boganski would see it through to the end zone. 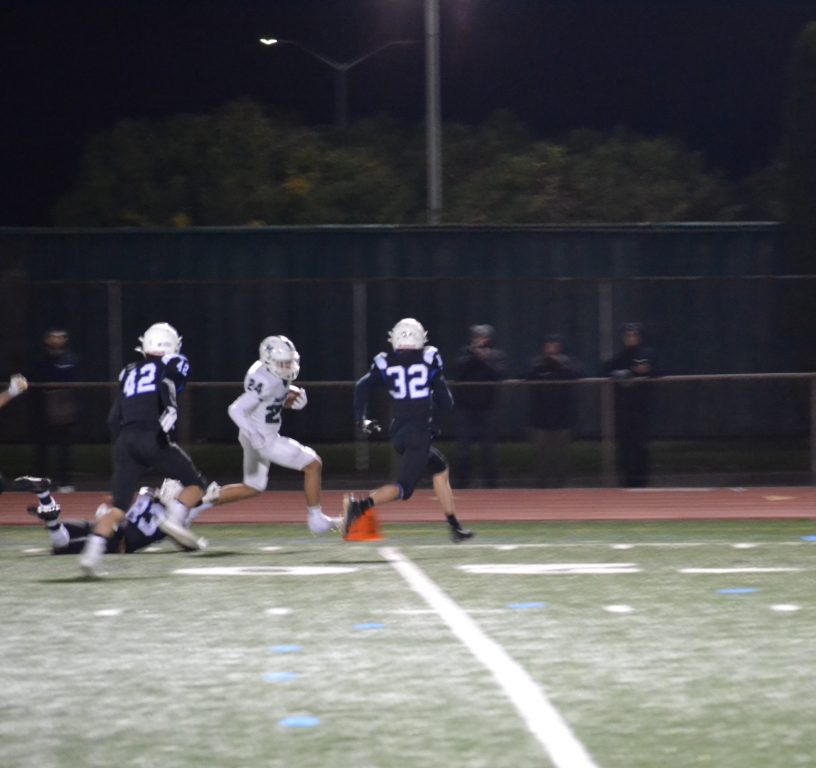 With the offensive line opening holes for Boganski, he would find the endzone again and suddenly the Spartans had a 15-point lead and, more importantly, clearly looked the better of the two teams at the half.

In all, Maloney outgained their hosts 268-88 yards in the opening half.

Hall’s offensive game was dealt a big blow in the first half when leading rusher Leo Perreira – who was averaging 139 yards per game for the Warriors – was knocked out of the game with an injury. With Maloney’s secondary hawking every ball they could get to, and Perreira out of action, Frank Robinson’s team was searching for solutions at the half.

After Boganski’s 123-yard effort in the first half, he came back out and topped it in the second half. It began with a steady diet of runs – most for less than 10 yards – that put the junior in position to score again and push the lead to 28-6 early in the third. Boganski would carry the ball 10 times on the 12-play drive, eating yards and time off the clock.

The lead would expand to 42-12 with just over 9 minutes to play, when Hall had their highlight of the night. Matt Farber took a Maloney kickoff, cut across the field, and outran the coverage team for a 77-yard touchdown run. Despite the still lopsided score, the play gave life to the faithful fans that had stayed as well as to Farber’s teammates. 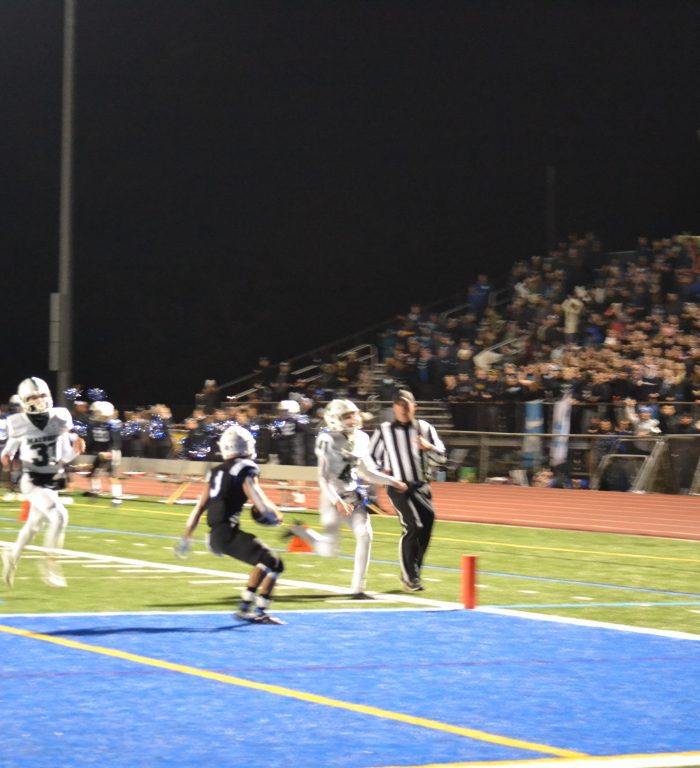 Maloney, however, would tack on one final score for the 36-point margin of victory.

For Hall, it was a game unlike any other they had played this season. Salomons came into the game having thrown just three interceptions in the first seven games, before being picked off three times. On the ground, and without Perreira most of the game, the running game was not nearly as strong as it had been.

During the seven-game win streak, the Warriors had been averaging 162 yards per game with 21 rushing TD’s.

On the other side of the ball, Hall’s defense  gave up the most points in any single game so far this season. Previously they had allowed only one team – East Hartford – to score more than five rushing five touchdowns in a single game.

The loss saw Hall fall eight places in the state rankings to number 16, and slip to No. 7 in the Class LL rankings. The Warriors next meet 1-7 New Britain on Friday, before the annual season-ending showdown with Conard (3-5) on the 20th. 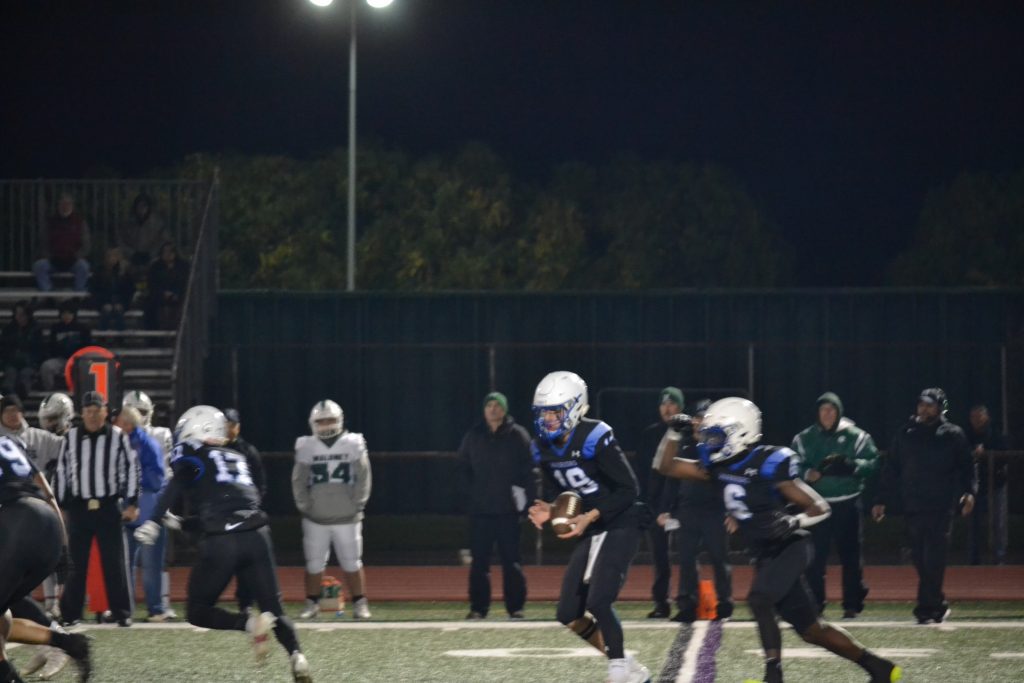 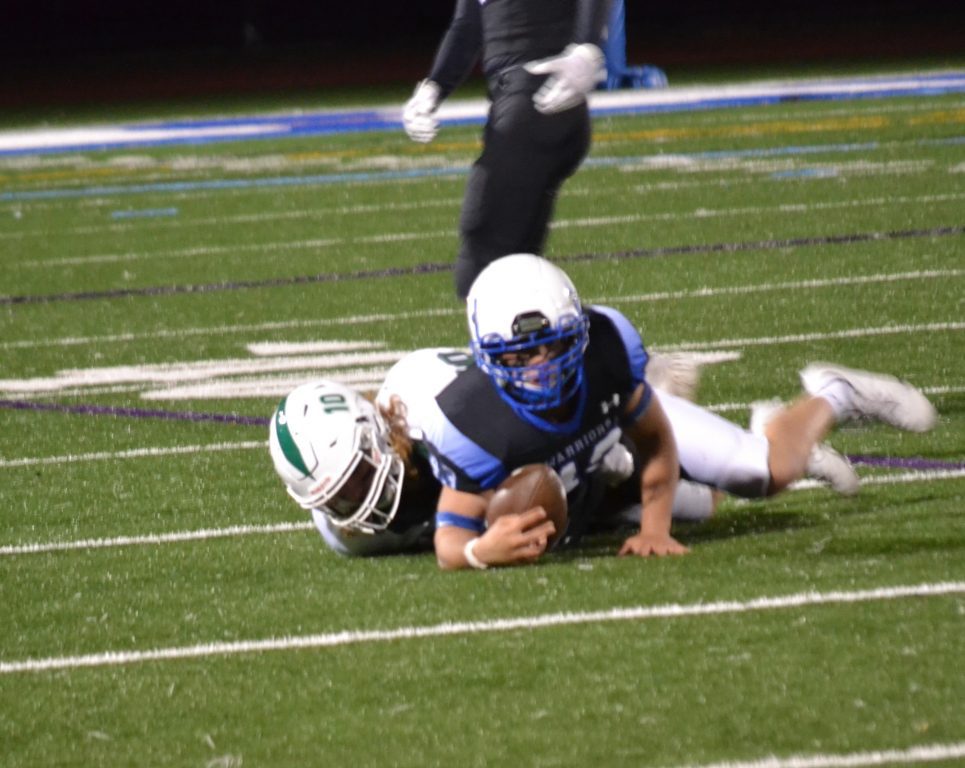 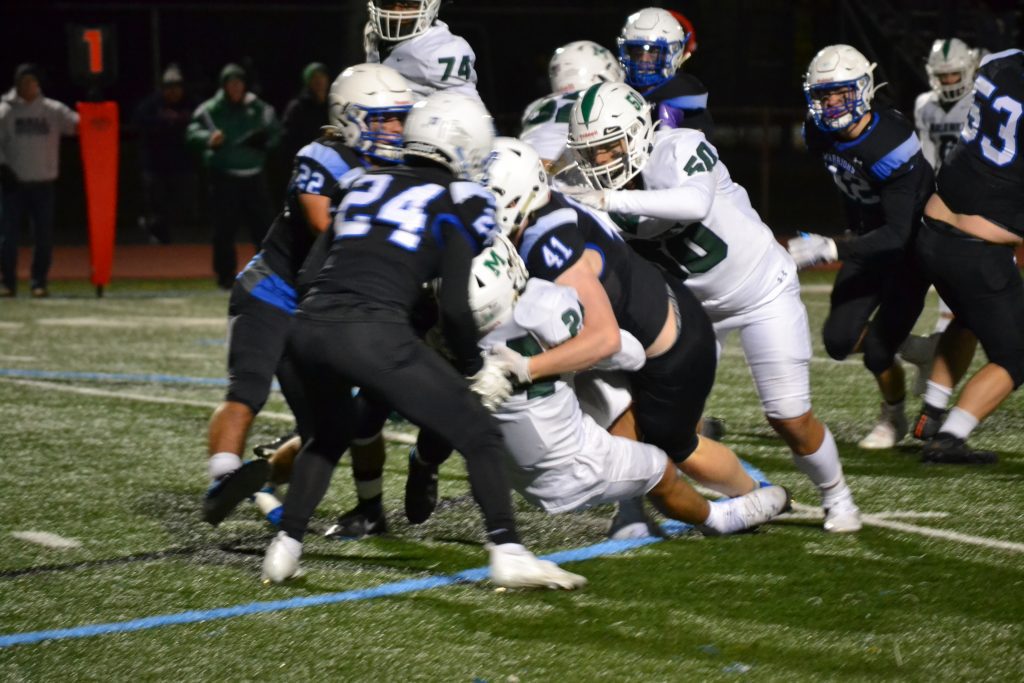