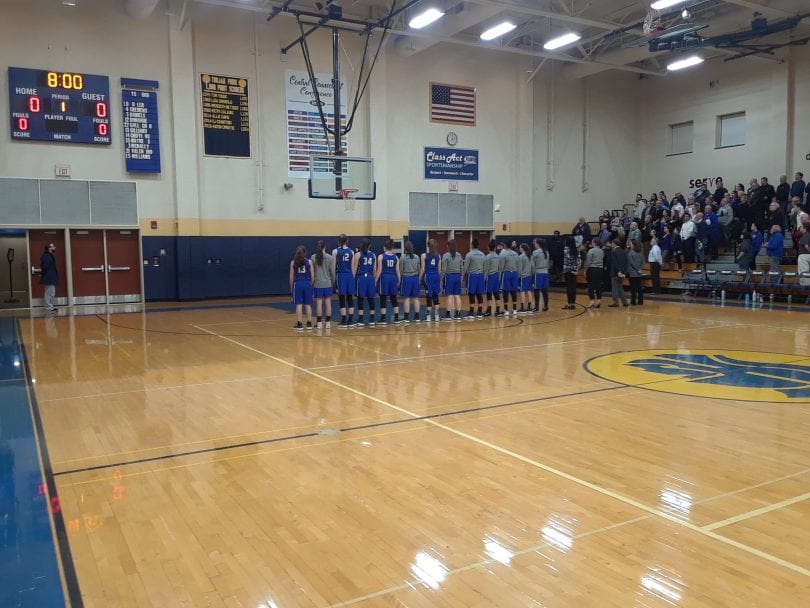 Hall advances to the state semifinals for a high-stakes rubber match with Enfield. 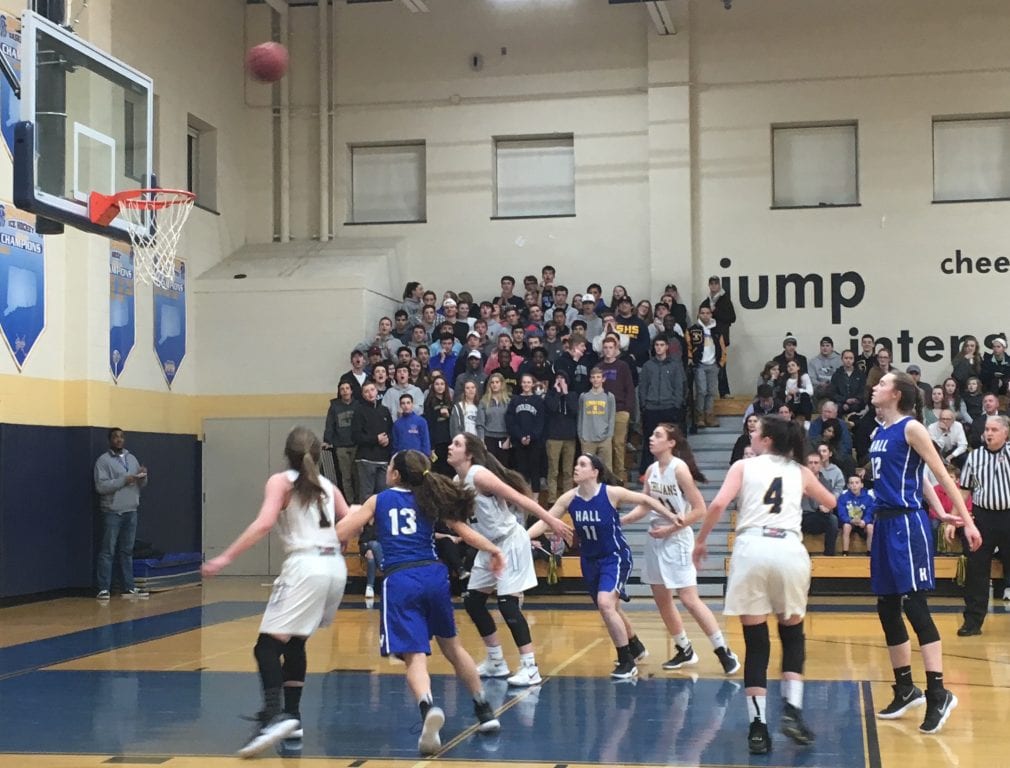 With the Warriors’ season on the line and redemption on their minds, Olivia Deslauriers took matters into her own hands to make sure her team would survive and advance.

The sophomore scored 11 of her 15 points in the fourth quarter as West Hartford’s Hall High School girls basketball team defeated Simsbury 41-33 on the road in the quarterfinal round of the CIAC Class LL state tournament on Monday night.

Deslauriers – who started several games early in the season in place of senior Amber Raisner who was recovering from a knee injury – played a pivotal role off the bench on both sides of the ball.

“[Deslauriers] always gives us defense – we can always count on her,” said Hall head coach Brittany Huggins. “And now we’re like, ‘And she’s scoring on offense.’ She’s affecting the game on both ends in a major way.”

Hall entered the fourth quarter down one, trailing 26-25. Deslauriers wasted no time connecting on a 3-pointer to give the Warriors a 28-26 advantage with 7:49 to play.

McKenna Finken, who led the game with 18 points for Simsbury, continued to make contested layups over the taller Maddy Mandyck. Her last bucket – with 4:45 remaining – put the Trojans on top 32-30.

Trailing again, Deslauriers made a driving layup and the ensuing free throw to give Hall a 33-32 lead at the 4:19 mark.

After a traveling violation by Simsbury, Deslauriers made a 3-pointer with 1:55 to play, putting the Warriors comfortably ahead 38-32.

Simsbury fouled with under a minute to play to extend the game, but Olivia Bonee sank three of her four free throws on two trips to the line to put the game out of reach.

Hall took a 17-16 deficit into the half as the teams traded baskets and the lead several times throughout the second quarter.

Simsbury led by seven twice in the third quarter, but Deslauriers and Raisner helped narrow the gap to one to heading into the fourth.

On Friday, the teams will meet for the right to play in the state championship game. The location of the matchup is to be determined. 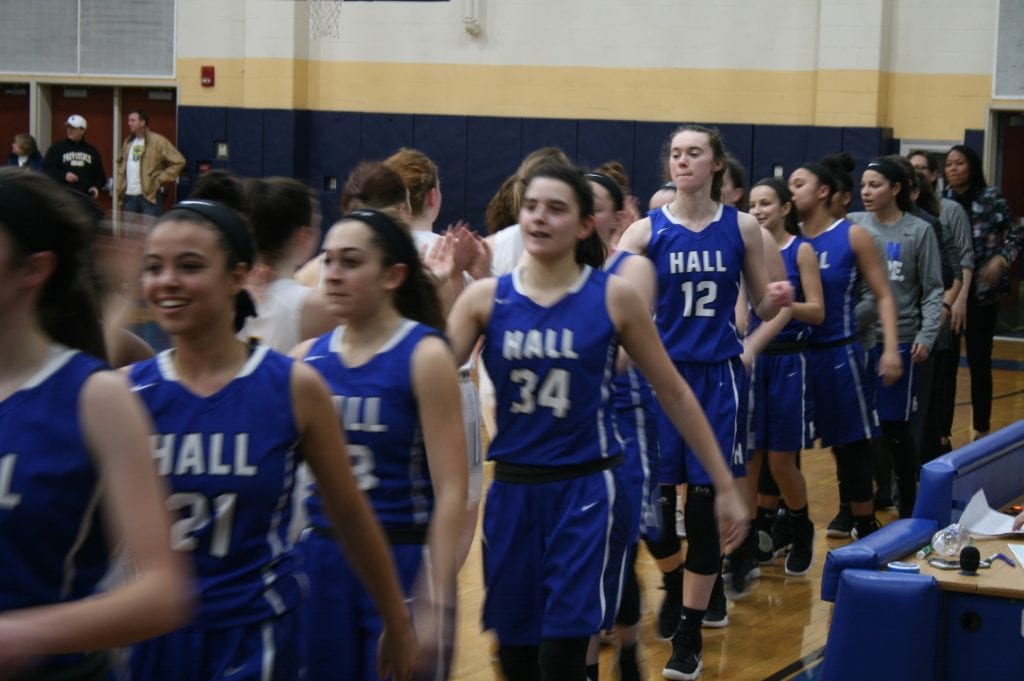 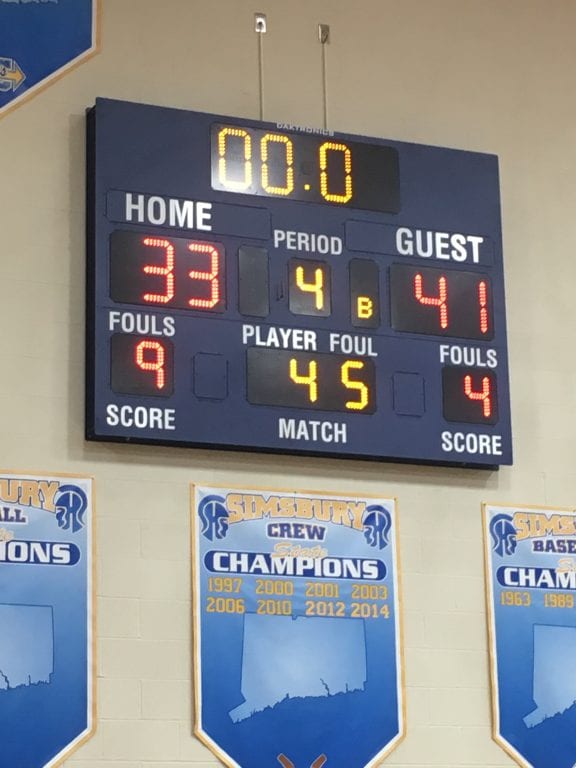