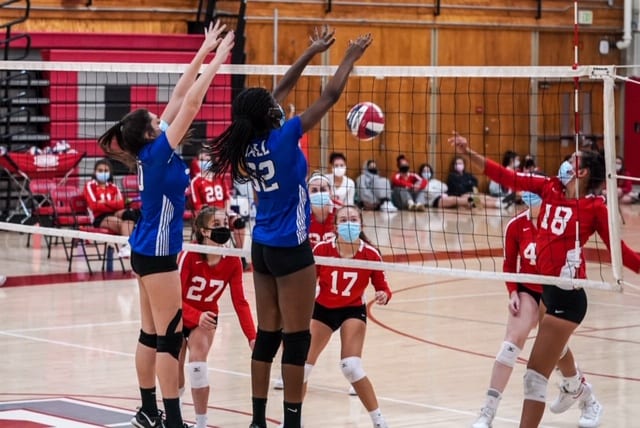 The girls volleyball team at West Hartford’s Hall High School have improved their record to 2-3 after winning the past two games. 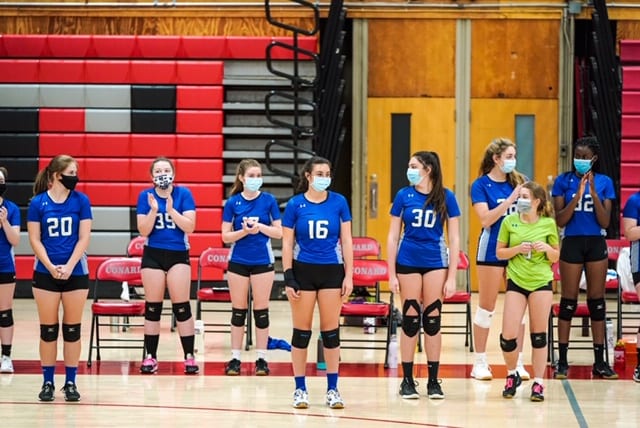 The Warriors get ready for their opening match against Conard. Photo credit: Ben Safryn (courtesy photo)

The Hall girls volleyball team has won their last two matches with straight set victories over Hartford Public and Windsor.

The Warriors hosted Hartford Public on Oct. 9, winning 3-0, and won 3-0 at Windsor on Tuesday.

The team rebounded after a rocky start to the season where they dropped matches to Conard (3-0), Simsbury (3-0), and Northwest Catholic (3-1).

Wins and losses aside, the players are just fortunate to be practicing and playing volleyball, albeit with masks on, after a lot of uncertainty during the late summer and early fall concerning whether Department of Public Health (DPH) guidance would allow volleyball, as an indoor sport, to be played this year. In compliance with Connecticut Interscholastic Athletic Conference (CIAC) requirements, Hall’s team conditioned and practiced for the first two weeks outside at Eisenhower Park in clusters before the CIAC approved indoor workouts.

The Warrior netters are coached by Vera Gonzalez who is in her first year at the helm of the program after previous coaching stints at Ridgefield High School and The Wooster School. Coach Gonzalez inherited a Warrior team that was 5-15 a year ago but returned four starters and several others with varsity experience.

Senior Captain Carolyn Alquist is the Setter and Jess Anziano (senior) is in her third year as the starting Libero.  Defensively, the back row has been manned by Hannah O’Brien (junior), Grace Kinney (junior), Tesse Hache (junior) and Emma Teodosio (senior).

Hall team will travel to Enfield (2-1) for a 6 p.m. match on Monday, looking to even up things in the win-loss column. 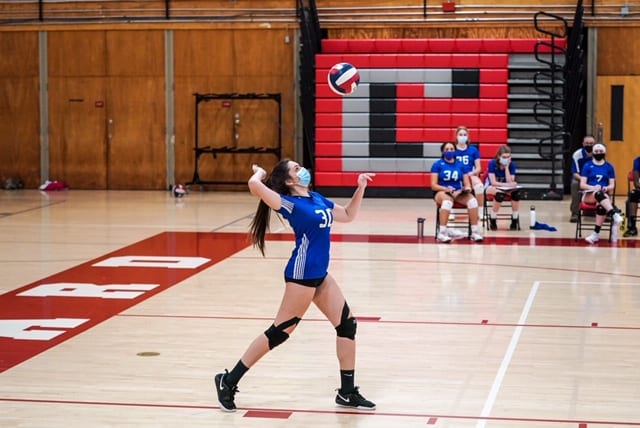