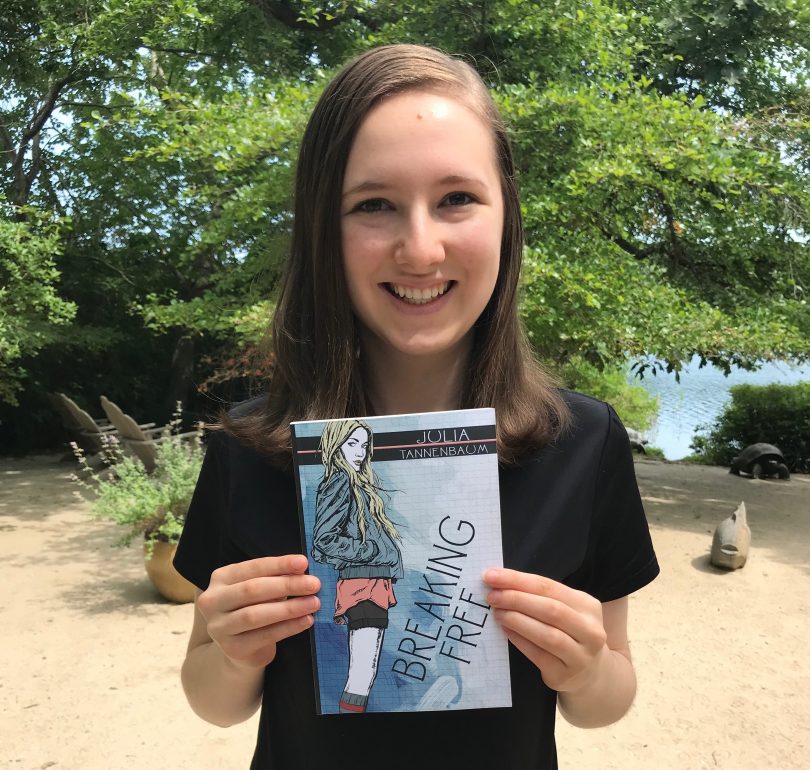 Julia Tannenbaum, a 2019 graduate of West Hartford’s Hall High School published her second novel, ‘Breaking Free,’ just before heading off to her freshman year of college. 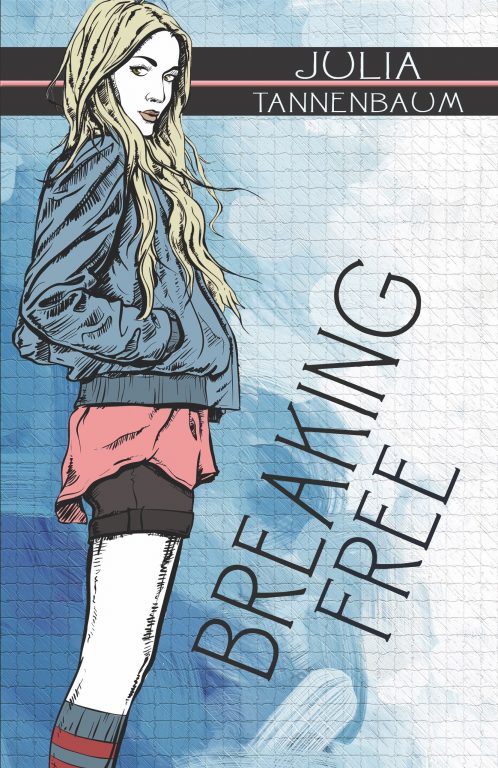 Most high school graduates who are heading off to college for the first time are focused on picking classes, figuring out where they will be living and what meal plan to choose, and buying furnishings for their dorm room.

Julia Tannenbaum, who graduated from West Hartford’s Hall High School in June 2019, had something else on her mind this past summer: publishing her second book, “Breaking Free.” The young adult novel was released on Amazon in Kindle and paperback on July 30.

Now a freshman at Emerson College in Boston, Tannenbaum said her debut novel, “Changing Ways,” which was published last September, was very well received, and the early reviews for “Breaking Free” are excellent as well.

“It exceeded my expectations,” she said of “Changing Ways.” “All of the Facebook and Instagram messages I got, from people who said they related to my story – not just from kids, but also from their parents,” she said.

At book talks, and when she did a presentation at Ellington High School, Tannenbaum said she could see the reactions. “It was really great. I could see how the kids were absorbing my words.”

Both books feature Grace, a high school junior who is stressed and struggling with anxiety, who seeks control and “sanity” through dieting and cutting.

Both are fiction, but many of the elements were based on Tannenbaum’s own experiences with anxiety and an eating disorder.

“There’s all kind of build-up that just manifests itself in mental illness,” Tannenbaum said in an earlier interview.

After publishing her first nove, “I knew I was going to write a sequel,” Tannenbaum said. “It was just a matter of doing it.”

She spent last fall, winter, and a good part of the spring working on the book – while also completing her senior year of high school and applying to college. “I really got serious, and wrote for multiple hours of the day,” she said, but only when she had the time and energy.

“I’m not really an organized writer,” Tannenbaum said. “I write when I’m in the zone.” 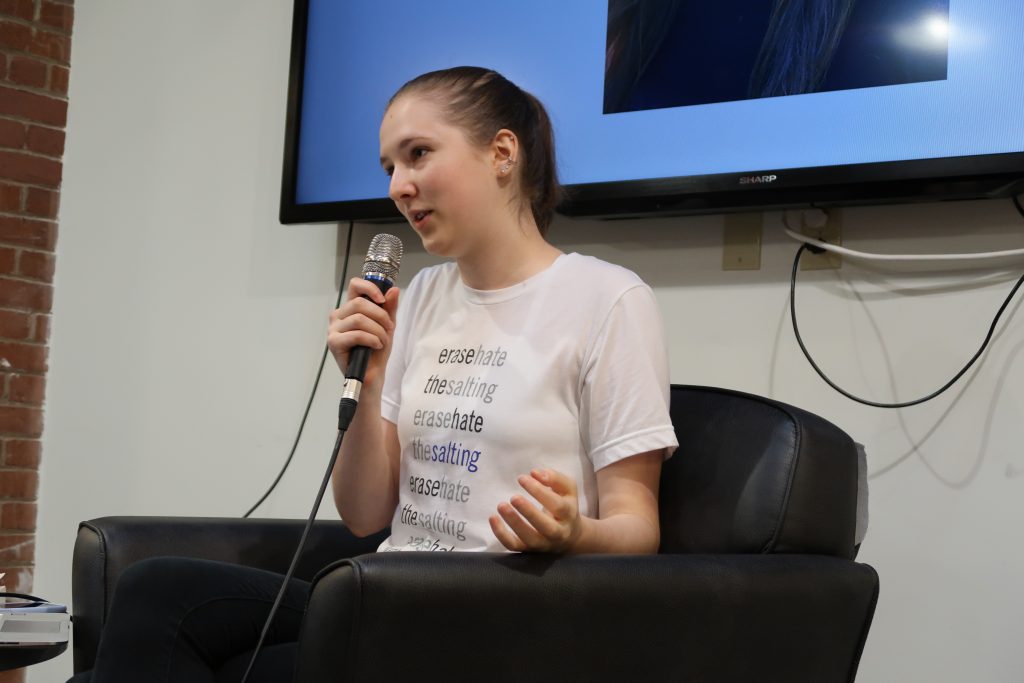 While “Changing Ways” focused on Grace’s hospitalization for treatment of her restricting, “Breaking Free,” which picks up in February of Grace’s junior year, “shines the light on recovery, how to navigate life in the real world.” It’s less about Grace’s mental illness, but that’s always a part of it, just like it’s part of who Tannenbaum is.

As she returns to school in February of her junior year, Grace deals with her family dynamics and figures out how to have a social life as she leaves a residential treatment facility, receives care part-time at a hospital, and eventually gets to the point of being an outpatient and seeing a therapist and nutritionist on a weekly basis.

“It’s very autobiographical,” said Tannenbaum. Grace goes back to school on a partial-day schedule, leaving at noon, which is what she herself did when she returned to Hall after being hospitalized.

Talking about mental illness is helpful, Tannenbaum said. And the recovery piece is the part that’s often overlooked. Writing “Breaking Free,” just like the process of writing “Changing Ways,” was cathartic.

She’s open about her own experiences, and doesn’t think there’s anything to be ashamed of. It’s part of – not all of – who she is, and Tannenbaum believes that talking about it, and writing about it, will help others.

Like “Changing Ways,” Tannenbaum self-published “Breaking Free,” and she said the feedback was immediately positive.

Tannenbaum purposely chose to attend college within a two-hour drive of West Hartford. She said she plans to major in screenwriting at Emerson, and as she prepared for the new experience of going away to school, she said she was feeling positive.

“It’s an exciting thing, a fresh start, and I’m eager to establish a social life,” she said. Knowing how important her continued recovery is, she said she already has found a therapist and met with a nutritionist at Emerson.

“Breaking Free” is available on Amazon (https://www.amazon.com/Julia-Tannenbaum/), where more information about Tannenbaum can also be found. She’s also continuing to write her blog, wackywriter.com.

Tannenbaum will be back in Connecticut this fall, selling her books at craft fairs and giving a book talk at a local church. Her schedule can be found on her Facebook page.