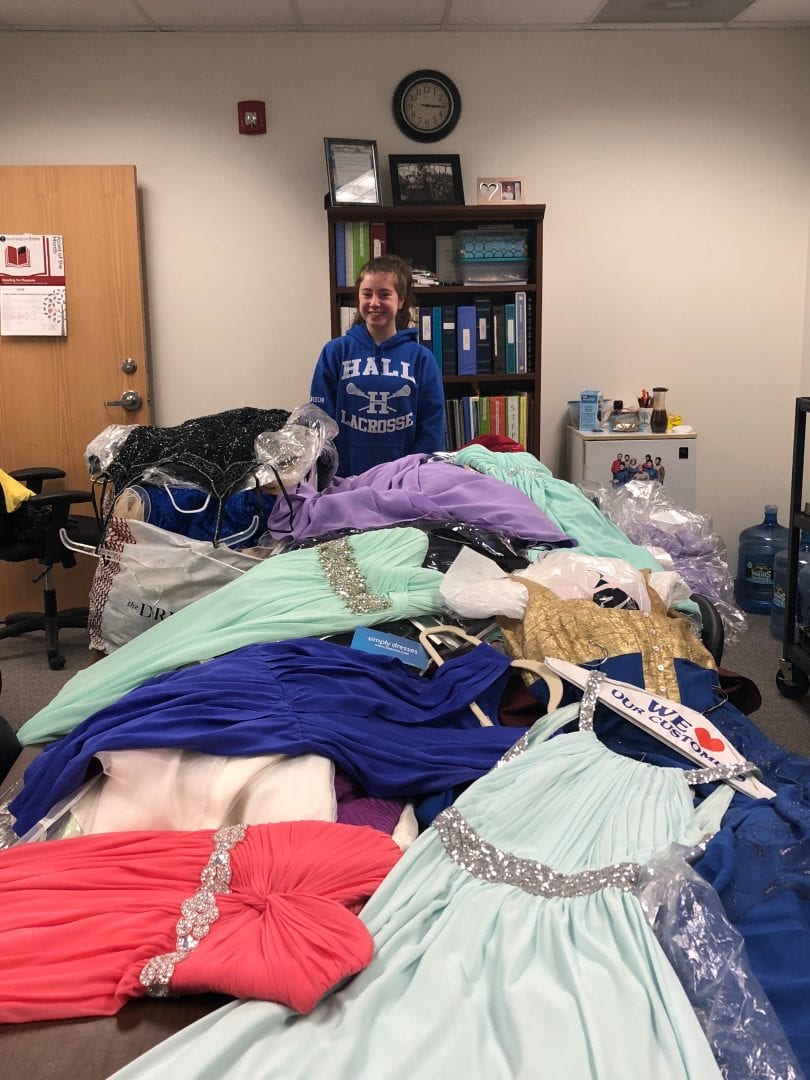 Ray Gutcheon with the 50 prom dresses she collected for donation to Kristen's Kloset. Courtesy photo

Like many other high school juniors Rae Gutcheon has prom on her mind, but she hasn’t just been thinking about her own plans for prom.

“As prom season was approaching, I started thinking about the students in my community that cannot afford dresses and therefore might not be able to go to prom,” Gutcheon said.

The average cost of attending prom in 2017 was $600, according to Yahoo Lifestyle, and in the Northeast that number was closer to $700. While hair, makeup, ticket, and transportation are included in the cost estimate, dresses are often the lion’s share of the cost.

“I decided to organize a Prom Dress Drive to donate to a local organization, Kristen’s Kloset, which provides prom attire to those in need. I wanted to make prom possible for anyone in need in our community,” said Gutcheon.

Kristen’s Kloset is a program run by Southington Youth Services, and provides new and gently-used prom dresses at low cost. It is intended to assist students in need, and also helps with the cost of tuxes and flowers.

Kristen’s Kloset will be open in the Freshman Cafe at Southington High School (720 Pleasant St.) on Friday, March 23 from 4:30-8 p.m. and on Saturday, March 24, from 9 a.m.-4 p.m. The program is open to students from all area towns, and a valid high school ID is required.

According to the Kristen’s Kloset website, the program “ is named after Kristen Warner, a Southington middle school student, who was tragically killed in a car accident in 2004. Her family initiated this program in her honor and Southington Youth Services has expanded it over the years.”

Gutcheon said she collected about 50 dresses this year. “Kristen’s Kloset was very appreciative of the large donation and we know the dresses will help make great memories for those 50 students,” she said.

Next year she hopes to do even more. “Next year I hope to expand the drive by being associated with a school club and getting other students involved.”