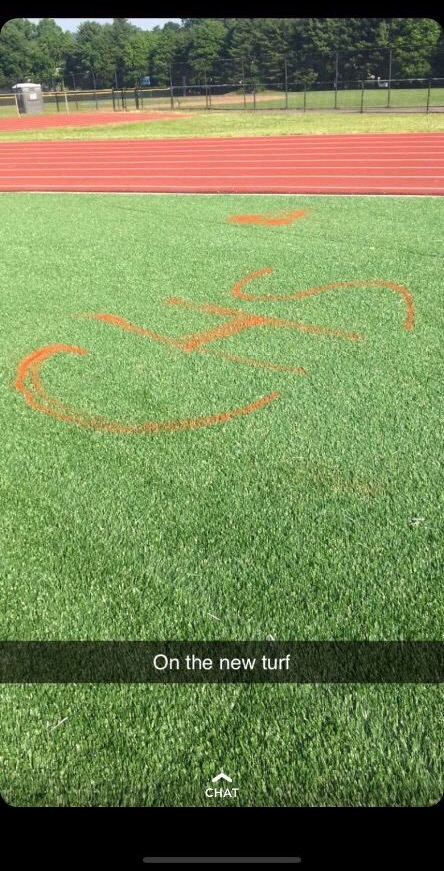 'CHS' has been spray-painted on the turf at Hall High School. Tw

The letters ‘CHS’ were spray-painted on the newly-installed turf at Hall High School’s stadium.

New turf is being installed this summer at Hall High School’s stadium, but it’s already in need of repair after vandals spray-painted the letters “CHS” on one end of the field.

Perruccio said that a call was received from someone at Hall, notifying them that the letters “CHS” had been painted in neon orange on the northern end of the field, which is currently under construction as new turf is being installed.

West Hartford Public Schools will be responsible for clean-up of the vandalism, requiring time, labor, and materials, Perruccio said.

“We are reviewing video and police are investigating,” Superintendent of Schools Tom Moore said Friday afternoon.

There has been speculation on social media that the vandals came from crosstown rival Conard High School, but that has not been substantiated. According to Perruccio, the investigation is still active.