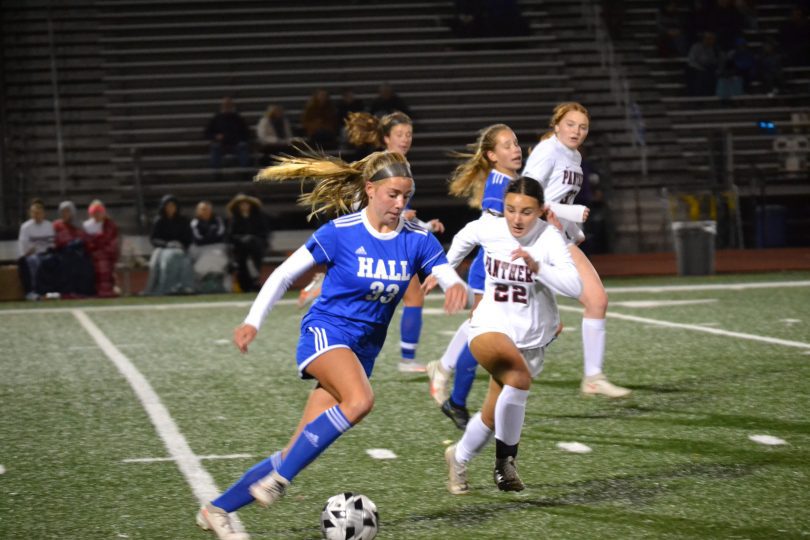 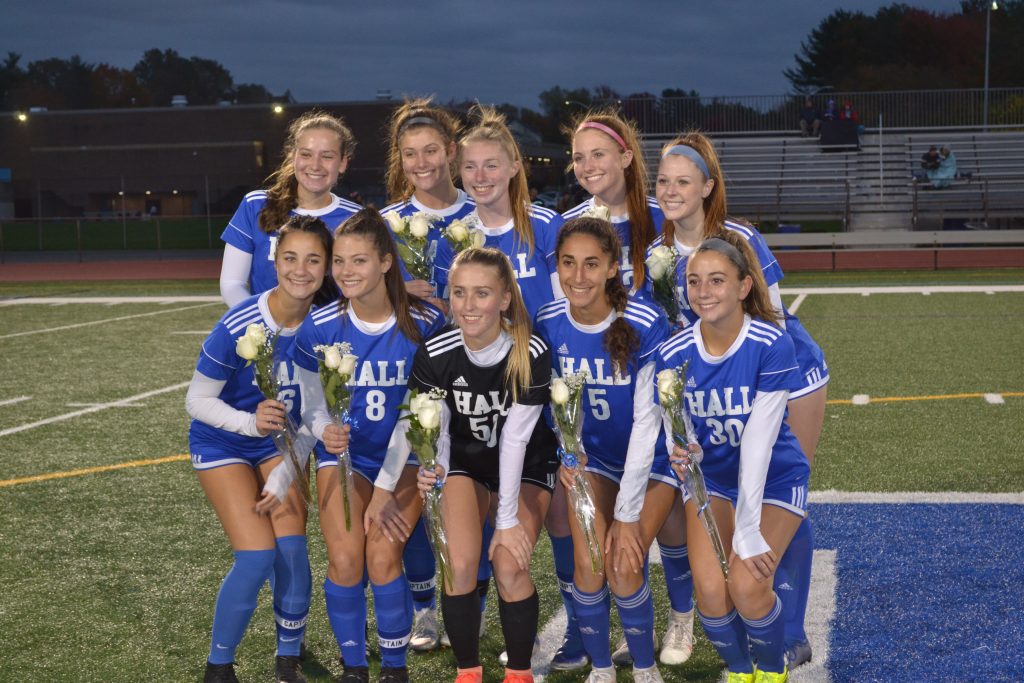 The Hall Warriors girls soccer team deserved a better fate on senior night Friday. But fate can be a cruel master, and they had to settle for a 1-1 tie with the E.O. Smith Panthers after an own goal tied things with just 20 minutes to play.

“We made one mistake that led to a goal,” said Hall coach Scott Ferguson. “You can’t expect to play mistake free.”

It was a hard-fought, at times physical game, which saw the Hall defense under pressure from the opening whistle. The back three, along with senior goalie Allie Keith, were quick to the ball as E.O. Smith sought to beat the defense with long balls instead of trying to dribble through. The tactic allowed the Panthers to control the flow of play, limiting Hall’s offense to just two good chances.

With just four minutes to play in the opening half, Sarah Punt turned in a 40-yard sprint with the ball into the Panther’s penalty box and launched a long cross that was hauled in by goalie Mira Mahmoud.

At the half, Ferguson decided to make a change and shift his formation. “I didn’t want to tie this game,” he said. “We started putting a lot of pressure on them.”

The move paid off less than three and half minutes into the second half. Captain Nicky Deslauriers, who has been involved nearly every Hall goal this season, took possession of the ball and managed to  beat a pair of defenders. She then found sophomore Talia Sortman who hit a long, dipping ball that managed to creep over the outstretched hands of Mahmoud and land in the top corner of the net. 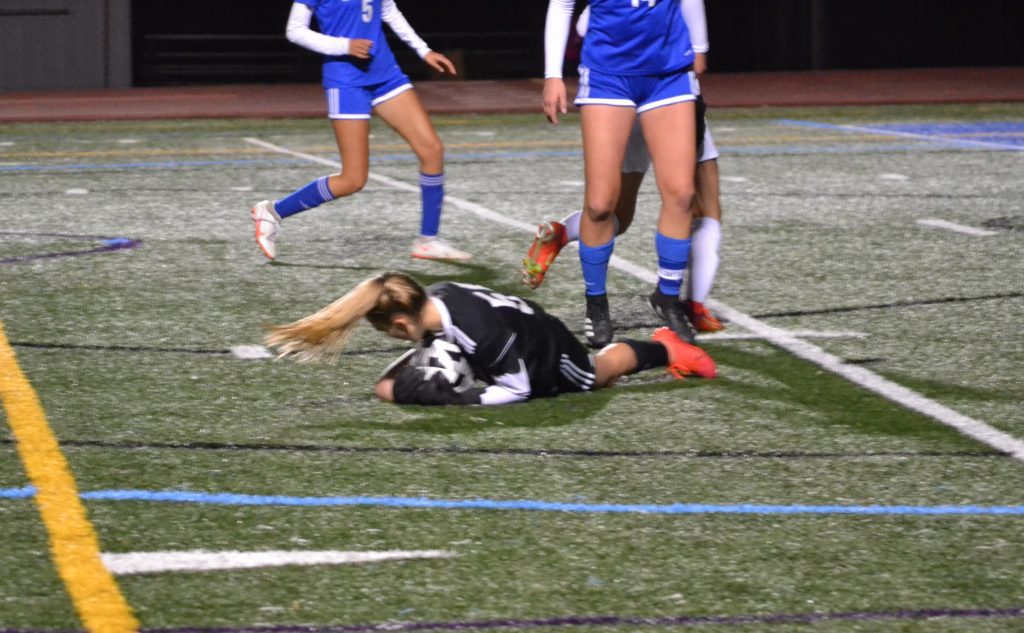 E.O. Smith picked up the pace after the goal and again had the better of the chances and possessions. Keith was fearless off her line, using good judgement and communication skills with her teammates to come off the line and take care of long balls in before the Panthers attackers could get there.

Just before the halfway point, Hall’s defense would make the one mistake that would cost them a win on senior night. With E.O. Smith attacking, a Warrior defender tried to clear a high ball, and ended up deflecting it into their own net to tie things at 1.

There were moments in the second half when play got a little physical with some hard challenges, trips, and grabbing. The worst of it came with 12:46 left to play, when Keith came out hard to grab a loose ball and was run over by n E.O. Smith attacker. Keith lay on the ground with a trainer attending to her before leaving the game. No card was issued on the play, but Hall did get the free kick. Keith returned to the net a few minutes later after being evaluated on the sidelines.

“She’s fearless,” said Ferguson of his senior keeper. “She came right back in tonight and has been great back there all year.”

Both sides would press for a winner, but it was not to be found.

Though he would have preferred a win, Ferguson said he was pleased overall with his team’s effort. He pointed to the work of his senior captains who rallied the team after a lackluster loss to Simsbury. 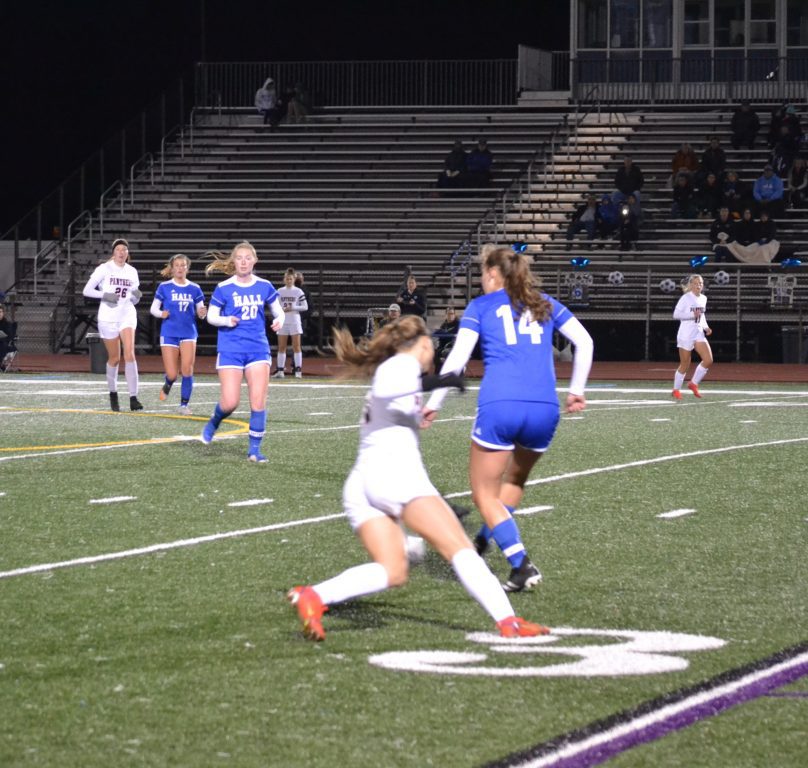 “I love coaching this team. We were not good vs. Simsbury, and the senior captains did a fantastic job owning the responsibility to get better.” In its game after the Simsbury contest, Hall upset Glastonbury 1-0 on the road – their first win over Glastonbury in girls soccer in nearly 20 years. “ I believe after that game and tonight we can play with anybody,” added the Hall coach.

Hall – now 6-3-5 on the season, faces Conard on Monday and finishes the season with a rematch against Simsbury on Thursday. The Warriors are clinging onto one of the final playoff spots and a loss in either of those final two games will most likely knock them out of a post season. 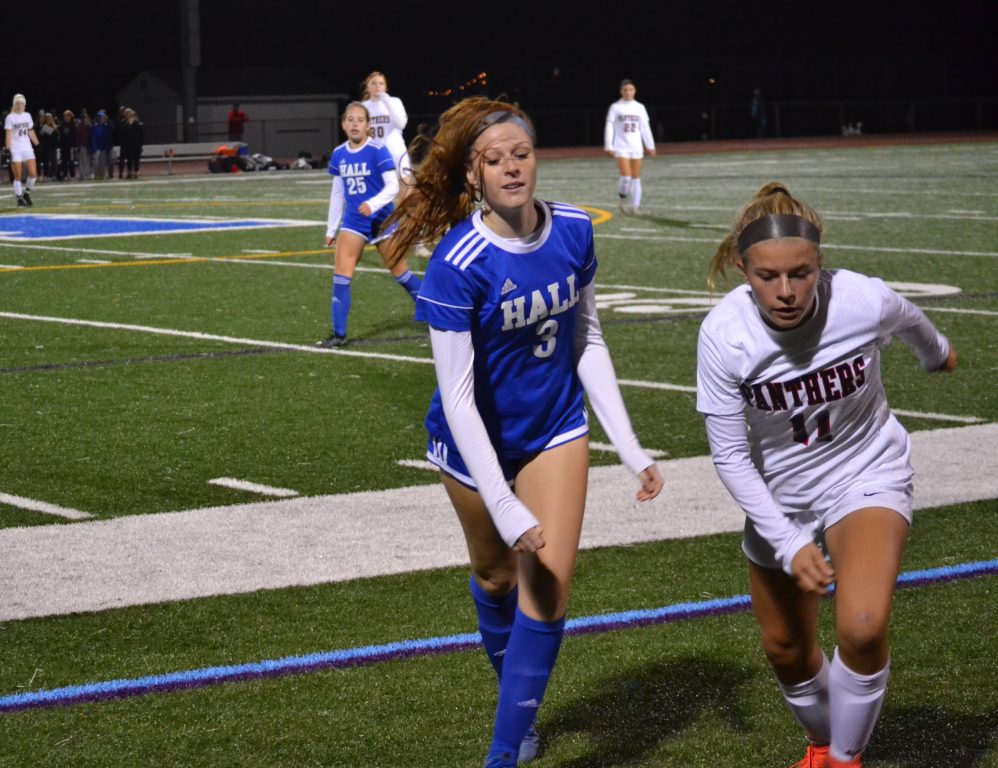 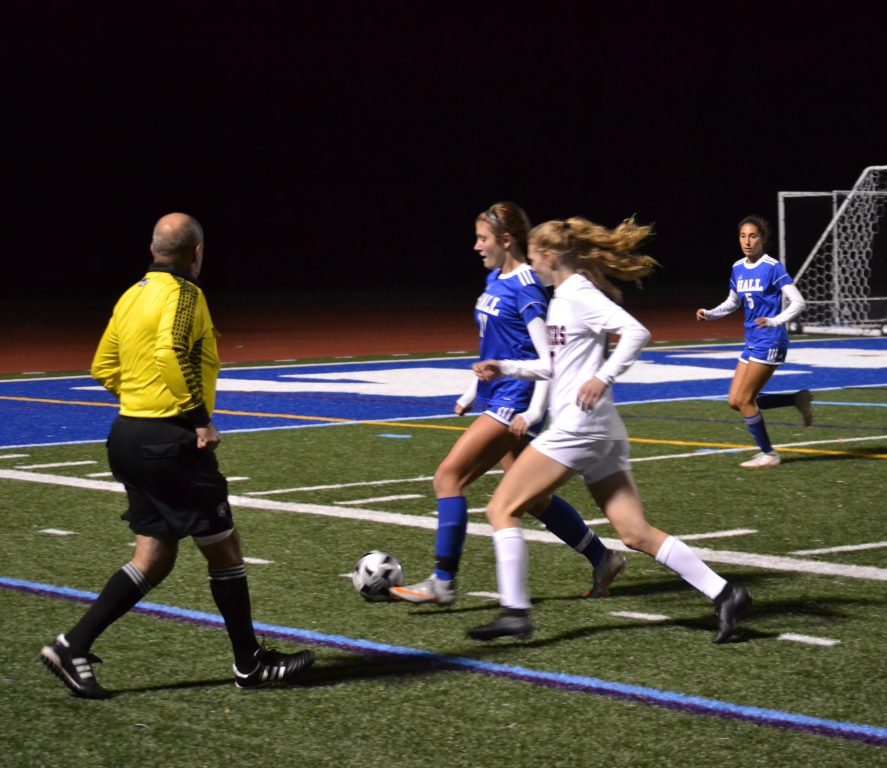 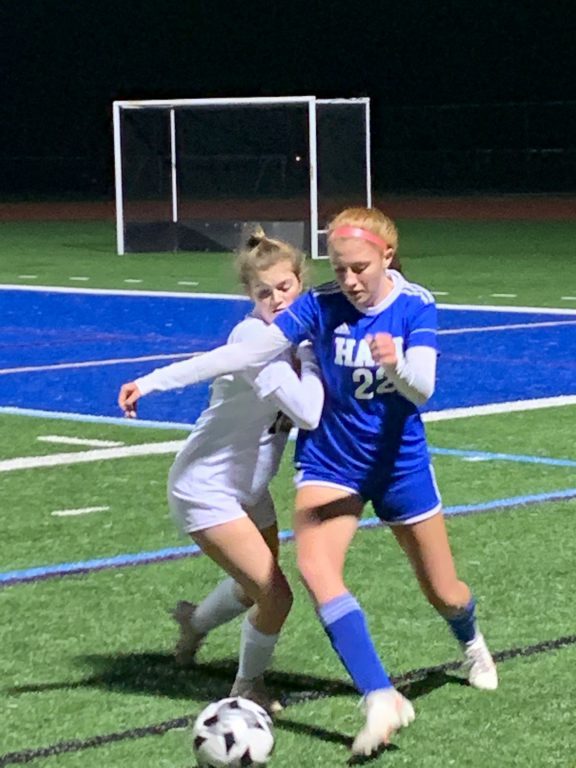 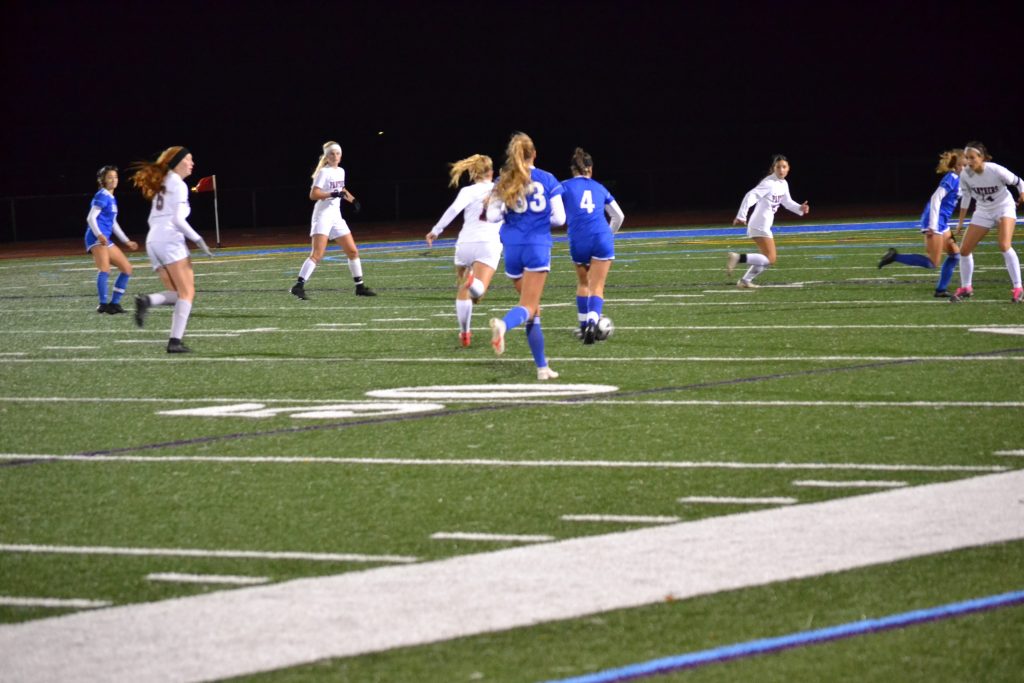