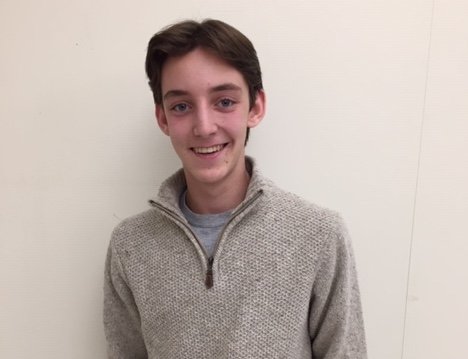 Students at West Hartford’s Hall High Scholastic’s have won scholastic writing awards in the past, but this is the first time a student has received an American Voices & Visions nomination.

Founded in 1923, the Scholastic Art & Writing Awards are the nation’s longest-running, most prestigious educational initiative supporting student achievement in the visual and literary arts.

Samuel received three recognitions: two Gold Keys for writing, one focused on critical writing and the other on humor titled, “A Bottomless Pyramid,” and an Honorable Mention for his work in journalism: “Is There Lead in Hall High’s Water?” In addition to the Gold Key, Sam’s critical essay “Gatsby’s Last Laugh” earned him an American Voices & Visions Nomination, the first for a Hall student.

Five works of writing and five works of art from each region are selected by local judges as American Voices & Visions nominees, who are then celebrated in local exhibitions and ceremonies. From the pool of nominees, a panel of jurors in New York City selects one writer and one artist from each region to receive an American Voices Medal or an American Visions Medal, a non-financial highest regional honor. These Medalists are celebrated during National Events and at the National Exhibition in New York City.