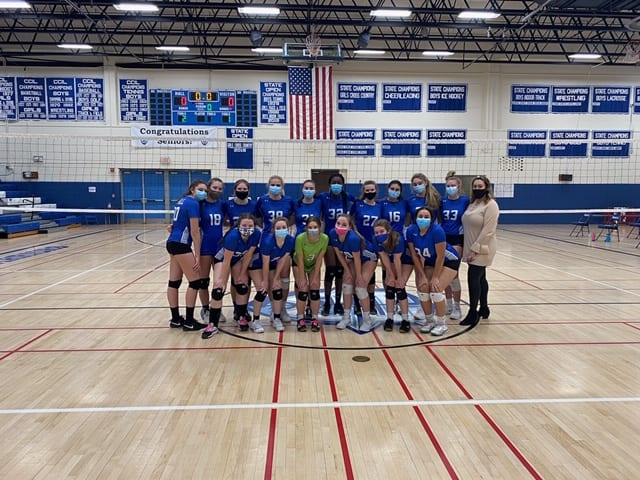 Hall won the first two sets 25-19 and looked to be in control early on the road in Simsbury.

However, Simsbury, which had beaten Hall in their previous two meetings, battled back and Hall dropped the next two sets 25-23 and 25-9. In the deciding fifth set, Hall prevailed 16-14 with match point won on a kill by senior Outside Hitter Nuala Sullivan.

The Warrior netters were led by sophomore Outside Hitter Chiara Persano who had 14 kills and 10 digs and senior Setter Carolyn Alquist who had 28 assists and 5 digs. Simsbury’s Morgan Klopper had 18 digs for the Trojans which finished the season with 10 wins and 2 losses.

With the victory, Hall improved their record to 6 wins and 5 losses under first year coach Vera Gonzalez. Hall will now travel to meet crosstown rival Conard on Wednesday night at 5 p.m. in the CCC Region A final match.