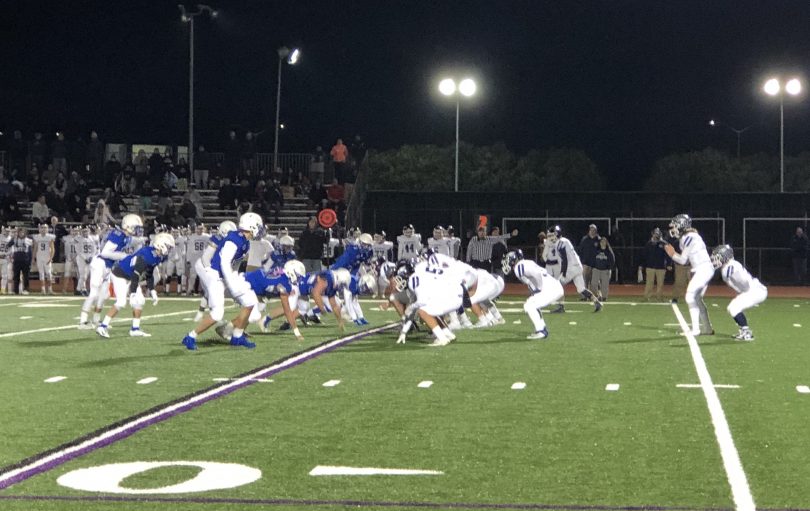 Hall lost to Wethersfield Friday night in a hard-fought game with possible playoff implications on the line. 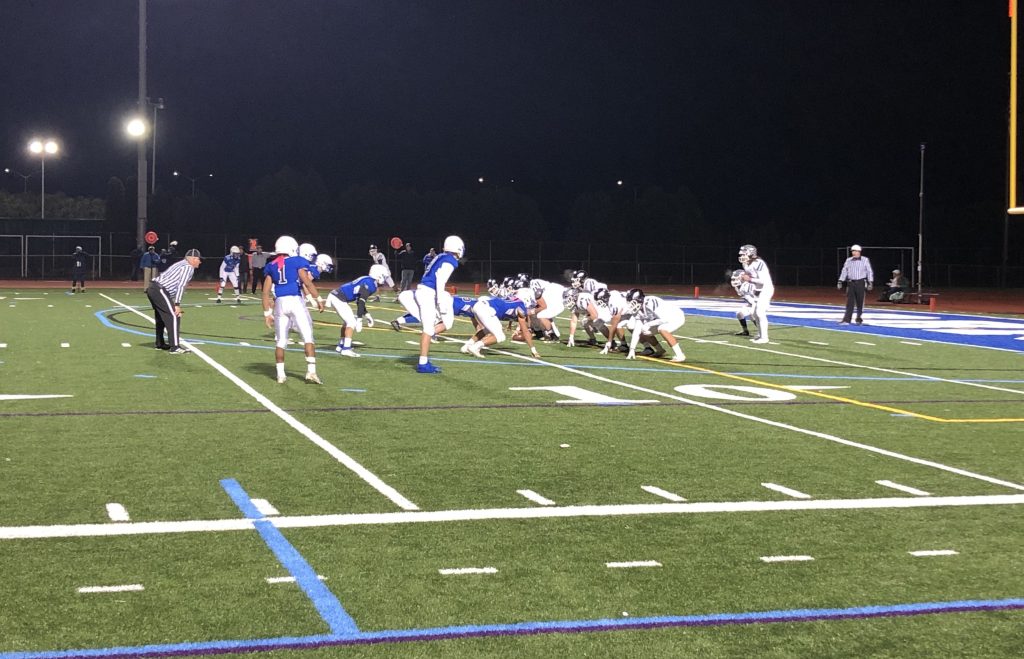 This game was all about defense as both Hall and Wethersfield contained each other’s offense throughout the Friday night game at Chalmers Stadium in West Hartford, and in the end it was the Eagles who would pull out a narrow 13-10 victory against the Warriors in their last home game of the season.

Wethersfield (7-2) won the first possession but tenacious defense from Hall caused a quick three-and-out. The Warriors responded with a nice nine-yard run made by junior running back Izzo Lizardi on second down. Unfortunately for the Warriors, a third down sack on quarterback Matt Keller would stop their momentum and force Hall to punt the ball.

For the whole first half, Wethersfield controlled most of the offensive possessions utilizing their strong run game, while Hall would only have the ball three times. Even so, the defensive work of Lizardi breaking up a deep pass and a strong tackle made by junior linebacker Aidan Guzman to cause a three-yard loss held the Eagles in check.

“The game plan was to definitely stop their run game which was fantastic,” said Hall head coach Frank Robinson. “They did a good job of keeping our offense off the field and also having a good defense showed that they’re a good football team.”

Wethersfield would not be denied, as continuous runs would get them the first score with two minutes left in the first quarter. But they were also punished by Hall’s efforts as the extra point was blocked to make the score just 6-0 to end the quarter.

Hall started the second quarter with a big run by Lizardi to bring it to the Wethersfield’s 40-yard line, but they were unable to convert on the opportunity and score.

Most of the second quarter was scoreless until, with a minute left, the Eagles threw deep to bring it within Hall’s red zone. With a quick run, the Eagles scored with nine seconds left on the clock, and that time made the extra point to make the score 13-0 Wethersfield.

Hall opened up the second half re-energized on offense with strong plays made by both senior receivers Joe Hussey and Gabe Salomons, who combined for a total of 82 receiving yards on the night.

Penalties also played a factor with a pass interference called on Wethersfield, bringing the Warriors to the 30 yard line, which allowed for a clean 30-yard field goal completion to bring the score to 13-3.

Hall’s offense started to click in the fourth quarter, with small flat passes made by Keller to his receivers to move the chains to the red zone where Keller, off a broken play, decided to run the ball in it himself for the Warriors first touchdown of the night to make it a one-score game, 13-10.

Things started to look up for the Warriors until penalties hindered their momentum on offense and allowed the Eagles to run out the clock.

“We’re going to keep doing what we do – as you can tell from this game our kids work really hard and they never quit,” Robinson said. “We did a good job containing on defense and on offense we had our chances but the kids are just going to work harder in practice this week. That’s just who they are.”

Hall (6-3) will face crosstown rival Conard (6-3), who beat Bristol Central 31-8 Friday night, in the last game of the regular season Saturday at 1 p.m. at McKee Stadium. 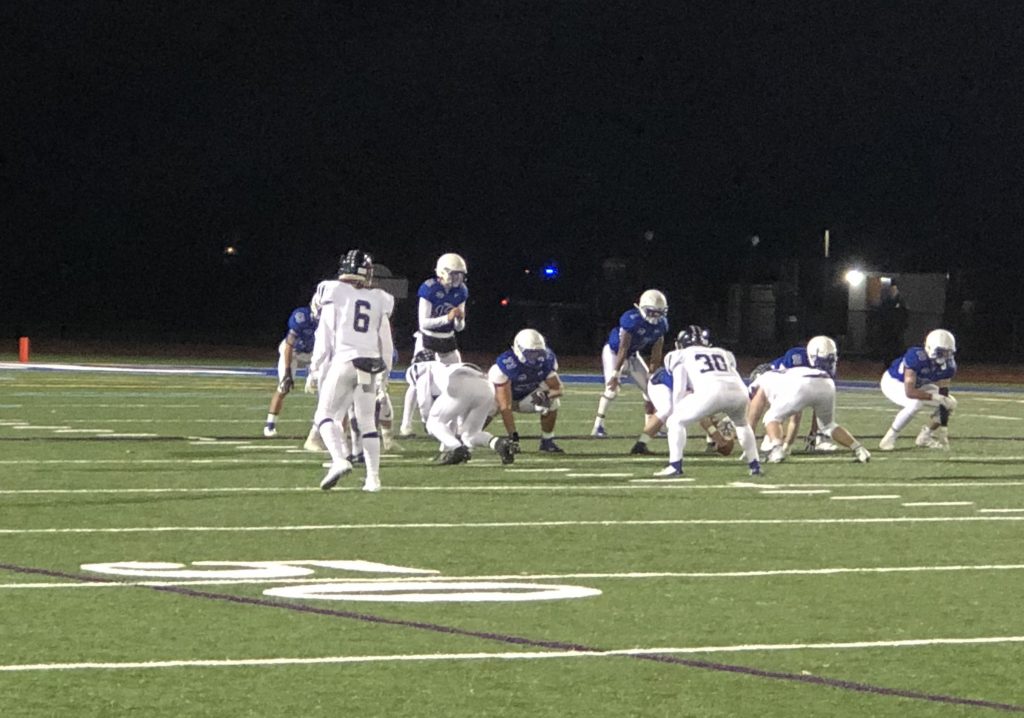