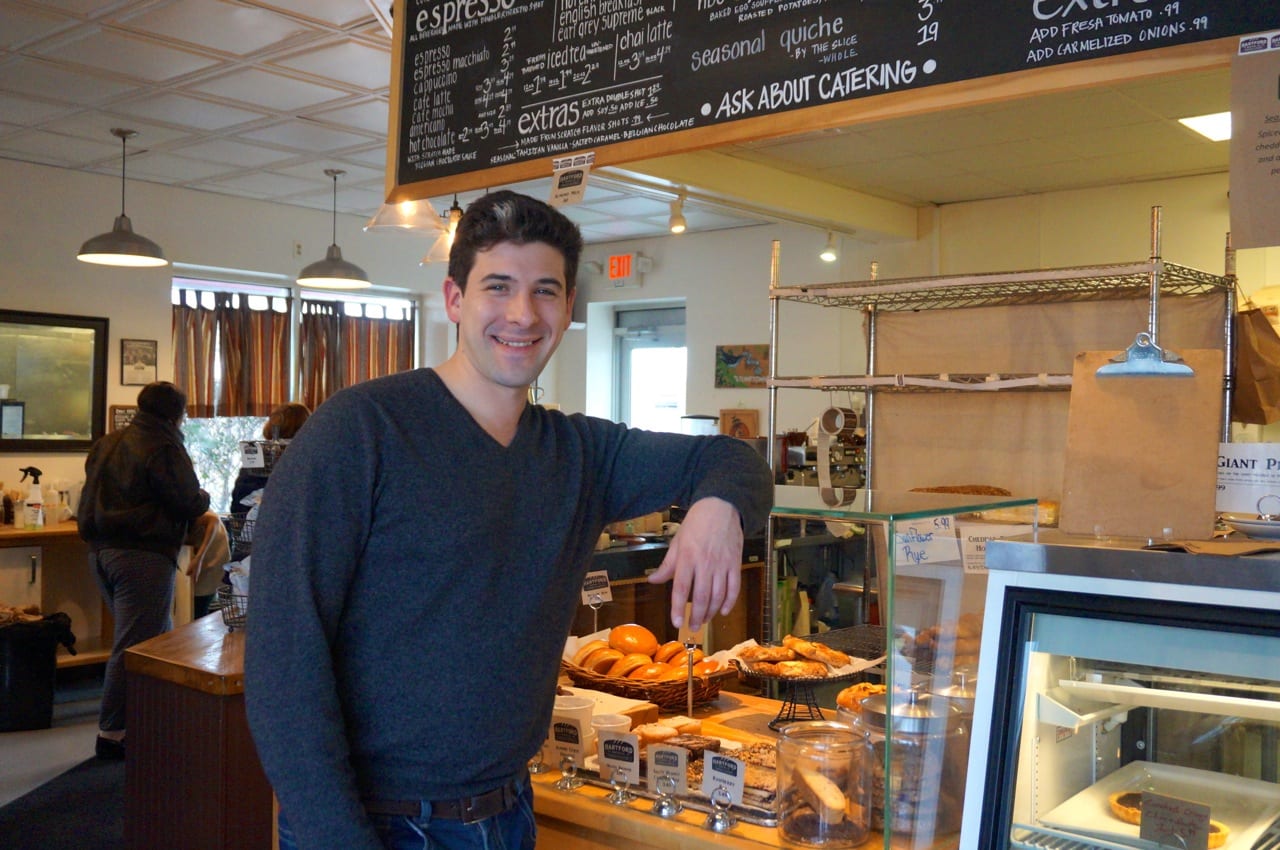 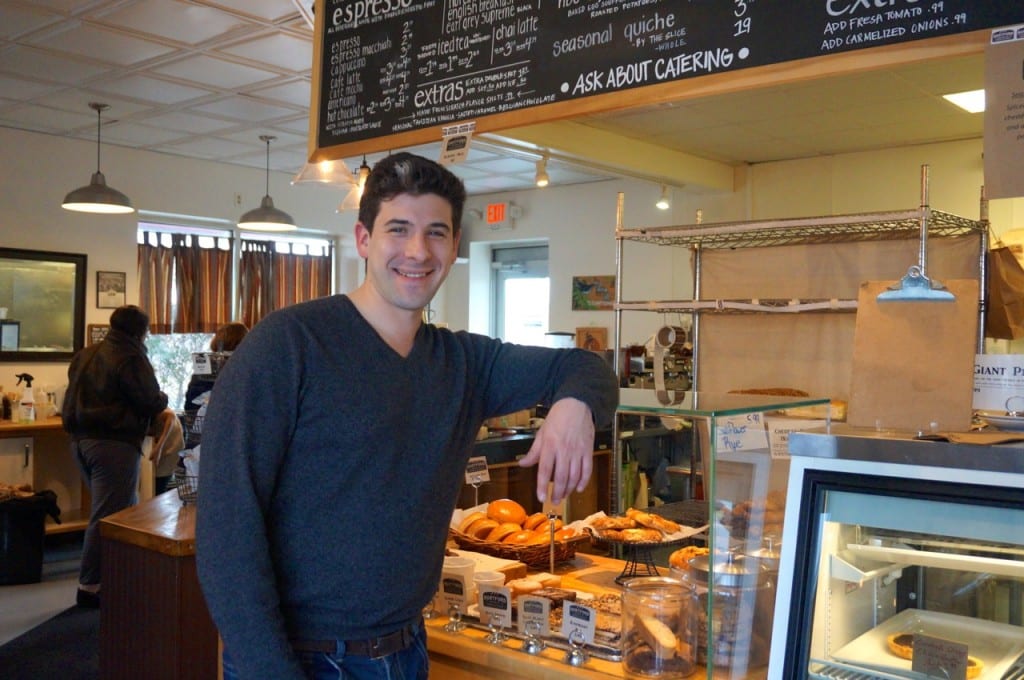 The news released last week about Hartford Baking Company opening a second location in West Hartford Center was met with plenty of excitement and a chorus of “Yums!” – and owner Scott Kluger has now filled in more details about his plans for the new cafe.

“The focus will be more on the savory,” Kluger said of the Farmington Avenue spot, while the original location on New Park Avenue will be more of a bakery.

Bread will play a huge role in the offerings at the West Hartford Center cafe, but the menu will also include salads – especially selections made from ancient grains. Quinoa, farro, and Israeli couscous will be featured. “We want to focus on whole foods, real food, pure foods,” said Kluger.

He also plans on a “whole new slew” of breakfast menu offerings that aren’t currently part of the menu at the New Park location, including items like breakfast burritos and frittatas. A weekend breakfast menu will likely include Belgian waffles, he said.

Mimosas will be on the brunch menu, too. The cafe will serve beer and wine, as well as champagne cocktail, and there will be a daily happy hour from 5 – 7 p.m.

Food will be served until midnight on the weekends. “We will continue to offer late night, high quality food options after all of the other restaurants close,” Kluger said. It will be a place that’s not a bar scene where patrons can go to “hang out, to get dessert or coffee.”

The cafe will have seating for 50-60, spread out among two floors.

“It won’t be formal, but will be quality stuff.” Kluger said the cafe will be “fast casual” with counter service.

As soon as Farmington Avenue opens, the New Park Avenue cafe will also get a facelift, said Kluger. It will still retain seating, but will have a bit more focus as a bakery with a wider assortment of breads as well as tarts and cakes.

Kluger said he’s planning to retain the Hartford Baking Company name for the new cafe, and will certainly maintain the artisanal focus. “Just because we will be making a lot more stuff doesn’t mean we will be making it by machine,” Kluger said. Expanding the business will mean more economies of scale, but also means they will be able to do what they do even better.

Opening an additional cafe represents Phase III of Kluger’s business plan. Phase I was the New Park bakery cafe, which Kluger said he opened from “nothing” just over five years ago. Everything was baked on site at first, but the operation soon outgrew the facility.

In 2013, Hartford Baking Company moved into Phase II when the commissary in Bloomfield opened. Now that’s where all of the bread is baked. The  pastry operation was also moved to Bloomfield six months ago. Even after the expansion, the baking will continue to be done in the Bloomfield facility, which is a 24-hour a day operation, for the sake of consistency, Kluger said.

Hartford Baking Company received a grant to open the Bloomfield facility from the state of Connecticut through the Small Business Express Program, with the promise of adding four jobs that would be maintained for at least two years. The business is certainly an example of one of the program’s successes, Kluger said, since he has hired at least 15-20 people since opening the facility.

Kluger said he didn’t initially plan to open a second location in West Hartford Center, but this was a great location that became available. He had been thinking about expanding, and for about a year had been looking for another retail space. “Location is everything. You can’t force it so it depends on what’s available.”

When he found the vacant space at 965 Farmington Avenue, it was something he thought would work.

And if the cafe works out and proves profitable, Kluger will likely expand the brand further. “Bloomfield can support at least 5-10 stores,” he said.

Barring any hold-ups, Kluger hopes to be open by late May. Upgrades were done after the previous tenant, the Hair Color Company, moved out of the space, and Kluger said most of what needs to be done is “finish work.” There will be an open ceiling, subway tile, reclaimed wood. “It will be a dynamic space,” he said.

At least 20-25 people will be employed, Kluger said. Some of his long-time employees will move from New Park to Farmington Avenue, which will afford them a chance to grow in their careers and take on more responsibility in management. “You have good people and you need to be able to give them some sort of advancement opportunity,” he said.