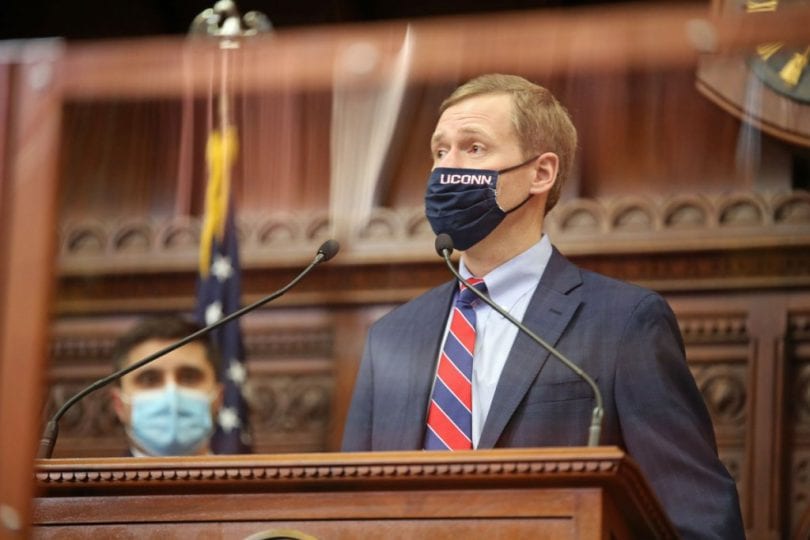 The bill would provide an additional $413,791 to West Hartford through an increase in PILOT funding.

“We want to put a marker down in negotiations with all the parties, Republicans and Democrats and the executive branch, that PILOT is going to be really, really critical to this budget,” House Speaker Matt Ritter said Wednesday before the vote.

The bill passed 125 to 24. One Democrat, Rep. Pat Boyd, joined 23 Republican lawmakers in voting against it.

The bill would increase funding to municipalities by more than $100 million, but doesn’t say how lawmakers would pay for it because that’s part of the budget process.

Republicans struggled with the idea of lumping PILOT funding, the convenience tax, and elimination of welfare liens into one bill.

“All of them deserve our attention but are they critical to do at this time?” Rep. Holly Cheeseman, R-East Lyme, said.

Emergency-certifying the bills means they didn’t go through the legislative process and that there’s some type of emergency happening that requires immediate attention.

Cheeseman said it’s probably appropriate to address the convenience tax so that Connecticut residents aren’t taxed twice by New York and Massahcusetts if they telecommuted during the 2020 pandemic.

“We do not want our residents who have gone through so much to be subjected to that double taxation,” Cheeseman said. “It makes perfect sense to address that now.”

The language would prohibit Connecticut from taxing residents during the 2020 tax year if they worked remotely for a company in another state due to COVID-19. 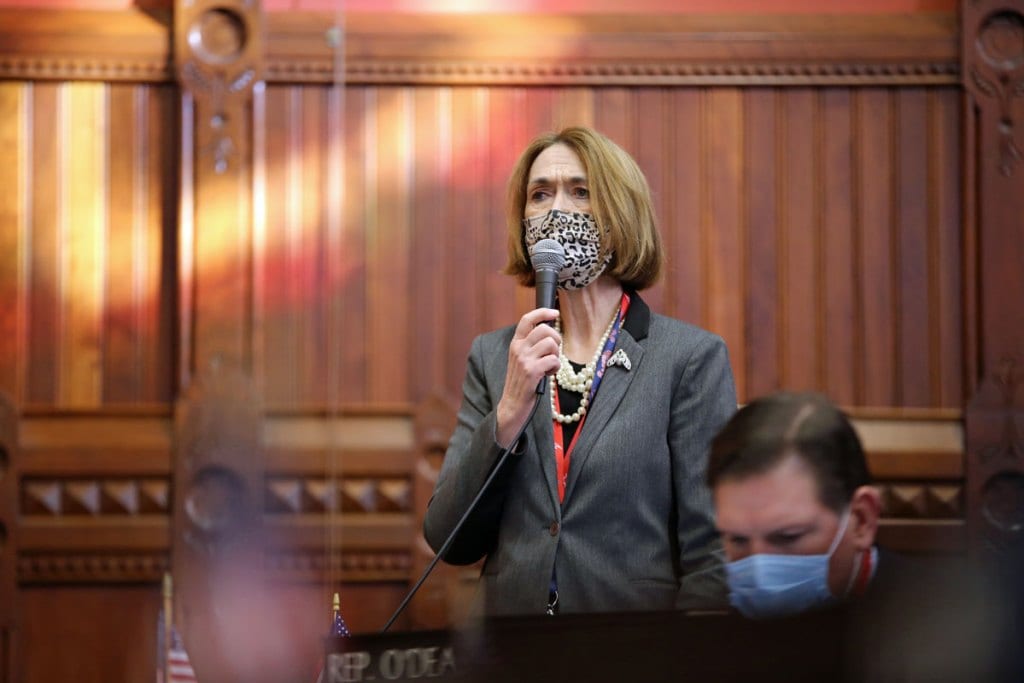 As far as the property lien on welfare recipients, Ritter said it’s not fair to put a lien on someone’s house 30 years after they received help from the government, but that’s what currently happens in Connecticut and New York. He said he hopes Connecticut becomes the 49th state to eliminate the practice.

There are about 1,300 Connecticut residents per year that may be impacted by this law.

As far as PILOT, which stands for payment in lieu of taxes, Cheeseman said the legislature breaks their promise to fund the program every year. She said she hopes they are able to find the funding to give more to cities and towns for non-taxable property.

“If this doesn’t happen, if we don’t live up to our word in the legislature, I think we should come back with a resolution to change our motto from the Land of Steady Habits to the Land of Broken Promises,” Cheeseman said.

“The fact that there’s no appropriation that comes along with this. You know it doesn’t provide that level of certainty,” Candelora said.

He said, “We’ll see as we move through the budget process if towns are going to be given the money that they’ve been promised.”

Joe DeLong, executive director of the Connecticut Conference of Municipalities, said cities and towns are looking for something that’s sustainable and predictable when it comes to PILOT.

“While it doesn’t help every city and town in Connecticut, it doesn’t hurt any either,” DeLong said.

But cities and towns are not going to count on the money until it’s appropriated.

“Like anything, our members aren’t counting the dollars until they receive them,” DeLong said.

West Hartford stands to receive another $413,791 if the funding provided in the bill is appropriated.

Ritter said the amount of money towns receive could change if the formula changes.

“We want them to feel confident that they can rely on some of these figures so they don’t have to produce in New Haven a mill rate increase of 12 for example,” Ritter said. “So that’s why we’re doing this now.”

Bridgeport is receiving an additional $5 million in PILOT funds under this proposal. No other city or town was given a specific amount or carve-out as part of the new formula.

She said there are no guarantee this won’t carry with it new taxes.

“There is nothing in this bill that states there will be no new taxes. It simply states that cities will be now grouped based on the tiers,” Rep. Sean Scanlon, D-Guilford, said.

Under the bill, “protective hairstyles” include wigs, headwraps, and hairstyles such as individual braids, cornrows, locs, twists, Bantu knots, afros, and afro puffs. 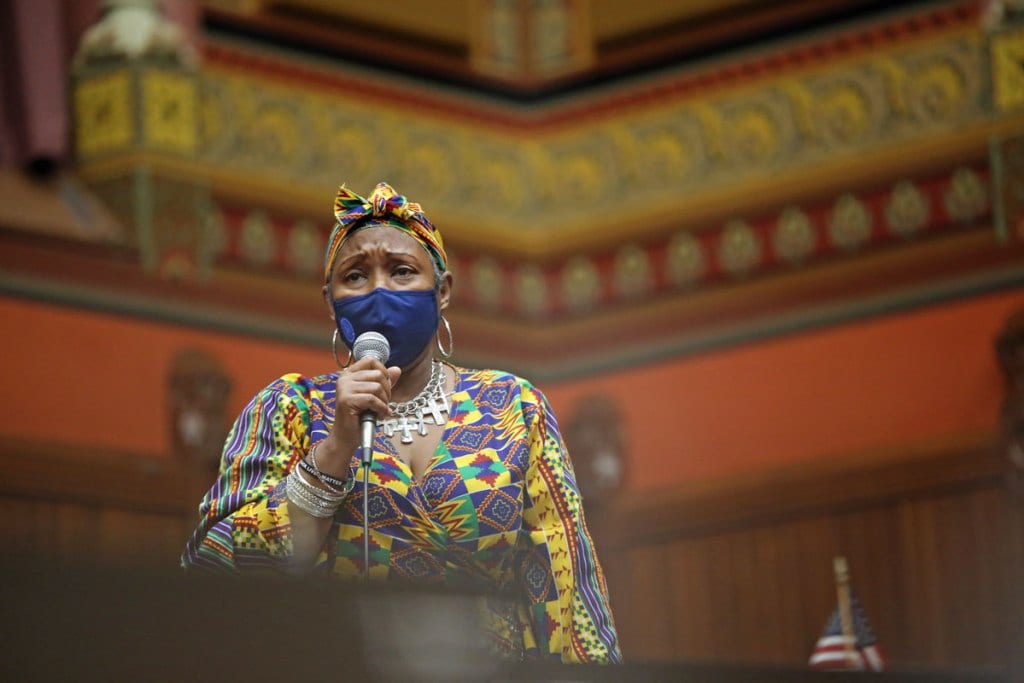 “We thought it was important again to send a message to a lot of communities out there – particularly communities of color – that we’re ready to start addressing some of these issues that have been around for far too long,” House Majority Leader Jason Rojas said.

Some questioned why the legislation was necessary because it should be covered by discrimination law that already exist.

“Society does not do what it’s supposed to do, so we have to put it into law,” Rep. Patricia Billie Miller, D-Stamford, said.

She said unlike white women, she can’t wake up in the morning and just wash her hair and leave the house. She said Black women had to go through extreme measures like chemicals and a hot comb to get straight hair “to be accepted by society.”

“Young people should not be told you cannot graduate, you can’t play sports, you can’t do this because of the style of your hair,” Miller said. “We were born with this texture, we didn’t go out and purchase it from Amazon.”

Rep. Doug Dubitsky, R-Chaplin, said he voted against the bill because he sees problems with the “underlying text” of the bill. He said he tried to offer a friendly amendment but Rep. Robyn Porter was not amenable.

“The text of this bill will bring with it unintended consequences,” Dubitsky said.

Porter said the bill was part of a national movement that’s going on right now.

She said some employers have policies that hairstyles must be professional and that people with braided and knotted hair are not professional, according to these employers.

“Hair and hairstyle discrimination is not currently prohibited under Connecticut law,” Porter said.

The bill on tax incentives for data centers passed 133 to 13.

“Data centers are the backbone of the digital age, and with this growing need we are witnessing a significant period of national growth to build these infrastructures and create the corresponding jobs that support their operations,” Lamont said. “Connecticut needs to get in the game and bring this industry to our state.”