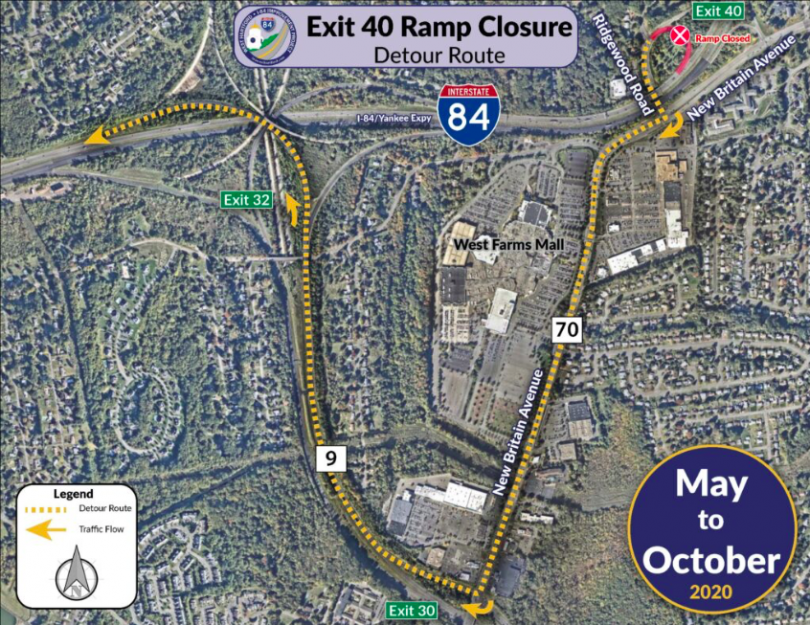 A detour to access I-84 westbound at Ridgewood Road in West Hartford has been in place since May 11. Project website

The westbound entrance ramp to I-84 at Ridgewood Road in West Hartford has been closed since May 11.

Overview of I-84 traffic and safety improvement project in West Hartford. Project website

The detour that has been in place for the on-ramp to I-84 westbound at Ridgewood Road in West Hartford will be removed as the ramp reopens on or before Oct. 19, 2020, the Department of Transportation said in an update.

The ramp had originally been scheduled to reopen on Oct. 5, but had to be rescheduled for a few weeks “due to delays in receiving construction materials during the current pandemic that were critical to the new bridge construction,” the DOT said.

Construction teams have been actively at work on the site in multiple shifts, six to seven days a week, to complete work on the I-84 westbound bridge, that crosses Ridgewood Road, so that the ramp could be opened as soon as possible.

The ramp closed to traffic on May 11, to accommodate a project that has been in the planning stages since the early 2000s.

The project was also made part of the governor’s CT2030 transportation plan, which recommended a toll gantry on I-84 near Berkshire Road in West Hartford to finance it, but even without tolls is one of the projects that is now moving forward as part of the improvement of the state’s infrastructure.

According to Brennan, the overall project is intended to “improve safety and reduce congestion on I-84 between exits 39A (Route 9) and 43 (Park Road).”

The total project costs are estimated at $54.6 million, all of which will be paid by the state. O&G Industries, Inc. is the contractor for the project.

A website has also been established for the project, which includes an interactive map. That information can be found here. The public can also register to receive project updates by texting “i84info” to 22828. 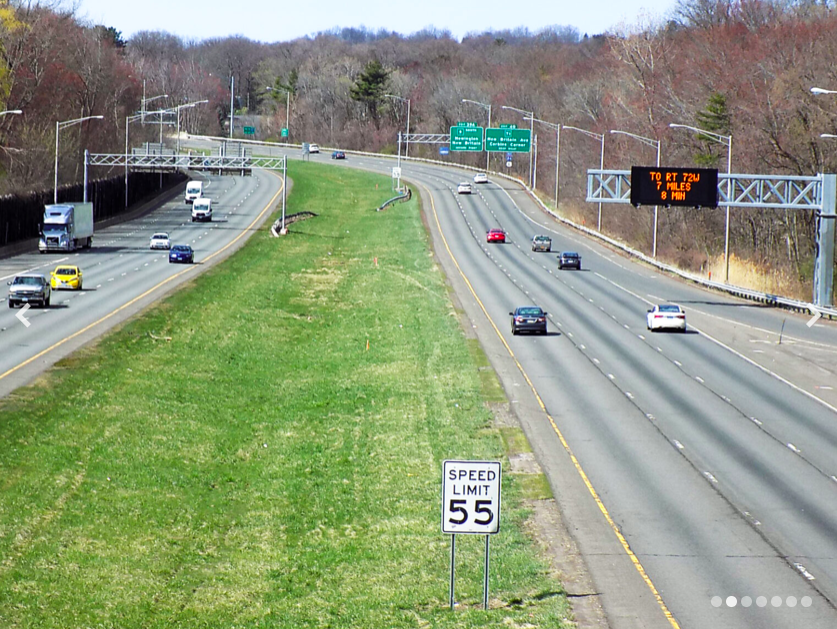 Portion of I-84 in West Hartford that will be impacted by additional lanes between exits 43 and 39A. Project website