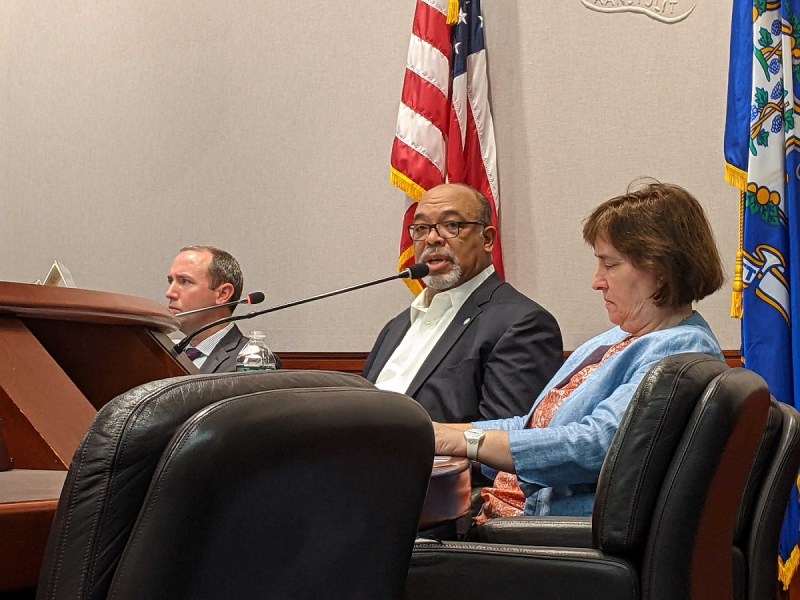 A request by Attorney General William Tong for a more formal proceeding to be scheduled so industry representatives could be questioned under oath was denied.

Two of the six health insurance carriers seeking to raise their rates in Connecticut next year defended those rate-hike requests against outrage from state officials and members of the public during a six-hour hearing in Hartford on Monday.

The hearing, organized by the Connecticut Insurance Department, followed weeks of dissent by elected officials and consumer advocates in response to requests from health insurers to raise next year’s rates on individual health plans by an average of 20.4% and an average of 14.8% on small group plans. The hikes would impact some 206,000 consumers buying plans both on and off the state’s insurance exchange.

“Of the nine insurance companies seeking increases, five of the companies saw billions of dollars in profits, stock buybacks, and executive compensation that ranges from $17.3 million to $91.1 million in CEO compensation,” Rep. Kate Farrar, D-West Hartford, said. “How can you substantiate the double-digit increases that we’re seeing for workers and families when the company CEOs are making millions a year?”