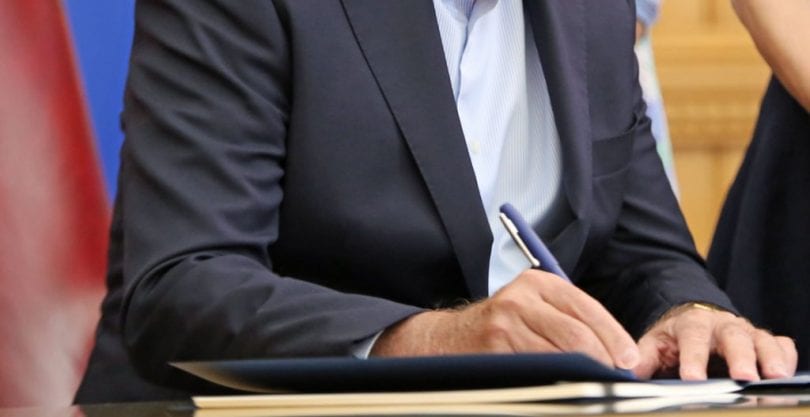 The domestic violence bill was named after Jennifer Dulos as well as Jennifer Mangano.

The new law, named after New Canaan mother Jennifer Dulos, who went missing and has never been found, and Jennifer Mangano, who was killed by her husband in Terryville hours after a judge had ordered her to return with their children to the family home, creates a definition of domestic violence that includes coercive control. The definition encompasses behaviors such as threats, intimidation and withholding resources that would allow a person to live independently or leave the relationship. That portion of the law will go into effect immediately.

Under the previous definition of domestic violence, judges could not consider acts of coercive control unless they rose to physical harm, and that has hampered some victims from obtaining restraining orders.

The new law also allows a victim to email marshals the forms needed to serve a restraining order on an alleged abuser, and it creates a free legal assistance program for low-income victims in the five judicial districts where the most restraining orders are filed.

Victims of domestic violence will be allowed to testify remotely in court proceedings for matters such as restraining orders, protective orders, or standard criminal protective orders. The law requires that a safe place be provided to victims of family violence in all court locations built after July 1.

The legislation passed the House earlier this month 134 to 8 and the Senate 35 to 1 in May.

Lamont has signed 119 pieces of legislation since the beginning of the year and vetoed none.