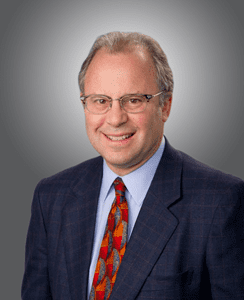 Lux Bond & Green President and CEO John Green of West Hartford has been elected to the board of Farmington Bank. Photo courtesy of First Connecticut Bancorp, Inc.

Lux Bond & Green president and CEO John Green of West Hartford has been elected to the board of the corporation as well as the bank.

Lux Bond & Green President and CEO John Green of West Hartford has been elected to the board of Farmington Bank. Photo courtesy of First Connecticut Bancorp, Inc.

First Connecticut Bancorp, Inc., the publicly owned holding company of Farmington Bank, announced Tuesday the election of John A. Green to the respective Boards of Directors of the Corporation and the Bank.

“John’s extensive experience as both a leader of a successful, multi-generational family business and a tireless volunteer for many nonprofit organizations makes him a wonderful addition to our boards of directors,” said John J. Patrick, Jr., chairman of the board of directors of First Connecticut Bancorp and chairman, president and CEO of Farmington Bank. “In addition, John’s leadership of a successful retail business in today’s changing retail climate will be a valuable asset in the board room as we continue Farmington Bank’s organic growth strategy.”

With today’s election of Green, both Boards of Directors of First Connecticut Bancorp and Farmington Bank now stand at eight members.

Green graduated from Boston College in 1978 and from the Gemological Institute of America (GIA) in 1979.  He earned the titles of Registered Jeweler (RJ) and Certified Gemologist Appraiser (CGA) with the American Gem Society (AGS) in 1981.  In 1992 Green was elected President and Chief Executive Officer of Lux Bond & Green.

Today Lux Bond & Green, established in 1898 by Green’s great grandfather, has grown to seven locations inConnecticut and Massachusetts with over 100 employees.

Green and his family reside in West Hartford.