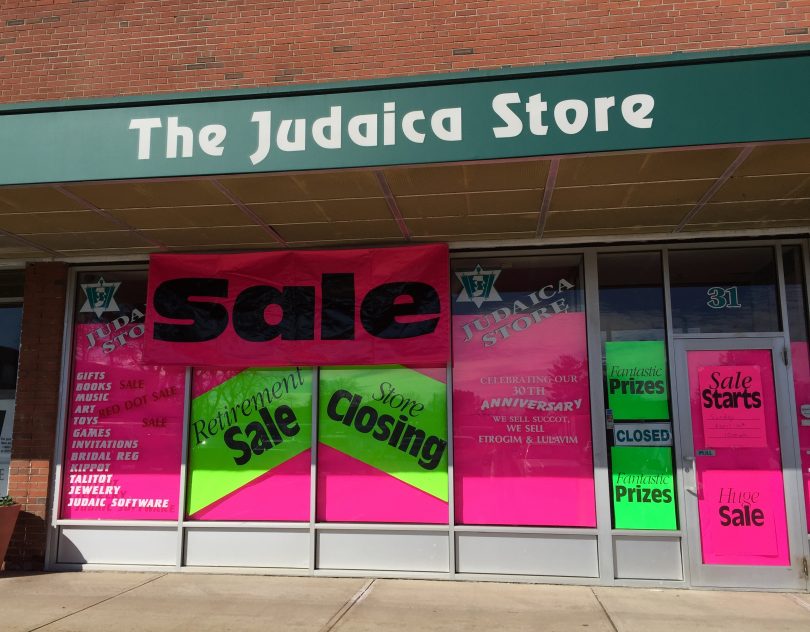 The Judaica Store plans to sell off as much merchandise as possible, and will close at the end of May. Photo credit: Ronni Newton

The Judaica Store, which has been located in Bishops Corner in West Hartford for 24 of its 31 years, will close in May. 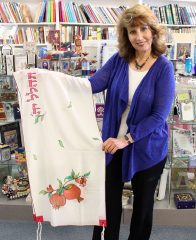 Rivka Dvorin has owned the Judaica Store for 31 years, 24 of those in Bishops Corner in West Hartford. Judaica Store website photo

It’s Passover season at the Judaica Store, where an extensive assortment of seder plates, matzah plates, Haggadah, and cookbooks line the shelves in anticipation of the upcoming holiday that begins at sundown on Friday.

But once Passover has passed, it will be the end of an era.

Rivka Dvorin has owned and operated the Judaica Store for 31 years, 24 of those in a storefront at 31 Crossroads Plaza across from the Bishops Corner Post Office.

At the end of May, the store will close for good.

“Every year it’s been getting harder and harder,” Dvorin said. The store operates in a narrow niche, and she said her main competition is the internet.

“I really wanted to retire,” said Dvorin, who recently moved from West Hartford, where she lived for 46 years, just over the mountain to Avon. She will also be getting married this summer and no longer wants to work six days a week.

She said it’s not economically feasible to hire people to run the store, which has been her labor of love for decades.

“All those years I’ve loved it,” said Dvorin. “My customers became my friends,” and she said she’s gotten to know multiple generations of families.

“It’s sad, I’m not going to say it’s not, but it’s bittersweet,” Dvorin said last week, as she worked with a representative from a company she hired to handle the closing sale. In addition to all of the merchandise, the furnishings and fixtures will be sold as well.

Dvorin said she tried to sell the Judaica Store, but it’s not easy to sell a business that’s not profitable. She was hoping that someone who had good social media skills or could help the store navigate the online marketplace would be interested, but the efforts were unsuccessful.

For years the Judaica Store has been the only store between New York and Boston selling a wide variety of “everything Jewish.” Many synagogues have small gift shops that stock a few items, but other full scale stores like hers have closed.

The official store closing sale began on April 14, with discounts ranging from 20-25 percent off to 50 percent off, Dvorin said. Discounts will be adjusted as the sale progresses. Thousands of letters and emails have been sent out notifying former and potential customers of the sale.

Even with professional assistance, getting ready for the liquidation is a lot of work. “What’s beautiful is I’ve asked friends to come help me. If they were around, they all said yes,” Dvorin said.

Even though she’s supposed to be selling off all of the inventory, Dvorin said she ordered some new merchandise for Passover. “I like to serve the community,” she said, and did not want to disappoint.

“It’s not just about selling,” Dvorin said. She wants the community to be able to gather at the store, to find the things they need for Passover.

Throughout the years, best sellers have been mezuzot, prayer shawls, holiday items, and wedding and home gifts. Dvorin has also sold jewelry, sandals, and skincare products that she has imported from Israel.

“I’ll miss it,” Dvorin said. “I used to call it my little girl that I never had.”