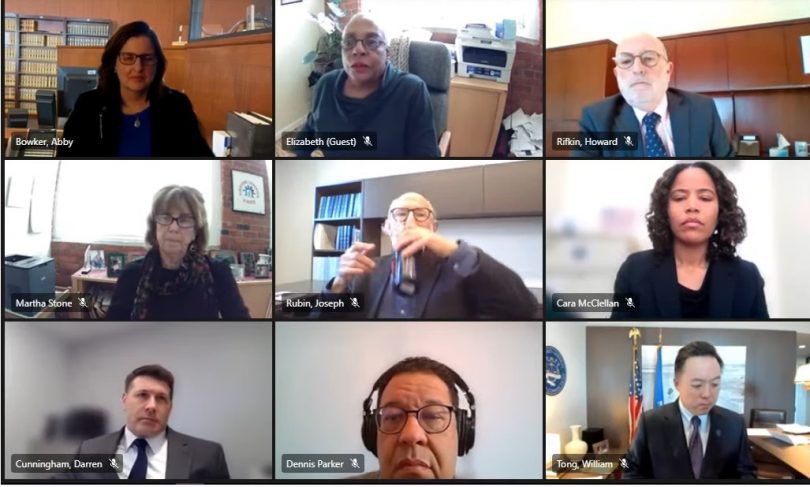 A screenshot of a Thursday Superior Court hearing on the Sheff v. O’Neill settlement. Courtesy of CTNewsJunkie.com

The agreement would fund additional seats at magnet schools in Hartford, and provide financial incentives for suburban towns to accept additional Hartford students who enroll in the Open Choice program.

Potentially ending decades of litigation on racial inequities in Hartford schools, a Connecticut Superior Court judge approved a settlement agreement Thursday in the landmark Sheff v. O’Neill case, which will now head to the legislature for approval.

During an afternoon hearing conducted by video conference, Judge Marshall Berger gave his preliminary endorsement of what’s expected to be the last in string of settlements on racial segregation in Hartford area schools. The case stems from a 1989 complaint brought by a group of students. The case resulted in a 1996 state Supreme Court decision finding that Connecticut had a constitutional obligation to address racial inequities and isolation in Hartford’s schools.

Berger praised the settlement which among other things, commits the state to millions in additional annual funding and boosts the number of magnet school seats available to Hartford area students.