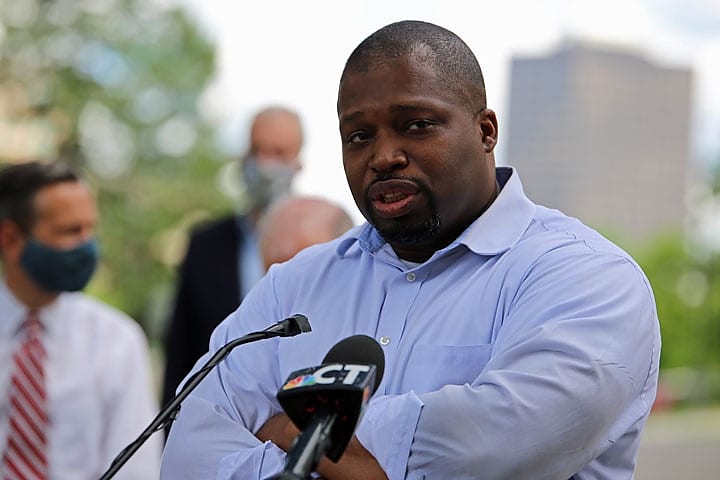 Ranking Republicans say that while they don’t necessarily support the legislation in its entirety, they want to move forward with a public process.

The 63-page draft legislation comes weeks after state residents staged dozens of public protests following the death of George Floyd in Minneapolis as he was being taken into custody for a minor charge.

“We tried to make this as broad and encompassing as we could,” Sen. Gary Winfield, D-New Haven, said late Thursday. “We included the important issues that people were talking about. We didn’t get to everything but we did get to most of it.”

At a Friday press conference, ranking Republicans Sen. John Kissel and Rep. Rosa Rebimbas said there may be things in the legislation that their caucus can’t support, but they want to move forward with a public process.

“I have not personally endorsed this proposal,” Kissel said at a Capitol press conference. “I’m still looking to hear from my constituents, folks in law enforcement, folks in other communities.” 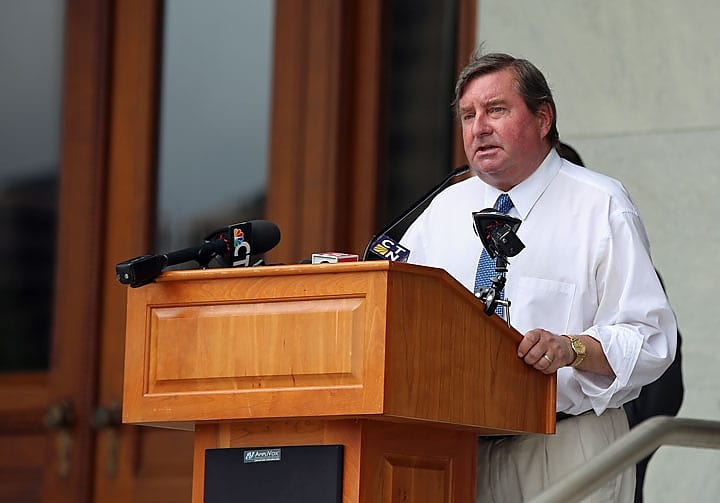 He said there are some provisions in it that cause him concern, but he declined to detail them.

The proposed law redefines the scope and duties of the state’s Police Officer Standards and Training Council, which is responsible for certifying police officers, to include mechanisms for revoking certification for wrongdoing.

The bill also sets up a unit within the Chief State’s Attorney’s Office which will solely conduct independent investigations of the use of deadly force by police officers. Under current state law, the investigations are done by prosecutors from districts other than where an incident occurred.

But Winfield pointed out, those prosecutors often still work with police. The proposed law would require Chief State’s Attorney Richard Colangelo to nominate prosecutors to the unit who aren’t working with police and who will only investigate the deadly use of force.

The prosecutors will have to be approved by the Judiciary Committee, Winfield said.

Under the proposed law, no contract or police agency can withhold any information by using a contract to create stipulations that are in opposition to state Freedom of Information laws.

Officers will also be required to receive training in crowd control, in cultural competency and in how to spot “implicit bias” against a particular segment of the population that might influence an officer’s judgement when interacting with the public.

Police departments in areas with a “high concentration” of minority residents will be required to recruit, hire, retain, and promote minority officers and seek to attract members of the community through outreach and programs such as police explorers and cadet units, under the proposed law.

POST will be able to revoke the certification of officers under certain circumstances including if an officer has been convicted of a felony, if an officer has falsified a report or tampered with or fabricated evidence or used excessive physical force.

The revocation of certification was an issue brought up by the Police Accountability and Transparency Task Force which noted that the state labor process makes it nearly impossible for police departments to terminate officers who have been accused of wrongdoing.

Under the proposed law, an officer would still likely have due process through the labor process, but POST would have the authority to revoke a certification which would effectively end the officer’s employment.

In June of 2019, Winfield was able to get a police accountability bill passed that created the task force and required the release of body or dashboard camera footage within 96 hours of an incident that could lead to the discipline of an officer.

That bill passed along party lines in the House with Republicans voting against the legislation. After weeks of protests following Floyd’s death, Republicans were willing to come to the table to work on the proposed bill which will come up during a special session slated to take place the next two weeks, Winfield said.

“The Republicans who were negotiating understood that it had to be substantial,” Winfield said. “I will give them credit for trying to be a part of the conversation.”

Kissel said there were compromises made along the way which signals to him there’s some desire to come together on a bipartisan basis.

“But again I can’t predict where this is going to end,” Kissel said.

Rep. Rosa Rebimbas, R-Naugatuck, said she doesn’t support everything in the proposal, but she declined to say exactly what that might be before the public process plays out.