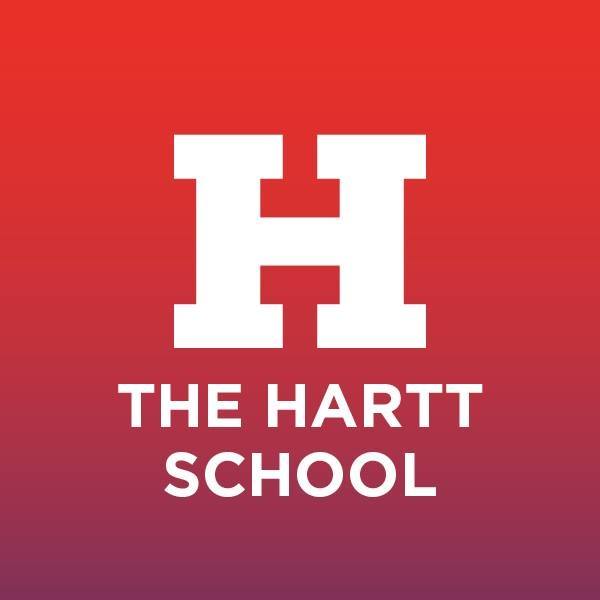 Several members of the Board of Trustees live or work in West Hartford.

The Julius Hartt Musical Foundation, Inc. recently re-elected the following members to its Board of Trustees: Steve Collins, Andrew Mayo, Scott Reeves, Jonathan Reuning-Scherer, and John Sunde. Collins was also elected as board chair for the 2022-23 academic year.

The mission of the Julius Hartt Musical Foundation, Inc. is to support The Hartt School of the University of Hartford in an advisory role to the dean of the school. The Board financially supports the school and acts as an advocate for the school’s interests.

“As we complete our 100th anniversary of The Hartt School and begin our journey into the next 100 years, the involvement of our trustees is vitally important. As community leaders, the trustees, along with the entire Hartt community, will lay the new groundwork for the future of our school,” said Dale A. Merrill, dean of The Hartt School.

The professional and personal profiles of the re-elected trustees are as follows:

Steve Collins ’89 is president and CEO of the Hartford Symphony Orchestra. Collins is driven by a deep belief in the transformative power of great music. He has served as a champion of artistic development, working with HSO Music Director Carolyn Kuan to infuse performances with digital media content, engage audiences in imaginative ways, and create opportunities for community collaboration. Collins was named the 2018 Non-profit Executive of the Year by the Hartford Business Journal and in 2021 received the University of Hartford’s Anchor Award for Impact on Social Responsibility and Civic Engagement. He is the chairman of the League of American Orchestras Group 3 orchestra executives and an ex-officio member of the League’s Board of Directors. Collins holds a bachelor’s degree in music from Hartt.

Andrew Mayo MMEd’97 is a teacher and department supervisor of performing arts in West Hartford Public Schools. He was named West Hartford Teacher of the Year in 2008. Mayo is also an avid songwriter and composer who has written a mix of classical, pop, rock, and folk music, including soundtracks for children’s radio and TV. Mayo has premiered pieces on the stage of the Bushnell and written for the Inter-Elementary Orchestra. He also composes musicals, and his current project is “Dreams and Compromises,” a rock and pop musical that uses recitative instead of dialogue. Mayo’s first connection with Hartt was taking Suzuki violin lessons as a child. He later played band instruments in the weekend ensembles in middle school and high school. Mayo returned to Hartt to pursue a master’s degree in music education. His children attended the Hartt Community Division. Mayo received a bachelor’s degree from Princeton University, a certificate in jazz and popular music performance from the Hartford Conservatory, a master’s degree in music education from The Hartt School, and a sixth-year certificate in educational leadership from Central Connecticut State University. Mayo lives in Hartford with his wife and three children.

Scott Reeves ’76 was an English teacher at the Westminster School in Simsbury, Connecticut, for 33 years, and currently serves as Westminster’s archivist. Reeves is a lover of literature, a guitarist, and a countertenor. He has performed as a soloist and as a member of various ensembles and choral groups. Reeves also builds and repairs acoustic steel string and classical guitars. He earned his bachelor’s degree in English from Hampden-Sydney College and his degree in classical guitar performance from The Hartt School. He and his wife, soprano Joanne Scattergood, live in Simsbury.

Jonathan Reuning-Scherer is a senior lecturer in statistics and data science at Yale University. He also serves as director of music at Emanuel Lutheran Church in Hartford. For many years, Reuning-Scherer led GodSong, a Greater Hartford ecumenical choir dedicated to the performance of great choral music in a worship context. He produced and directed yearly musicals for the Montessori School of Greater Hartford, and was assistant music director for the West Hartford Summer Arts Festival (SAF). He is now the musical director of SAF. Reuning-Scherer frequently accompanies area choirs including those at West Hartford’s Bristow Middle School and Conard High School. Reuning-Scherer holds degrees in piano performance from the Oberlin Conservatory with a minor in horn, a bachelor’s degree in mathematics from Oberlin College, a master’s degree in choral conducting from the Yale Institute of Sacred Music, and a master’s and a PhD in statistics from Yale. Reuning-Scherer resides in West Hartford with his wife, Julie, and their two children – both of whom studied at the Hartt Community Division.

John Sunde is the chief contracting officer of SoNE HEALTH and responsible for strategic and operational oversight of managed care contracting for SoNE Health and across all Trinity Health of New England markets. He has a lifelong love of music and music performance, and has played guitar since the age of 8. Sunde studied classical and pop/rock guitar, and has recently been playing at open mics, often accompanied by his twin sons, Andrew and Ian, and his daughter, Abigail. Sunde is a long-time resident of West Hartford with close ties to the University of Hartford, The Hartt School, and the Hartt Community Division: Sunde, his wife, Coreen, and their three children have studied at the Community Division for a combined total of 41 years. He previously served as a University Regent and as a member of the Julius Hartt Musical Foundation, Inc. Board of Trustees. Sunde is a graduate of Wabash College, and received a graduate degree in healthcare administration from George Washington University.

The Hartt School is the comprehensive performing arts conservatory of the University of Hartford. Hartt offers innovative and immersive degree programs in music, dance, and theatre, as well as the opportunity to pursue a minor or a secondary major. Its renowned faculty perform, create, and teach around the world, returning to campus to inspire and mentor their students in their pursuit of excellence. With more than 400 performances, recitals, and master classes in instrumental, jazz and vocal performance, theatre, dance, and music theatre each year, Hartt is one of the largest and most diverse producers of performing arts events in the state of Connecticut. For more information about The Hartt School, visit Hartford.edu/hartt.