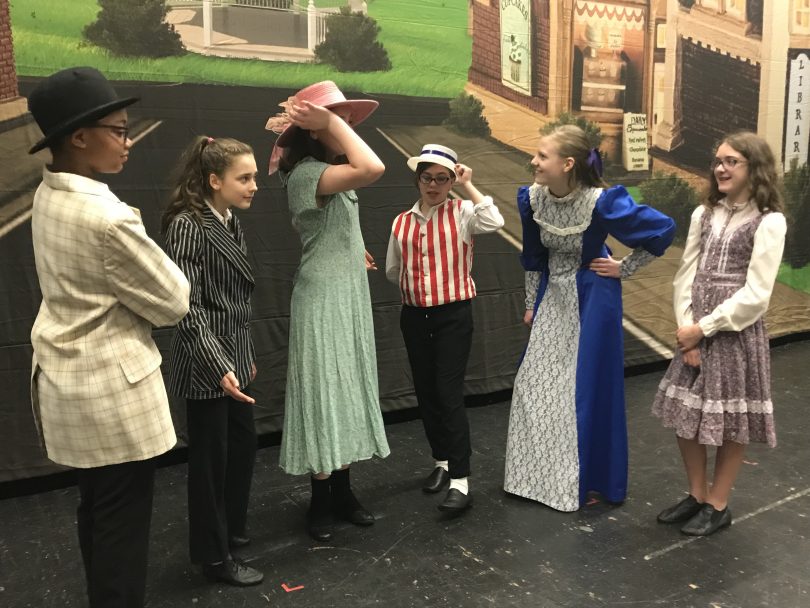 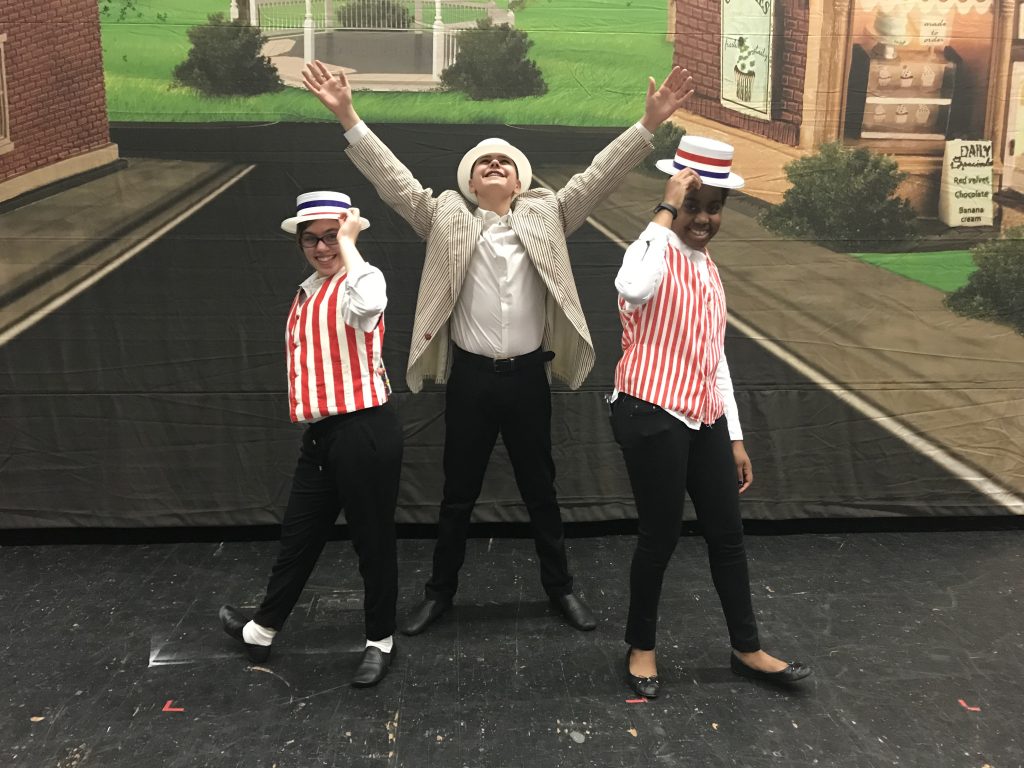 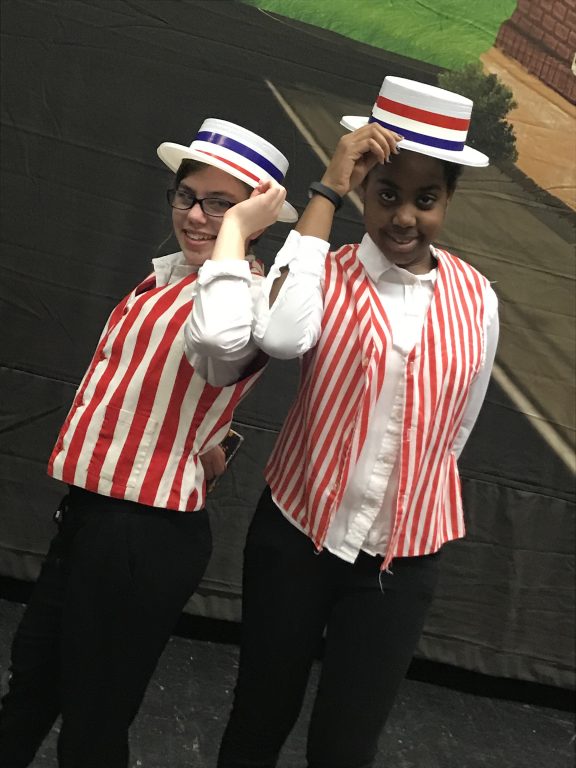 There’s trouble in River City when a fast-talking salesman gets his heart stolen by the town librarian in this adaptation of the Tony Award-winning Broadway classic. Based on Meredith Willson’s six-time Tony Award-winning musical comedy, “Music Man Jr.” features some of musical theatre’s most iconic songs and a story filled with wit, warmth, and good old-fashioned romance. “Music Man Jr.” is family entertainment at its best! “Music Man Jr.”is the show for our young King Philip cast – a toe-tapping crowd-pleaser that has a little something for everyone.

Please get your tickets and join in the fun of this student-run Broadway production with live music!

In the classic story, Master showman Harold Hill is in town and he’s got “76 trombones” in tow. Can upright, uptight Marian, the town librarian, resist his powerful allure? The story follows fast-talking traveling salesman, Harold Hill, as he cons the people of River City, Iowa, into buying instruments and uniforms for a boys’ band he vows to organize. The catch? He doesn’t know a trombone from a treble clef. His plans to skip town with the cash are foiled when he falls for Marian, whose belief in Harold’s power just might help him succeed in the end in spite of himself.

“Music Man Jr.” is part of the MTI Broadway Junior Collection, MTI’s special collection of musicals for younger performers. The run time is one hour.

King Philip Middle School will present “Music Man Jr.” on Wednesday, May 1, at 9:30 a.m. as a dress rehearsal for the community. The production run begins Thursday, May 2, at 7 p.m. and Friday, May 3, at 7 p.m. The matinee performance is Saturday, May 4, at 2 p.m. Doors and box office open 30 minutes prior to curtain time.