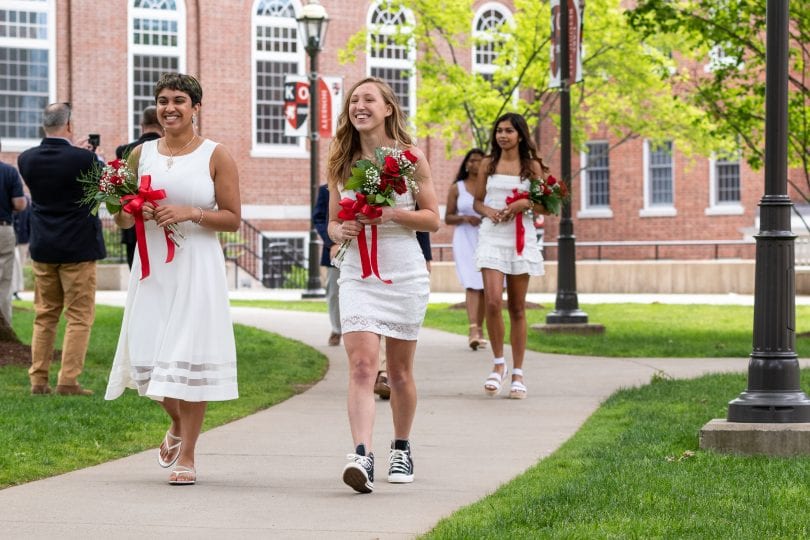 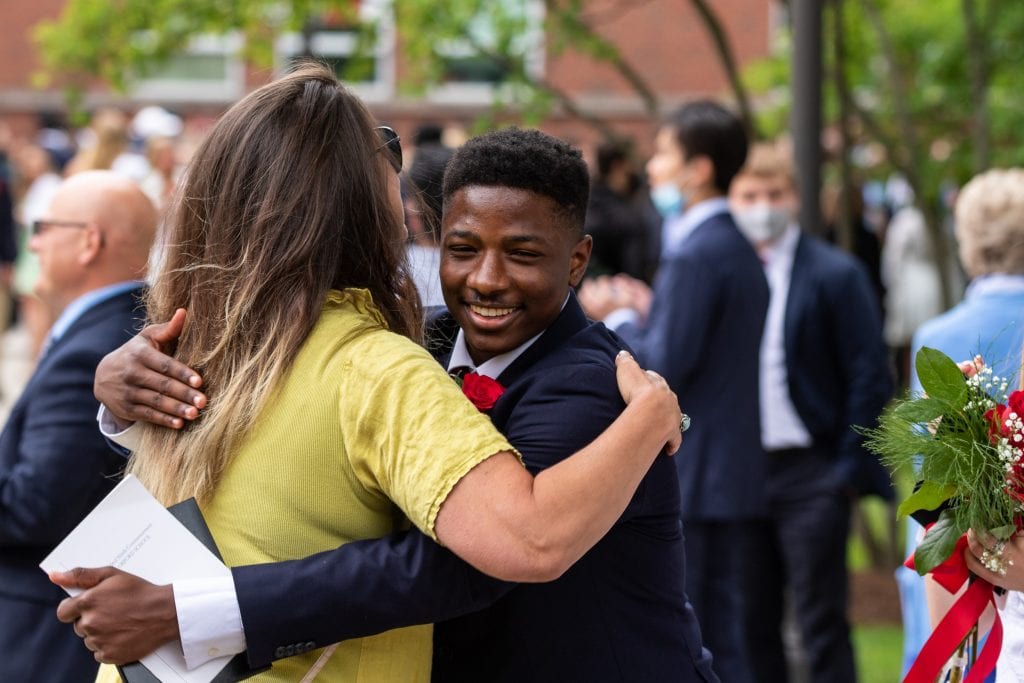 In a year of chaos and uncertainty, Kingswood Oxford’s 109 Commencement on May 28 ended the year on an uplifting note of gratitude and hope.

Due to the easing of social distancing restrictions and the roll-out of the COVID-19 vaccine, KO was able to resume our customary graduation ceremony of the Senior Green although with fewer spectators than in previous years.

The chilly temperatures and cloudy skies couldn’t dampen the spirits of the 88 seniors who muscled through a tumultuous end to their high school career: ending their junior year remotely and starting their senior year wearing masks and social distancing. Although it was not a year anyone could have ever imagined, the Class of 2021 showed resilience and grace and provided consummate leadership to the rest of the student body. 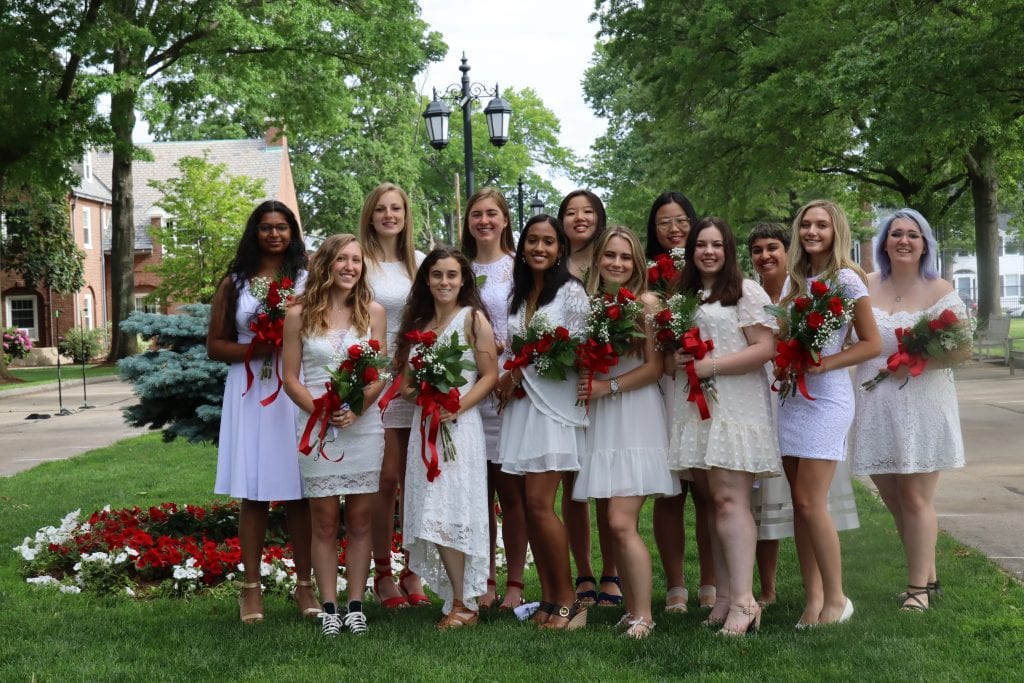 Upper School history teacher Ted Levine gave the opening invocation and recalled the previous evening Class Night performances where the students shared their thoughts of their high school years as well as musical and dance performances. He reflected on two of the students’ insights of their changing personas over their times at the school. “With the evolution of new selves, you reminded us how portraits and promises are always changing and how this community embraces an ongoing reinvention of self and celebrates at once who you are and who you will become,” Levine said.

Maryellen Carroll ’21 provided the introduction to the day’s commencement speaker Upper School English teacher Dr. Heather Wayne. For the past several years, Wayne served as Carroll’s teacher and advisor who listened to her laughter, crying, and struggles through her senior thesis. Like clockwork, Wayne could expect to receive a Sunday 11 p.m. missive from Carroll in a panic over chemistry or overdue work which Wayne would always respond to in a calm, measured, and reassuring manner.

Wayne’s speech was structured around a poem by Seamus Heaney called “Scaffolding,” which incidentally was the focus of her high school valedictorian speech as well. To her 18-year-old self,  the poem was about permanence and impermanence. “I thought I knew which structures in my life would be permanent, and which structures were only temporary supports, scaffolding that I could allow to fall, leaving a secure stone wall behind,” she said. As Wayne’s life progressed, some of her once held firm beliefs have been altered while other things have taken their place.

In the course of her writing the speech, Wayne asked her students how they have changed over the past year, and most students shared they have found a stronger sense of themselves and learned to value their relationships. In a year of much loss, much was also gained.

Wayne said that some of the scaffolding that has fallen over this past year has exposed “the crumbling walls of our unequal and uneven health care system; it has exposed the urgency of shoring up our country’s foundational promise that we are all created equal and endowed with the right to life, liberty, and the pursuit of happiness; it has exposed the pervasive cement of inequality that wrongly holds so many of our institutions precariously in place.”

Head of School Tom Dillow told the graduates that after their collective experience that they will be better equipped than most classes that came before to weather the storms ahead and draw strength from the exercise. Rather than lament, become angered by, or resist a trying situation, Dillow said one can find peace when one accepts the new reality.

“Class of 2021, did this magnificently this year. You didn’t swim against the current; you didn’t curse fate – as the world spun out of control around you, you went with the flow. You zoomed. You wore masks. You socially distanced. You played shortened sports seasons and sang in virtual choirs. There were many sacrifices you had to make, but you learned to appreciate things we used to take for granted. You were dealt a bad hand, but you said, “It is what it is” and made the most of what you had. You showed such grace this year, such resilience, such patience. And we so very proud of you. Take these lessons with you and use them to help you navigate when the seas grow stormy and you are faced with having to make sacrifices again,” Dillow said.

Seven members of the class had parents who also graduated from KO. 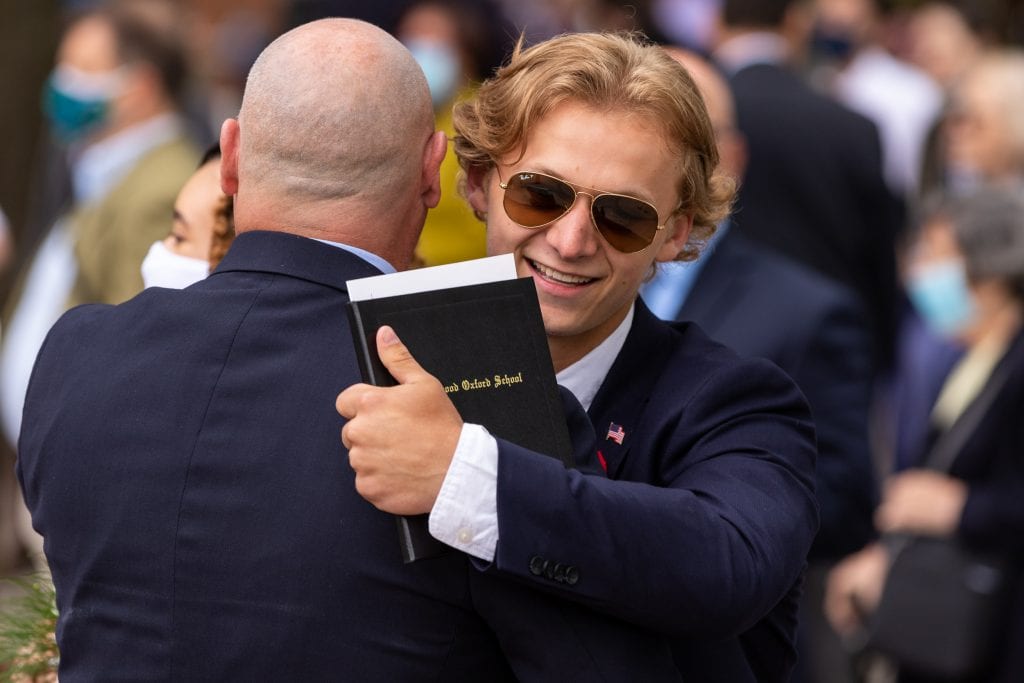 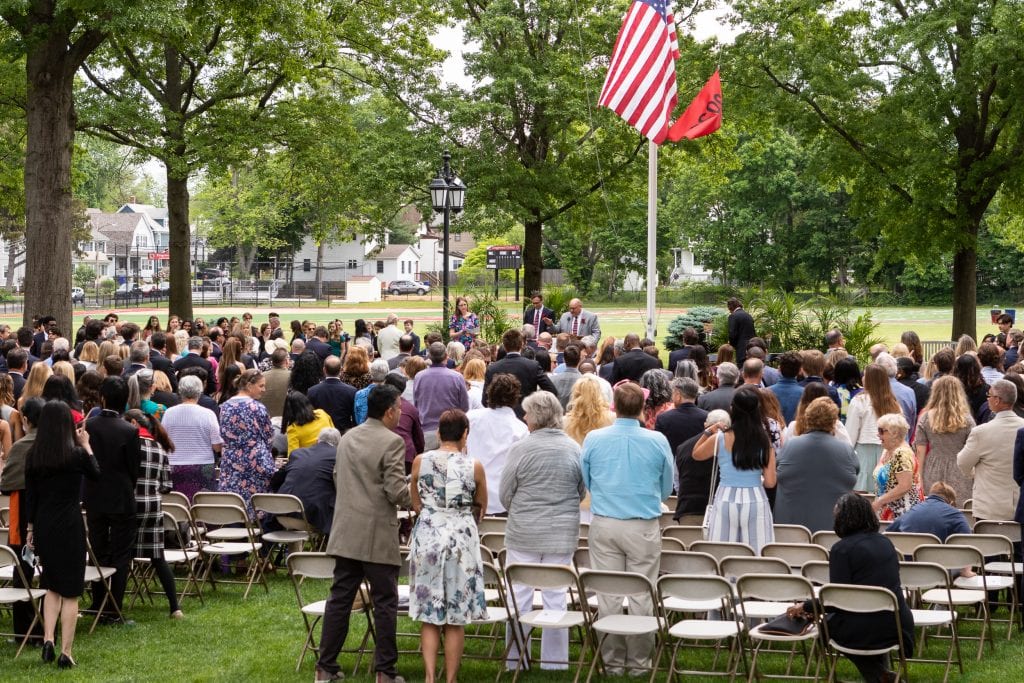