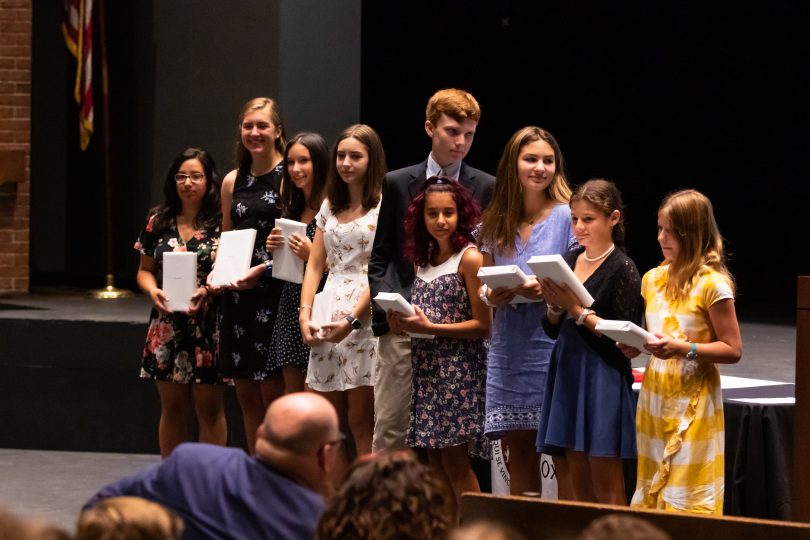 Students at Kingswood Oxford School in West Hartford returned to school on Tuesday. 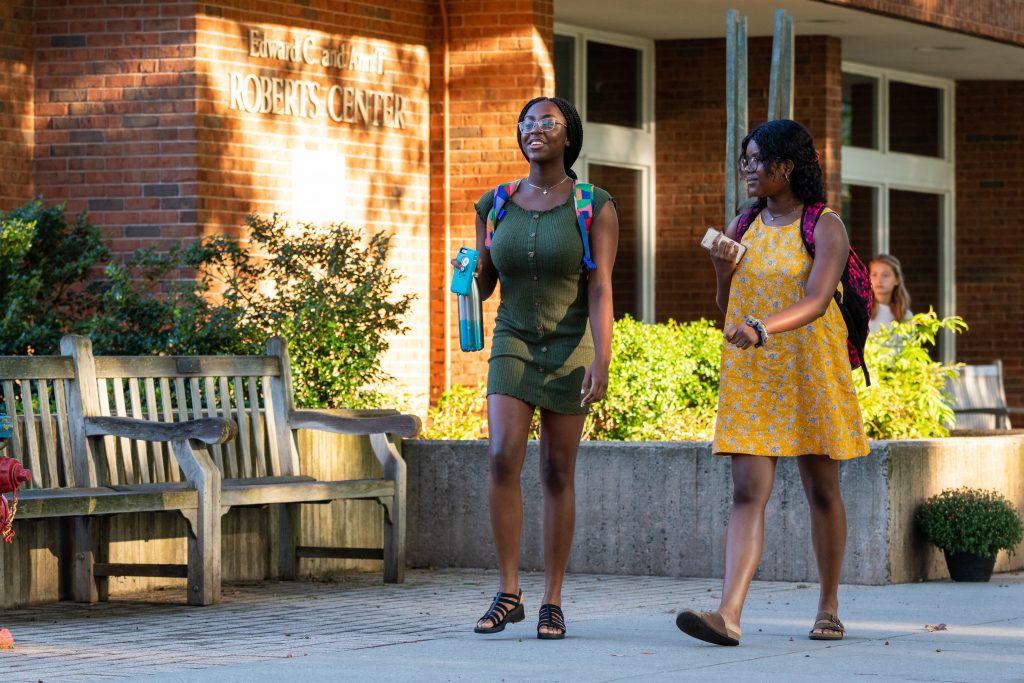 With great anticipation, Kingswood Oxford opened its doors to 515 students for the 2019-2020 school year with its celebrated Convocation on Tuesday, Sept. 3. This year marks KO’s 110th year as a school and its 50th year as a coeducational institution marked by the merger of the all-girls Oxford and the all-boys Kingswood in 1969.

Head Prefect Juanita Asapokhai ’20 of South Windsor launched the ceremony by musing on her journey over the past three years, remembering the time when she was sitting in the audience. She never imagined that she would be conducting the assembly. “I wanted to be up there at the podium and over time I realized I had the opportunity. People gave me a chance,” she said. 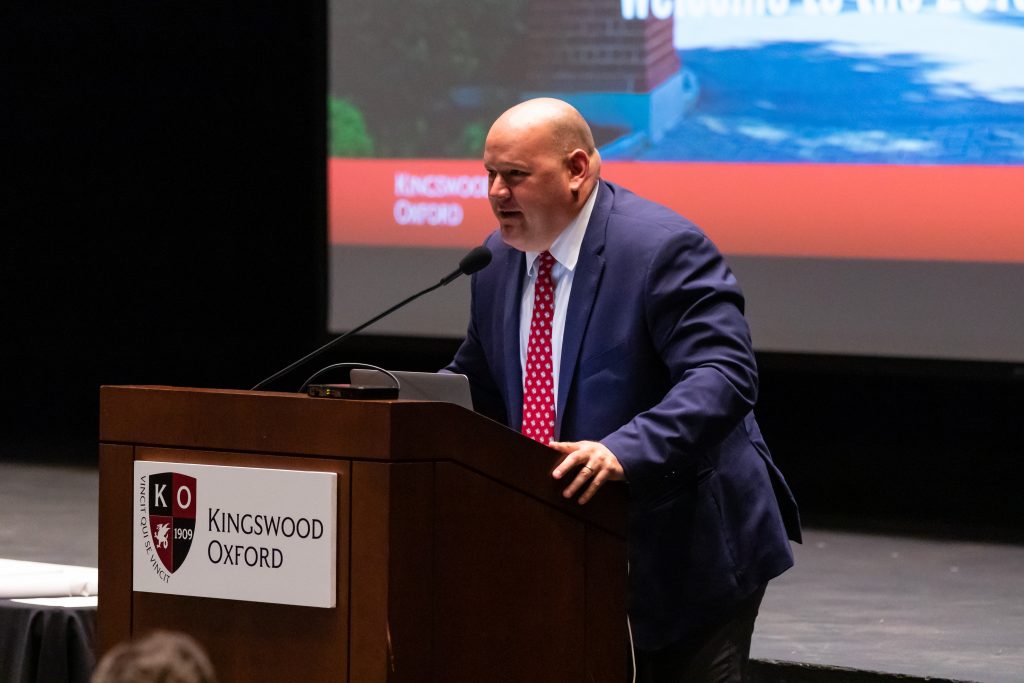 Asapokahai weaved her experience of failing her driver’s test with the students’ own ability to be in the driver’s seat of their career at KO. She told the students that they were in charge of their own destiny and through perseverance they could accomplish great things despite some bumps along the road. She cautioned the group that she will be retaking her driver’s test on Saturday so to be wary on the road.

Speaker Jackie Oulette ‘20 of West Hartford urged the students to take advantage of all the possibilities available to them and to “do things you’re not sure you want to do.” By breaking out of old habits, students may find new interests and passions. She stressed the importance for students to slow down their pace so that they may enjoy each other and themselves. “There will always be work and the things that you have to get done,” Oulette said.

Head of School Tom Dillow reflected on the school’s value of embracing intellectual curiosity. “Being intellectually curious is wanting to know and to understand the world in which we live. It involves a deep desire to learn more about other peoples, cultures, and places. It is about developing a life-long love of learning,” said Dillow.

Dillow shared a short video of a baby’s innate sense of curiosity. A person off-screen places various items in front of the baby to see which item the baby engages with. In every case, the baby reached for the more prosaic item (keys, water bottle, phone, eyeglasses, plastic) rather than the shiny, colorful one (doll, red block, rubber cat, toys). Babies are hard-wired to learn, but unfortunately, over time an adult’s sense of curiosity fades.

Dillow offered up possible reasons for why curiosity is snuffed out. Socrates posited that our inflated sense of pride stifles further inquiry. Einstein suggested that our educational system is the culprit and others feel that smartphones and technology give us an easy out since they provide us with easy answers. 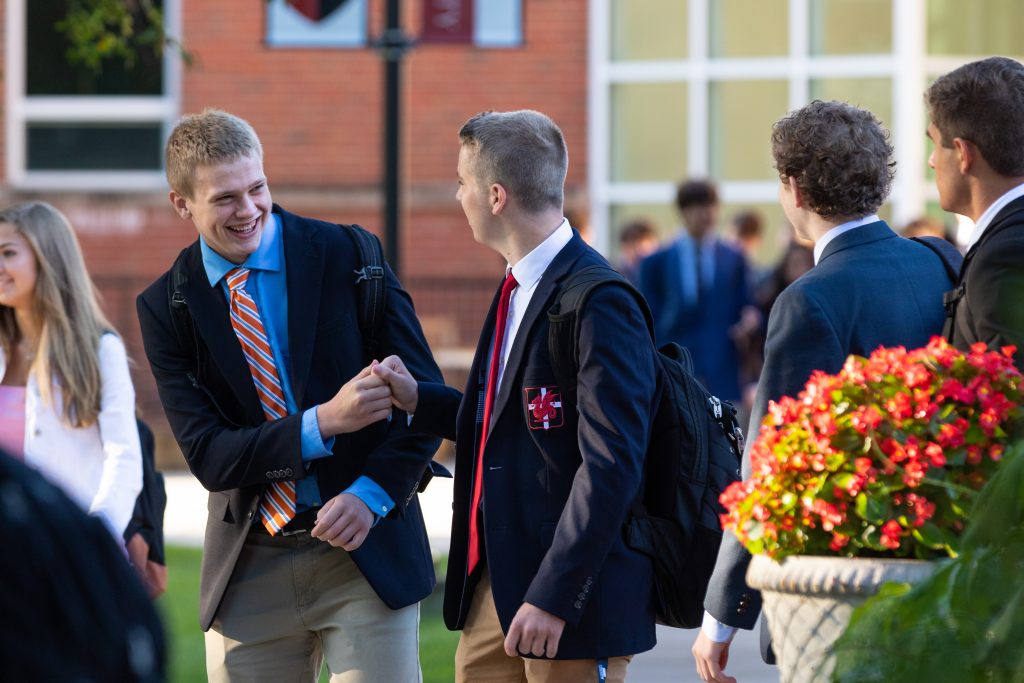 Intellectual curiosity allows students to become better learners since they are more intrinsically motivated. By seeking out newness, one can live a more fulfilling and interesting life and in turn, one can become a more interesting person.

“The flip side of intellectual curiosity is ignorance … and there is danger that a broad current of anti-intellectualism and willful ignorance could one day threaten our democracy. What will come of our nation if the future leaders of the country and of industry are not intellectually curious or ill-informed?” Dillow asked the audience.

In an effort to develop intellectual curiosity, Dillow offered the students three exercises to practice throughout the year. First, he told the audience to not accept ignorance. Second, he charged them to practice intellectual empathy and humility and seek out the other side of an argument. Lastly, Dillow felt a healthy dose of skepticism is helpful and one should subject ideas to a rigorous form of testing.