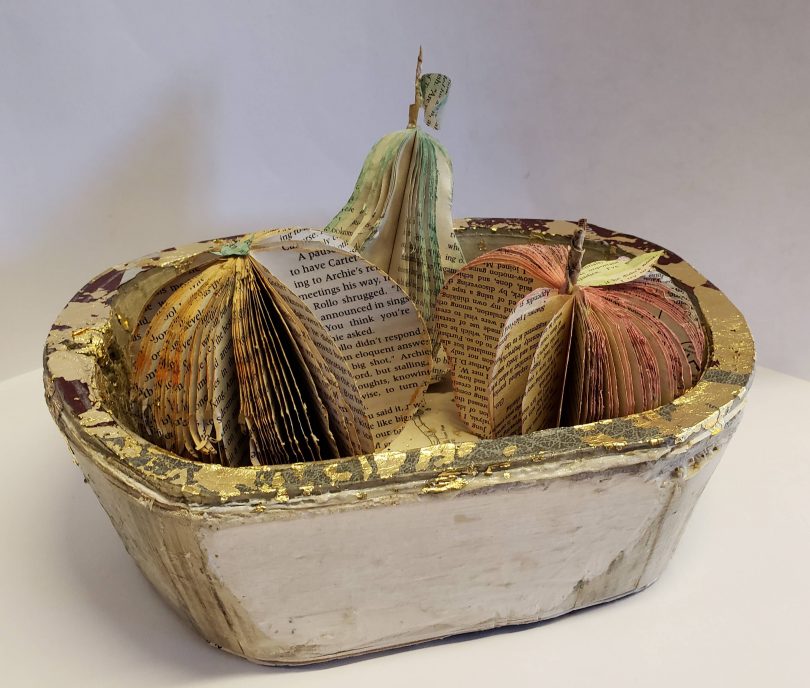 For Kingswood Oxford students Eli Brandt ’23 of West Hartford and Madi Oh ’23 of Avon, earning gold stars in art class this semester was just the beginning of the recognition they each received for their creative work.

On Jan. 27, both artists were awarded another golden token of accomplishment: Gold Keys. The keys are a distinguished honor, given to just 256 of 3,000 submissions in this year’s Connecticut Regional Scholastic Art Competition.

Middle School Creative Arts Department Chair, Katherine Nicholson, entered the works of five KO students, including Brandt and Oh, into the competition earlier this month. The theme of this year’s competition was “Celebrating the Creative Spirit of Connecticut Youth,” and is aimed to encourage young artists to unleash their creativity through unique projects and mediums. Selected works were also on display at the Silpe Gallery in Tabu Hall at The University of Hartford through Feb. 1.

Students in grades 7-12 from public, private, or home schools were eligible to apply in 29 categories of art and writing for their chance to earn scholarships and have their works exhibited and published. The art categories include ceramics, drawing, jewelry, mixed media, photography, painting, sculpture, video game design, and more.

Nick Cannata ’20 and Amrita Natarajan ’22 were both selected from the Upper School to enter their printmaking pieces, while Kyra Dunnrivine ’23, Eli Brandt ’23, Madi Oh ’23 were all chosen from the Middle School – Dunnrivine for drawing, and Brandt and Oh for sculpture.

According to Scholastic competition and award guidelines, Gold Keys are regional awards bestowed on submissions that represent the “very best works” submitted to local programs. All Gold Keys are automatically considered for national-level recognition.

“Since both Madi and Eli received the Gold Key, they will be moving onto the national competition,” Nicholson said. “We will know the results in March if they were juried into the national exhibition in Washington, DC.” 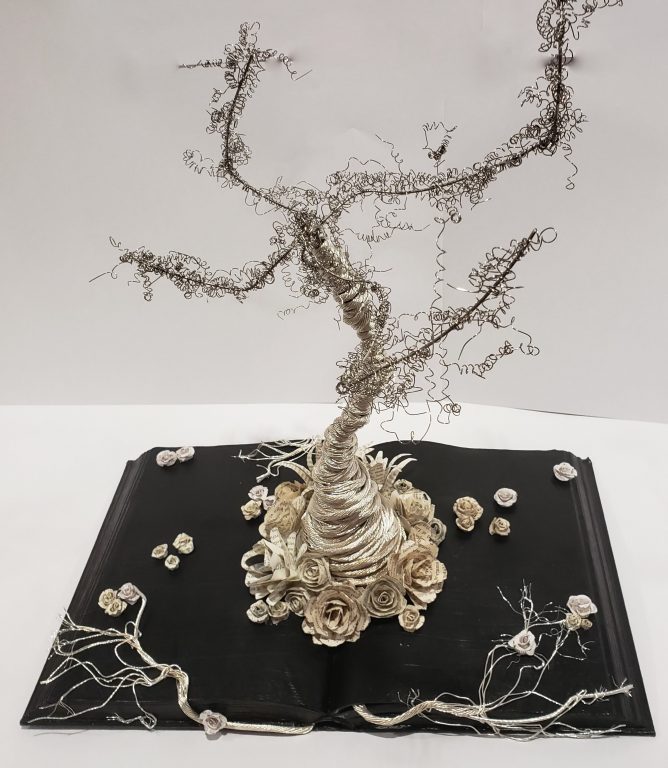 Oh’s submission was also awarded Best in Sculpture for Group 1, which is the Middle School division of the competition. Sculpture submissions, according to the jurors’ set standards, are “three-dimensional art objects created by carving, casting, or other shaping techniques that can have interactive qualities.” Examples include but are not limited to modeled, carved, cast constructed, or assembled objects. Materials may include clay, cardboard, metal, acrylic, wood, glass, stone, or plastics.

Brandt created an intricate sculpture of a fruit basket for his submission. He fashioned an oblong basket out of an antique car manual with a shiny gold foil finish. The basket holds a pear, an apple and an orange, each expertly sliced and shaped from the bound pages of a different novel. “I was looking at photos online of art to create with books,” Brandt explained. “I was inspired by the cut-out silhouette design using book pages, so that led me to make the pear first.”

Oh also drew inspiration from the printed pages of old books. Her sculpture features an array of flowers, each crafted out of the cream colored sheets covered in an inky black text. The flowers are glued to the open face of a book, which she painted black. A wire figure resembling a tree trunk extends up from the flowers, its curvature adding an eye-catching element to the mixed-media design.“I really wanted to incorporate wire so that’s where the tree design came from,” Oh said. “I was easily able to make the flowers at home and then bring them in, but in total the project probably took me about five weeks to make with a lot of time spent after school and during study hall.”

Brandt agreed, noting that he also spent a great deal of his time outside of class perfecting his piece. “It took a week or two … or three,” he said, smiling. “But I enjoyed all of it.”