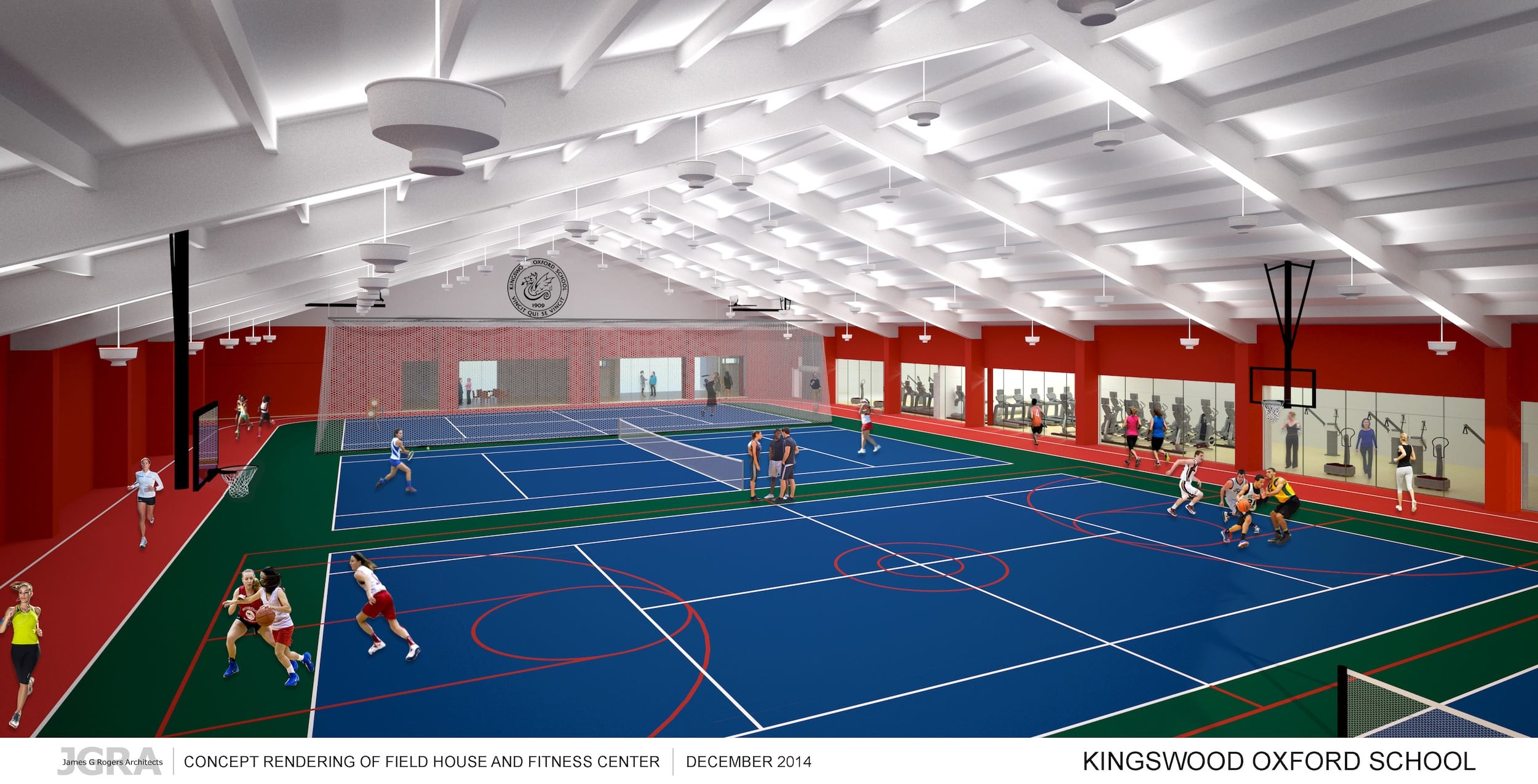 West Hartford’s Kingswood Oxford School has established a committee, and will explore offsite hockey options rather than completely eliminating the sport for its Upper School boys and girls. 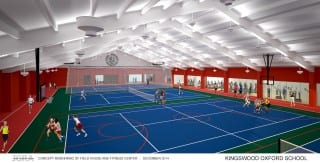 Kingswood Oxford School has just released its “2020 Vision” – a master plan for the future of the private school’s West Hartford campus – and a major component of that plan is repurposing the 35-year-old Brayton Ice Hockey Rink into a field house and fitness center. The plan also includes phasing out the school’s boys and girls hockey programs.

In developing the “2020 Vision,” KO took a look at the entire campus, said Director of Communications and Marketing Michelle Murphy. According to the master plan, “KO set about determining how to reconfigure and redeploy its fiscal, physical, and human resources in a sensible, mission-appropriate way so it can continue to offer the best possible 21st-century educational program in the Greater Hartford area.”

The question: “How can we both consolidate and expand where appropriate, in the right way?” guided the planning process, Murphy said. 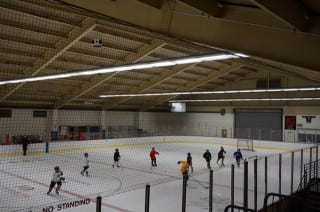 In the 2007-08 academic year, Kingswood had a combined total of 597 students in its Upper School (high school) and Lower School (middle school). When economic conditions contributed to a dwindling enrollment, the administrators and the Board of Trustees determined that an enrollment of approximately 500 students, which is the current number, is ideal and decided to include that population goal as part of the master plan.

The cavernous 35-year-old Brayton Ice Rink is in need of $500,000 to $1 million in improvements just to keep operating properly and safely, and was one of four main areas of campus considered in the master plan.

In addition, the work of KO’s Athletic Task Force, which examined all of the sports on campus, was taken into account in the decision to repurpose the rink and phase out the hockey program.

When a letter about the forthcoming 2020 Vision master plan was sent out to parents, alumni, trustees, and others affiliated with the KO community in November, and plans for the rink and the hockey program were mentioned, many thought that the rink would be demolished. A Facebook page “Save Kingswood Hockey” has since been formed, and a change.org petition, which had 852 signatures as of Dec. 20, has been circulating.

KO has now formed a committee to explore the option of an offsite hockey program to accommodate the sport beginning in 2016.

“We’re not tearing it down at all. We will be renovating. It’s a huge footprint that could be used by so many others,” Murphy said. Currently the rink is used by the boys and girls hockey teams, and also serves as an indoor tennis facility off-season. CT Speedskating, West Hartford Hockey, and CT Chiefs also lease ice time at the rink. 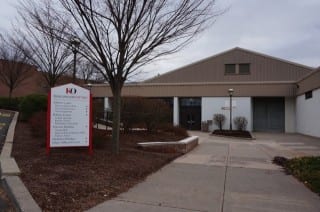 “The [ice rink] building could be used by every athlete on campus,” said Murphy. That’s what KO’s master plan, to transform the rink into a 25,726 square foot field house, and a 23,824 square foot state-of-the-art fitness center and locker room, will do, she said. The field house will contain retractable basketball hoops, a track for practice, and tennis courts. It will also be able to be used as a convocation center.

Jeff Streett, KO ’80, played hockey for the Wyverns when he was a student. His brother also played at KO. His son is currently a freshman in the Kingswood hockey program.

Streett disagrees with the plan for the rink and the hockey program, and started the Save Kingswood Hockey Facebook page as well as the petition.

“We feel like they’re not being forthright with all of the information. The committee didn’t reach out to alumni,” Streett said about KO’s decision to repurpose the rink and phase out the hockey program. “If run properly, the rink should be able to generate significant income to the school,” said Streett.

Streett thinks that if it is run professionally with the goal of being revenue-producing, the rink could generate enough revenue to help pay for a brand new field house and weight room. He believes the school should have those amenities as well as the rink. “No one is saying we don’t want a field house,” said Street. 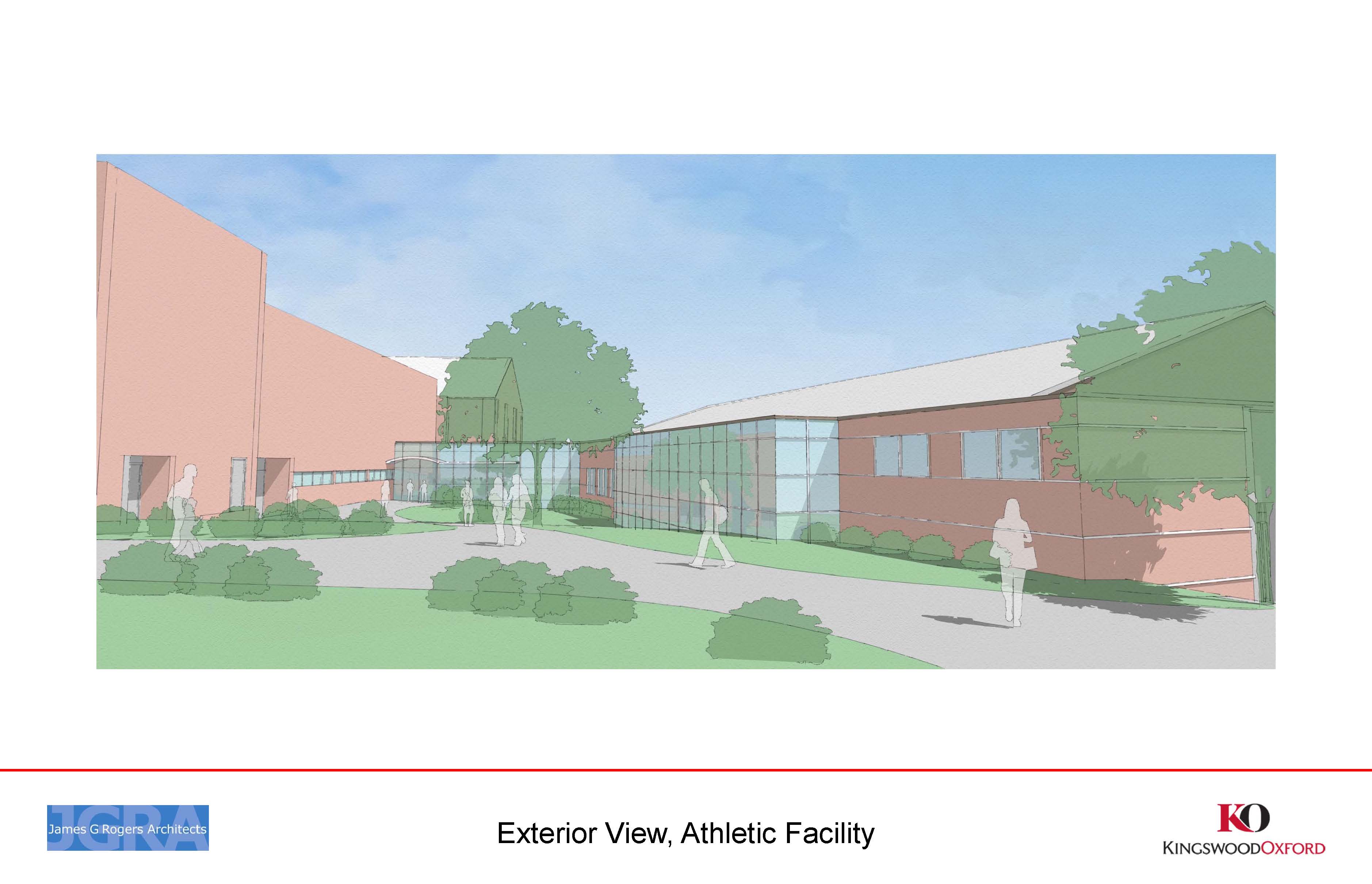 Rendering of the new athletic center at KO. Image courtesy of Kingswood Oxford

“The common sense thing to do is keep a rink that should be generating money,” said Streett. He said that the field house could be built on property currently occupied by The New Children’s Museum, which has been owned by Kingswood since 2003. The museum’s lease does not expire until 2017, and Murphy said that property was not part of the master plan.

Bruce Mandell, KO ’82, is a member of the Board of Trustees and co-chair of the offsite hockey committee. “The Board spent several meetings reviewing detailed presentations (some of a confidential nature) regarding KO’s Vision 2020. Ultimately, we unanimously voted to move forward with this exciting new vision. A centerpiece to the vision is the repurposing of the hockey rink. It was the board’s belief that a multi-sport field house and state of the art fitness center that is an integral part of the campus was critical to maintaining KO’s leadership position as the best day school in the Greater Hartford area. This field house will be a place for the whole KO community to interact, workout and compete,” Mandell said in an email.

As for the Children’s Museum property, Mandell said that its future “will unfold over time.” He said that the location of the space, which is across campus from existing athletic facilities “isn’t optimal for a field house.”

Streett said that a “very generous parent” had offered a sizeable donation to pay for needed repairs to the existing rink, but that the offer had been refused by the administration and the Board. He calls the refusal “fiscally irresponsible.”

“It is true that the rink needs major repairs and that there have been offers to assist with paying for some of the repairs. And It is possible to raise rates on the general community on the use of the rink, but these solutions will not resolve the KO need for a multi sport facility and fitness center at the heart of the campus. That was a critical aspect of the Board’s October vote,” said Mandell.

The initial decision to phase out the hockey program was based on a recommendation by KO’s Athletic Task Force.

“The breadth of sports [currently available at KO] is too large for the number of students we have,” said Athletic Director Sue Cabot. She said that hockey is currently the school’s most expensive sport in terms of cost per player. Even though hockey players supply all of their own equipment other than pucks, the cost of transportation and officials for 20-25 games is steep.

The participation in hockey has been dwindling, with just 23 players on the boys team this year. Of those, 11 are seniors and eight are juniors. The girls team has only 15 players, of which two are seniors and five are juniors. “We’re trying to be competitive in the group of schools we compete with,” Cabot said, which is the goal of all of KO’s programs.

Kingswood is part of the Founders League for hockey, which includes many boarding schools such as Avon Old Farms that recruit players from throughout the country as well as from Canada. According to KO, only 8 percent of the boys and 12 percent of the girls on Founders League teams are from Greater Hartford. Cabot said it’s difficult to compete when you can’t even fill three lines.

Streett is concerned that KO has not been committeed to recruiting to keep the hockey program competitive all along. He’s also disappointed that his son, a hockey and lacrosse player, may lose the opportunity to play hockey for his school and that he, and other hockey players who play multiple sports, will need to look elsewhere. “Seniors graduate every year. If you know your program numbers are down, you have to be committed and recruit,” said Streett.

This is the final year that KO will compete in the Founders League. If there are still enough participants to field teams in 2015-16, they will play an independent schedule. The Board’s original decision was to completely phase out the program, but in response to requests KO has now formed an “Offsite Hockey Exloratory Committee.” Mandell chairs that committee along with Karen Jarmoc (P ’14, ’14, and ’17).

“My role is to look to the future, to find a viable hockey program for the students. There should be a chance to play,” said Jarmoc, whose daughter is a sophomore hockey player.

Jarmoc said that the decision to phase out hockey was “certainly disappointing to students and alumni,” but that she is confident the committee will come up with ways to maintain hockey. She said that some prep schools have rinks, others don’t. “Most of the kids playing hockey at KO are used to traveling. That’s pretty much standard,” she said.

“The key component is to have stakeholder input, which was missing previously,” said Jarmoc. “My goal is to include that, to take it from where it is and move forward with a viable, strong, hockey program.”

The offsite exploratory committee will meet every other week beginning in January, and will present its recommendations to the Board of Trustees in April 2015.

“The Board and I take great pride in the master plan that clearly reflects KO’s 2020 vision. Over the next several years improved state-of-the-art facilities will help transform our campus, yet at the heart all improvements focus on people and program, and preparing our students even better for the challenges and rewards of the 21st century,” said Head of School Dennis Bisgaard in an email.

According to the master plan, transformation of the Brayton Rink will provide “clean, airy, modern building with high-end multipurpose floor to accommodate competition in basketball, tennis, volleyball, indoor socer, futsal, and robotics as well as inclement-weather practice and workout space for all athletes.” KO also hopes it may become revenue-producing if it can be leased out for activities such as AAU basketball tournaments.

“I think it’s what’s needed to move the school in the right direction,” said Lori Wetsman, a KO alum and current parent. Wetsman said that it’s important “to keep up with the changing times,” even if it means losing the hockey program. A recent article in the Hartford Courant pointed out that there are dwindling number of high school hockey players throughout the state. 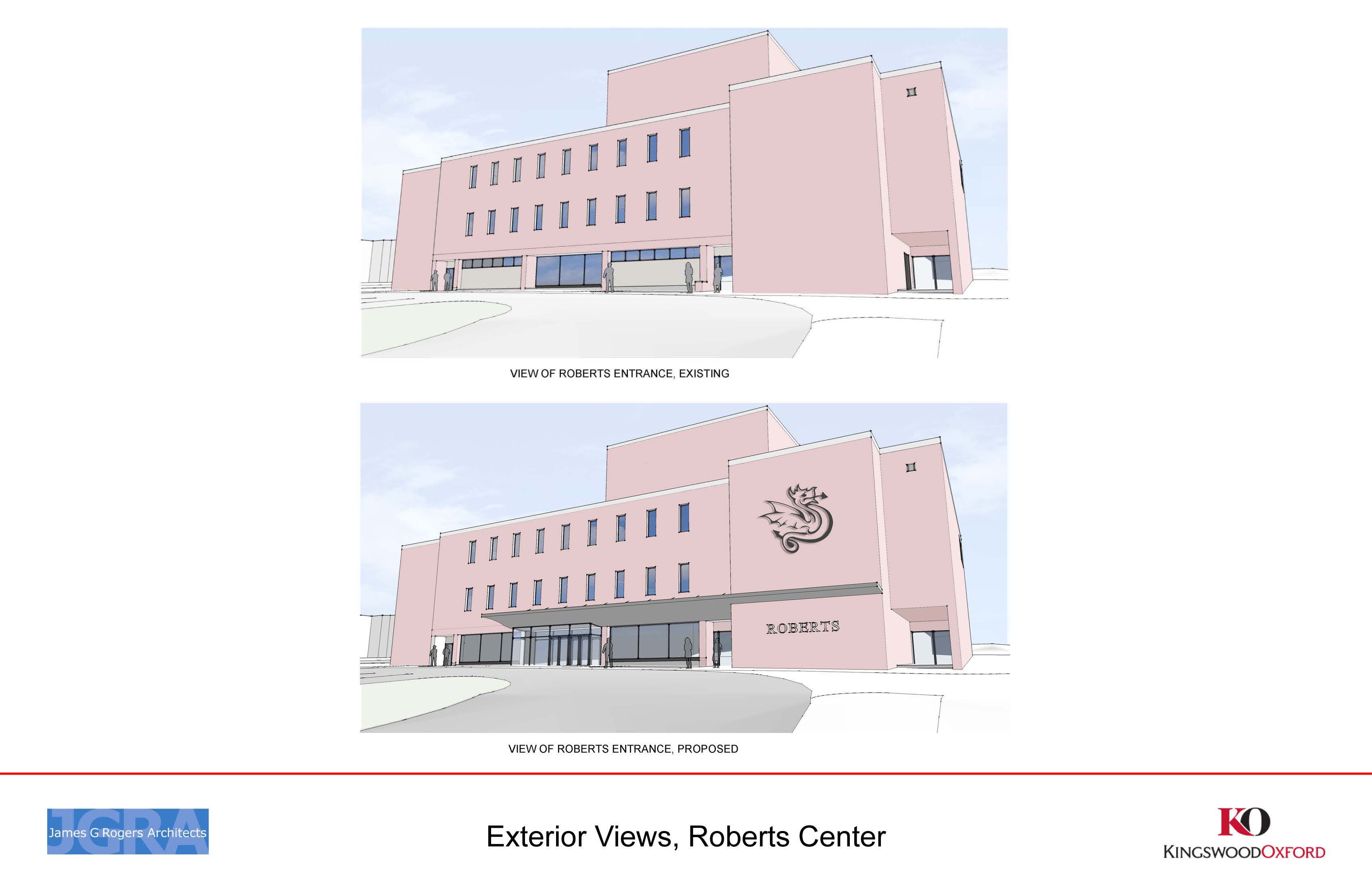 ‘Before and after’ exterior views of Roberts Center. Image courtesy of Kingswood Oxford

“Part of our strategy is to foster lifetime fitness for all,” Murphy said. The new facility will serve everyone, and it’s also important to have a new weightroom to accommodate the training of athletes in all sports, she said. Cabot agreed. “We need to have the strength and conditioning facilities for all of our athletic programs, and also meet the education needs of all of our students,” she said.

Other components of the 2020 Vision master plan include a facelift for the Trout Brook entrance to the KO campus, with new signage, landscaping, traffic flow, and lighting. The college advising offices in the Roberts building will be relocated and upgraded. The Conklin Library will also be reinvented into a “7,000 square foot, 21st century student research and innovation center” according to the plan.