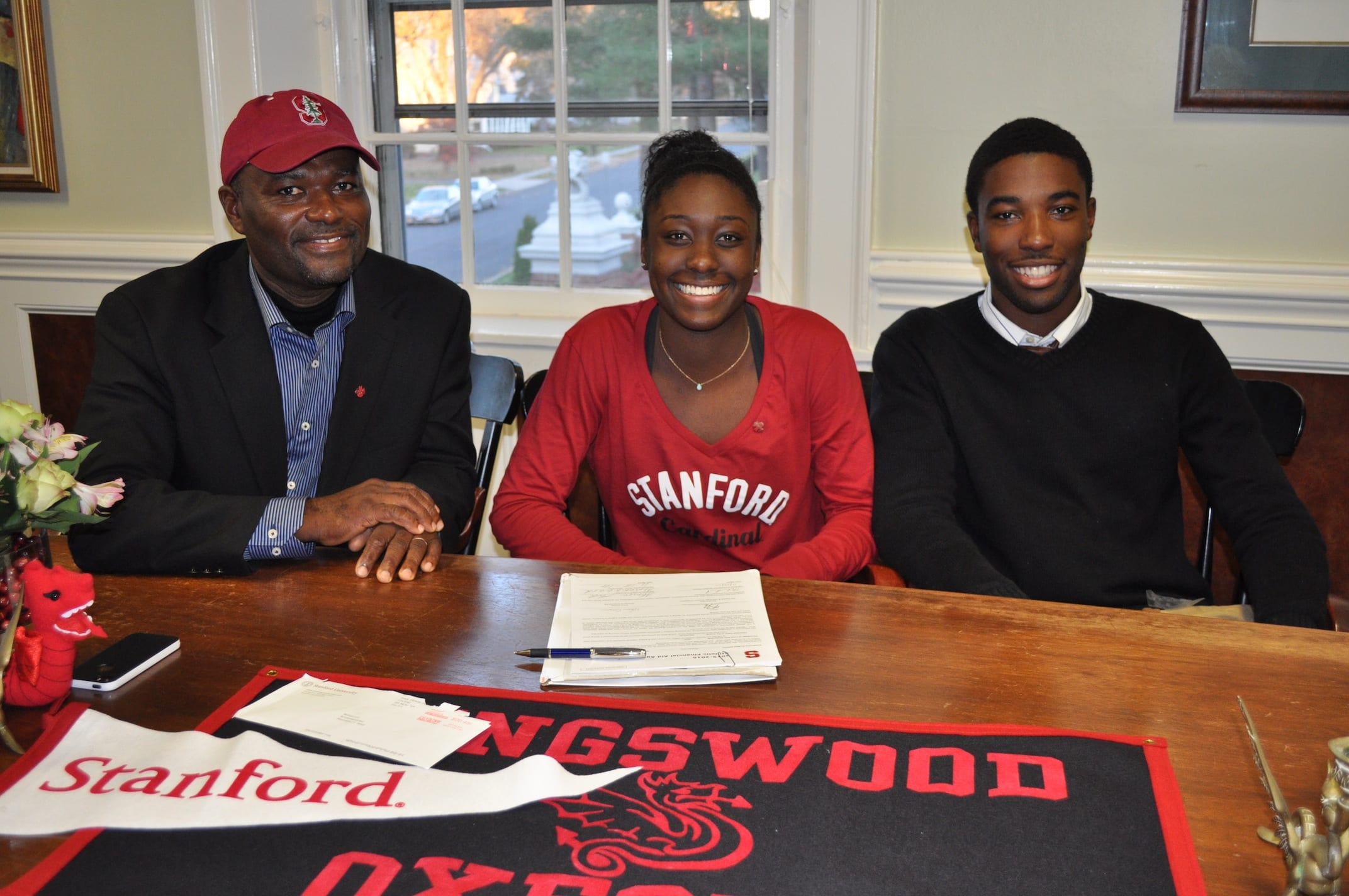 Flanked by her father, Alman Lord, and her brother Matthew Lord ’17, Melissa Lord ’15 celebrates her commitment to play tennis next year at Stanford University. Submitted photo

Lord, a senior at West Hartford’s Kingswood Oxford School is currently ranked #2 in New England and #10 in the country by tennisrecruiting.net. 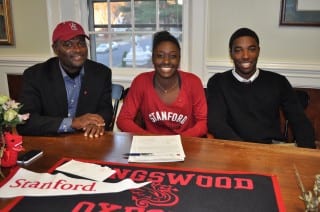 Flanked by her father, Alman Lord, and her brother Matthew Lord ’17, Melissa Lord ’15 celebrates her commitment to play tennis next year at Stanford University. Submitted photo

Kingswood Oxford’s Melissa Lord ‘15, the #10-ranked girls’ tennis player in the country, signed a letter of intent on Nov. 14, 2014, to play tennis at Stanford University next year.

“This is a very proud moment for Melissa, her family and Kingswood Oxford,” said Athletic Director Susan Cabot. “Melissa is blessed with a special talent, but it was her hours of hard work and her commitment to excel that earned her the opportunity to play at one of the finest academic and athletic institutions in the country.”

The daughter of Alman and the late Iona Lord of Bloomfield, Lord is undefeated in 78 singles matches at KO, which she entered in sixth grade. Ranked #2 in New England and #10 in the country by tennisrecruiting.net, she plays #1 singles and #1 doubles for the School.

“In my opinion, she is the best player in the history of the Founders League,” said KO Head Girls’ Tennis Coach Ron Garcia. “Only her sister Dayna was at her level. It has been a great honor for me and our entire team to be a small part of Melissa’s tennis success over the past six years.”

Dayna Lord ’13, now a sophomore at Brown University, was named the Ivy League Rookie of the Year in May 2014 after her 29-7 freshman season – the most wins in a season at Brown since 1997.

Meanwhile, Melissa Lord led the KO team to a championship trifecta in May 2014: The Varsity Girls’ Tennis team won the Founders League, Coe de DeVillafranca Tournament, and the NEPSAC B division titles, capping the team’s 12-1 season.

An honor roll student, Lord also plays varsity volleyball and is an editor of the yearbook. In addition, faculty chose her as one of 12 Prefects – KO seniors who serve as mentors to freshmen. And, she is a member of Shield & Dragon, KO’s selective tour guide group.

“We know that she will continue her pursuit of excellence on the court and in the classroom, and with that big smile, will continue to share herself and her dreams with her teammates and family,” Cabot said.

Nurturing well-rounded student-athletes is a cornerstone of a Kingswood Oxford education. The School will host a special Athletics Open House for prospective students on Dec. 8; to register, visit www.kingswoodoxford.org. To schedule a private tour and interview, contact [email protected] or call 860-727-5000.